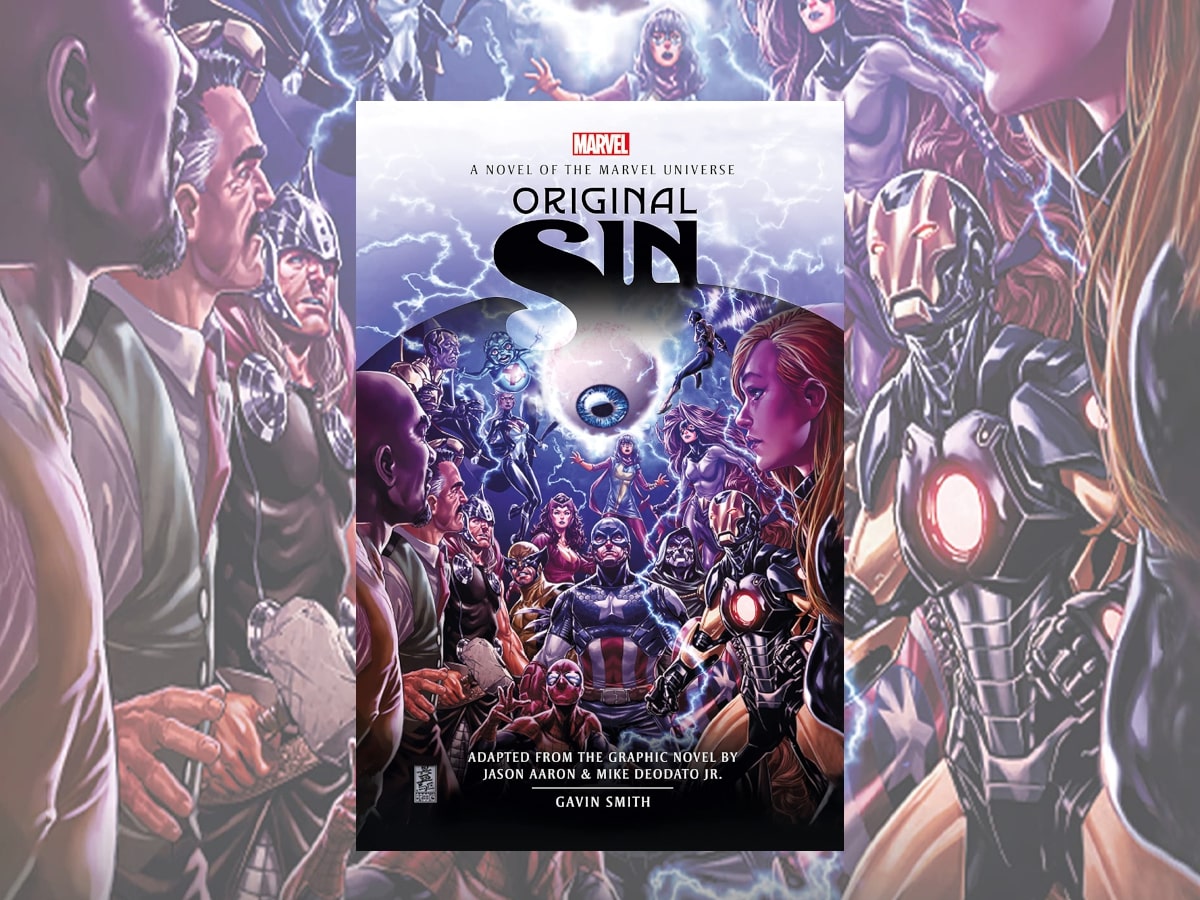 I must confess I’m not a great fan of film tie-in or franchise books. They often rely too heavily on the franchise on which they’re based, and so do away with things like characterization, plot, and even in some cases, the English language. (Stares hard at Games Workshop imprint, The Black Library.) Nevertheless, the premise of Marvel: Original Sin, was too delicious to pass up. A superhero whodunnit were the murder victim is “The Watcher.” Never mind “Who watches the Watchmen?” how do you kill someone who can see everything?

What Is Marvel: Original Sin?

The “how” is quickly revealed. Slightly unsatisfactorily, if I’m honest, but what follows is an entertaining superhero buddy team-up caper. One that knows its comic book lore and isn’t afraid to poke fun at it.

The Original Sin storyline was originally run in comic book form, and this is a prose-only retelling. I have neither seen nor read one of the original comics that the novel is based on so I can’t comment on the novel’s qualities as an adaptation.

The death of the Watcher is obviously a big deal. To make matters worse, somebody also stole a truckload of Watcher tech. When souped-up nasties start trashing New York City, it’s only a matter of time before the Avengers turn up. Parallel to this storyline are another three team-ups. They’re all searching for the murderers but at whose behest? Whether each team has the same aim as the others is not clear.

In one team we have Black Panther, Ant-Man, and Emma Frost. In another we have Doctor Strange and The Punisher, whilst yet another includes Moon Knight and the Winter Soldier Meanwhile, in New York, Iron Man, The Hulk, Spider-Man, Ben Grimm, and a host of other heroes make an appearance. There are all sorts of Avengers assembling.

This novel is unashamedly fun. Quite violent, so not suitable for younger readers. Sassy too. It is arch and knowing, not quite breaking the fourth wall, but there is more than one character who grumbles about disliking superhero team-ups. The writers of Original Sin clearly know their source material. Well enough to play with conventions and expectations but not break them. The plot mostly hangs together but there are all sorts of mutant/cosmic shenanigans, so in many ways, it doesn’t really matter whether it does or not. THE plot certainly leans towards the absurd.

What I enjoyed most about the novel is that familiar characters are put on a different footing to usual. As stated above, I’m not a reader of the comics, most of my knowledge comes via osmosis or from watching the MCU adaptations (many of which I have mixed feelings about). By and large, in the on-screen iterations, who is “good” and “bad,” is clearly defined. I wouldn’t say this book has “shades of grey” but it definitely has mixed motivations and differing agendas. Perhaps the person who killed The Watcher had a very good reason for doing so?

I was very pleasantly surprised by Original Sin. It far exceeded my expectations. Whilst some will no doubt argue it doesn’t have the immediacy (and visual appeal) of a comic strip presentation, it still delivers a vivid portrayal of the Marvel universe. Probably I should read more of Marvel stories in the original format, but it’s good to see that the franchise can crossover into entertaining full novels too. I will still approach tie-in novels with caution but Marvel: Original Sin is a fine reminder that they can be done properly. It is possible to deliver a great reading experience without overly-relying on the crutch of a much-beloved franchise.

If you enjoyed this review, check out my other book reviews, here.

Disclosure: I received a copy of Marvel: Original Sin in order to write this review.