As an artist and author, he’s visually chronicled the history of novelty prank and magic trick maker S.S. Adams Company , contributed several paintings to fun shows at Gallery 1988, and his Secret Fun Spot website has earned the public praise of J.J. Abrams.

And his new book, Mail-Order Mysteries: Real Stuff from Old Comic Book Ads! pulls back the curtain on all those oh-so-tempting novelty pitches that intrigued generations of kids and triggered incessant parental eye-rolling and head-shaking.

Demarais, 37, grew up in a town of about 5,000 people, where, he noted, “there was ample time to dedicate to my limited diversions.”

GeekDad: What sorts of TV shows, movies and books held your interest before comic book novelties became your obsession of choice?

Kirk Demarais: I watched any kid-friendly programming that our thirteen channels happened to serve up. The Brady Bunch and Gilligan’s Island reruns would tide me over until Saturday morning nirvana. Spooky themes were always appealing in shows like Groovie Ghoulies, Scooby-Doo, and Land of the Lost. I also liked drawing, collecting, rare trips to the movies, Atari, Scholastic books and playing with my Star Wars stuff.

GD: In the introduction to Mail Order Mysteries, you mention buying the Micronauts comic issue #9 as a kid and being enthralled by these novelty ads — talk a little bit about what hooked you, and whether there was one item in particular you just couldn’t get out of your mind?

KD: The X-Ray Spex definitely jumped out at me because I thought I suddenly had access to a super power. I think it was also the casual mixing of utilitarian items (like a stop watch) with spooky listings like a coffin bank, a life-size ghost and a skull key chain. I felt the same excitement when I first visited Gatlinburg, Tennessee or Clifton Hill at Niagara Falls where, scattered among the standard shops and restaurants, are walk-through spookhouses.

GD: Did you ever come close to sending off for something against your parents’ advice?

KD: Even when my folks were on board it was nearly impossible for me to put together the simple combination of stamp, envelope, and currency. Then there was all the rigmarole involving street names and zip codes. Without the full support of my parents such a feat was unfathomable.

GD: In your elementary-school years, what was the absolute best novelty item you imagined, and how would you have used it if it had turned out to be everything you dreamed?

KD: The Money Maker comes to mind because I was hoping to use it to manufacture my own cash and buy the rest of the novelties. Turns out it was just a magic trick that required you to provide the real dollars. X-Ray Spex would have made me both a super hero and a peeping tom in my well-deserved downtime.

GD: So many of us who grew up reading these ads shared your curiosity about them, but you held onto that. Did it ever fade as you got older, and was there a period where you rediscovered your enthusiasm?

KD: As with everything else, my preoccupation fluctuated through the years, but my interest in comic book ads always seemed to be percolating somewhere in my brain. In college I was probably the most distracted, but even then I was using motifs from comic book novelties in my artwork and homemade t-shirt designs.

By the time I had the wherewithal to participate in mail-order, these types of ads were gone. So I was forced to join the Columbia House Record Club and buy a lava lamp from Fingerhut.

GD: You also write in the book’s introduction about when you began buying on eBay and finally unlocking the mysteries behind the advertisements: What was the first item about which you learned the “awful” truth? (And did this happen before or after the time you began collecting the novelties?)

KD: My dad did his best to enlighten me with the truth as soon as I brought the ads to his attention. So I was suspicious of the stuff right away, but I still wanted to see for myself whether or not the claims were fraudulent. It’s not that I didn’t trust my dad, I think it was more a matter of my strong youthful optimism which had yet to meet a major adversary.

As I grew up I was able to find some of the items in stores, like my very first prank, the Snake Nut Can. But that totally delivered the fun and made me even more hopeful about the rest of the stuff. The same was true for the Coffin Bank that I was given, and the Switchblade Comb that I found in a souvenir shop. A streak like that must have been beginner’s luck.

During the short pre-eBay era of the web, my first ever online purchase was X-ray Spex, so that was really the first time my dad’s warnings were fully verified. Thanks to his guidance I never felt the full sting of mail-order letdowns in my childhood, so by the time I discovered that the 101 Toy Soldiers were two-dimensional, and the “footlocker” they came in was just a small cardboard box, I thought it was pretty hilarious.

GD: Thanks, of course, to collectors and researchers like you, it’s relatively easy now to find out the reality behind the advertisements these days — when was the last time you found yourself surprised by one of these novelties, versus what the advertising promised?

KD: One of my recent revelations involved an item called the Trick Baseball which is advertised to “bounce cockeyed, curve and dip!” I assumed it was based on the same principle as the trick cue ball, which is unevenly weighted. Once I finally tracked one down I realized that the irregular action occurs because one side of the ball is completely flat. It looks as though someone chopped off a massive chunk. So it may live up to the claims, but I always expected it to be a practical joke, and this couldn’t really fool anyone who got a good look at it.

Notice that my surprise was based on my own assumption rather than falsehoods in the ad’s copy. Many of the ads seemed to rely on the notion that kids will quickly dream up their own
scenarios and gloss over details that don’t support them.

GD: What’s your favorite “lackluster surprise” that’s given you the best dose of that twisted enjoyment of playing, in your words, “the role of the rube?” KD: That would have to be the U-Control Ghost (or its cousin the Monster Ghost). For years I had heard that it was nothing more than a balloon,

fishing line, and a vinyl sheet thatresembles a trash bag, but part of me thought it couldn’t possibly be so low tech. After years of fruitless searches one finally materialized and proved everything I had heard.

GD: Talk a bit about putting this book together — there are so many items you could have included: How did you choose which ones made the cut?

KD: First, I knew I had to include a handful of quintessential products like X-Ray Spex, Sea Monkeys, the Charles Atlas fitness program, certain pranks and various giant monsters that
embody this odd subgenre of retail. Beyond those I looked for items that were staples of comic book ads yet rarely appeared in stores. Other factors that affected the contents were availability and budget, but thankfully I was able to find nearly everything I was hoping for including some super rare items thanks to fellow collector, Eddie Guevara. His collection is unmatched and he even sells some original items as well as reproductions on his site, HouseOfTheUnusual.com.

For the super scarce rubber masks I consulted Raymond Castile who has one of the greatest monster collections known to man and runs the online Gallery of Monster Toys.

GD: What’s been the biggest surprise in terms of actually meeting – or surpassing – expectations?

KD: I was really impressed with the “Air Car” hovercraft because it actually hovers, even on water!

There’s also the earliest 6-foot monster posters from the 1960s which are gorgeously painted, matching the quality of some of Basil Gogos’s Famous Monsters of Filmland covers. Also, the Spy Pen radio is cool because it really works even all these years later and doesn’t need batteries.

GD: What’s still out there on your list of things to discover – are there still ads for which you’ve never seen the actual product?

KD: I’ve never been able to find the Frontier Cabin which is a printed sheet of vinyl that you’re supposed to drape over a card table to make a playhouse. There’s also the Electrostatic
Generator which is a small rod that connects two shiny balls and sports a small light that runs on static electricity. I’ve also been eluded by the giant Sherman Tank, but its cardboard
construction is similar to the Polaris Nuclear Submarine and the Jet Rocket Ship, which are both in the book.

GD: Talk about being a Dad, and being on the other side of the fence: It’s interesting that you note that this appreciation of the mystery seems to have really come with age, since you admit that as a kid, you would have been devastated upon learning what some of these things turned out to be. When your son asks for something — say, Sea Monkeys — and you know your response could, as your parents’ once was, be “It’s a rip-off,” do you hesitate, or do you embrace the silliness?

KD: Well, Sea Monkeys specifically wouldn’t apply because I’ve already introduced my five-year-old son to those and he was delighted by everything about them. The life lesson came when they all died after a couple of weeks of by-the-book care – on two separate occasions.

But thanks in part to this book and my large prank and magic trick collection he is keenly aware that things are not always as they seem. He’s quite open to my financial advice, but I suppose that if he ever wants a “rip-off” badly enough, and he knows the risks involved I’d probably let him experience it, although this offer won’t ever apply to cars or badly-drawn tattoos.

GD: J.J. Abrams has often talked about the importance of embracing mysteries and leaving some things to the unknown. (Of course, he still called “Secret Fun Spot” one of his favorite web sites, despite its peek behind all these novelty curtains.) How do you feel about that sort of thing?

KD: I love J.J.’s ongoing celebration of mystery. In his TED talk he shows us a beautiful “Mystery Box” of vintage magic tricks that he has left unopened because he knows that the question of what’s inside is more valuable than the solution. Years ago, I actually purchased a handsomely printed “surprise package” envelope of magic tricks from the 1960s with the very same intent. However, eventually some water damaged my envelope and one day the tricks tore out the bottom and spilled everywhere.

They were incredibly lame, but after some reflection I reveled in the thought that it was as though the powers that be decided it was time for a revelation. It just proved that some mysteries will reveal themselves whether we’re ready or not. 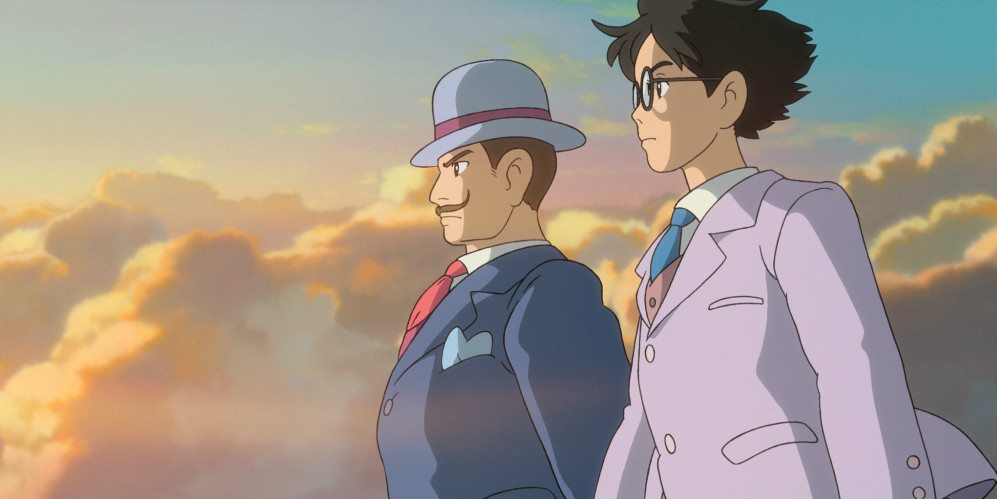 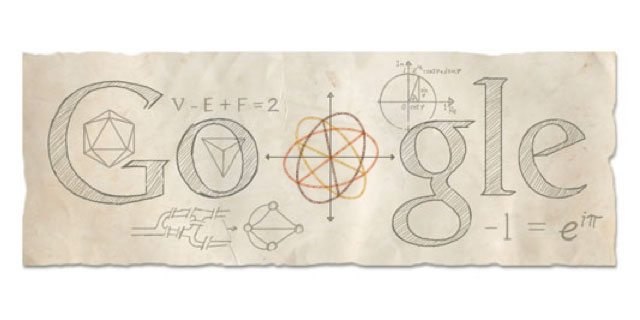