Just a reminder, friends, we’ve partnered again with the fine monkeys over at ThinkGeek for another Ultimate GeekDad Father’s Day Giveaway. As part of the sign-ups for the giveaway, fine folks can leave their own stories about the geeky dads in their lives.

And at the time of writing this little update, there are now over 9,410 entries. We’re doing our best to go through them all, working in shifts around the clock, and around the globe, to continue feature some of our favorites here on GeekDad in celebration of Dad’s Day.

So without further ado, here are a few that have tickled my fancy and pulled on my heart strings…

I will never forget the day my father decided I should learn how to program. I was in 3rd grade and decidedly a “Daddy’s girl” (I would sit and watch Star Trek with him for hours!!) He sat me down in front of a computer and started explaining how to do if statements. I cried. Did this deter my geeky father? Of course not. Instead he asked me, “Wouldn’t it be neat to make a Nancy Drew game?” My eyes glazed over and I stared at him in awe. After that it was a breeze. Of course, it was written in Basic and was as simple as can be…but it reminds me often that as a teacher, I can never underestimate what my 3rd graders can learn. Thanks Dad!

Thank you dad, for playing Zork on rainy days and letting me make all the commands (even though you knew they were the wrong ones).

Thanks for playing Ramones “Spider Man” theme song in the car on repeat for the 3 hour drive to grandma’s (and singing along.)

Thanks for selling your beloved Dirty Harry pin ball machine to buy my first car (that i promptly drove over black ice and into a brick wall).

thanks for sharing Saturday morning Power Rangers and giant mixing bowls of cookiecrisp cereal with 2 spoons.

You’ve been a mentor, a protector, provider, and a friend.

I’m an IT guy because of my geekDad and Tron. Having 2 engineering degrees, my father was on the cusp of the computer revolution. We started with the TRS-80 Model III, moved to an Atari ST (with 8080 emulator cartridge), then NEC IBM clone, then the PC revolution was fully on. My most fondest GeeDad moment revolved around the dreaded addition to any hardware purchase: the manual.

My dad had just bought a new Hayes external modem (1200baud!), and was attempting a dial in to a 300baud AC system at a customer’s. The speed difference was an issue, and I remember one of our first serious.. disagreements. I was the keyboard operator and I asked for the manual -there was bound to be a Hayes AT code to help. My father want to keep trying and after about 30 seconds of “do this”, “no, we need the manual”… I got up, grabbed the manual and retreated to my room. Reading thru the list of AT commands, the one to force the new modem down to 300 baud. I return to the computer and proudly announced, “try this AT code.”

The twist? He had been trying various codes and happened upon the correct one within 10 seconds on my discovery. His intuition vs my RTFM. A classic in my geek training.

One day, when I was about six years old, my father unplugged everything from the computer. Mouse, monitor, keyboard… While he was in the bathroom, I snuck up and plugged everything back in. By the time he finished, I was playing “Arther.” He said that he didn’t know whether to send me to my room, or to send me to take computer classes. He chose the latter. Thanks, dad.

My father is most likely the only dad in the world willing to skip a weekend of work and college classes to go play in the Pokemon trading card game national championships. two years running.

My stay at home husband is raising our very own “punk rock geekling” who is a few months shy of her 6th birthday.

Darth Vader is her favorite character. Period. (And yes she did see Episode IV first.) She knows more about the Clone Wars than I do. She makes up adventures with her Star Wars action figures when she plays with her daddy at night before bed. She chased R2D2 around the USS Intrepid & held blasters for Storm Troopers when her dad took her there to meet the 501st. She also insisted that mommy go up & talk to mommy’s favorite Star Wars character, Princess Leia. She listens to Weird Al & will walk around singing:

“My, my this here Annakin guy

He left his home and kissed his mommy good-bye

She wants to meet Stan Lee so she can say thank you for Spiderman, Fantastic 4, the Avengers & X-Men. She has been on daddy dates to see Thor and X-Men First Class during the first week of their release.

She has lived in her Chucks since not long after she could walk. By her own choosing one has been pink and one purple for well over the past year. She had a Ramones sippy cup her daddy made her & carries a Ramones bag to kindergarten which she would not give up even when the strap broke. She can also tell the difference between DeeDee & post DeeDee Ramones. At age 2 she had “rock face” which she’d learned from Angus Young. Since about the same age she has owned a “fishtar” (a miniature gold fish-shaped electric guitar) on which she gives her daddy guitar lessons. She sang & danced in the aisles when her daddy took her to see Billy Joe Armstrong in American Idiot on Broadway. And for Father’s Day this year her daddy will be coloring her hair red and/or purple with (washable) Manic Panic and taking her to spend the day on Punk Rock Island where he will likely have his hands full trying to keep her out of her first mosh pit.

And if you need a very last-minute gift for your geeky dad, consider a subscription to Wired! 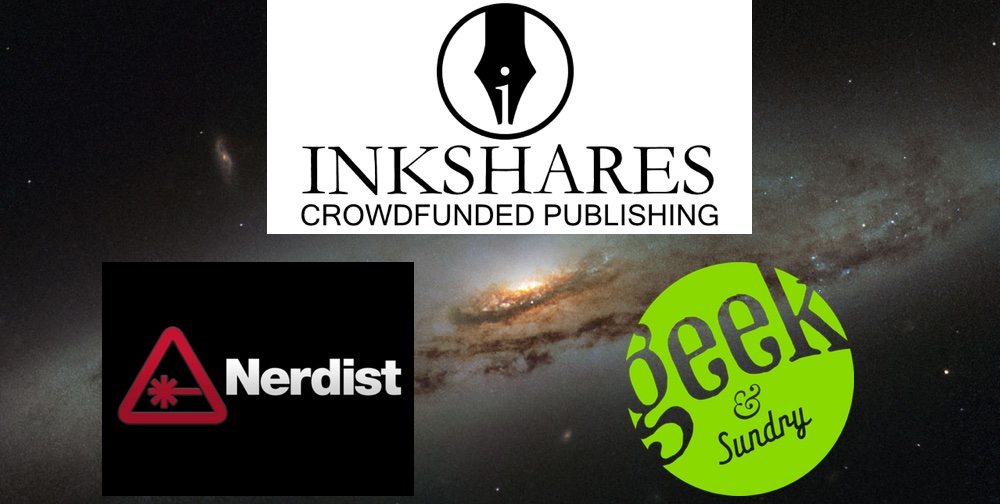