I’m a sucker for space opera, and when I began to hear rumblings and rumors about Leviathan Wakes, a new novel from James S. A. Corey (pen name for co-authors Daniel Abraham and Ty Franck), I put it on my Watch For list. The book was released a week ago, and it took me exactly seven days to finish all 561 pages. Now the only problem is I have to wait another year to read the second installment in The Expanse series, Caliban’s War.

We all know that science fiction is too huge a theme to ever be accurately and completely described, but sci-fi readers likely have their favorite sub-genres. For me, I love the world-building found in space opera… novels with well-developed worlds, solid technology that fits and makes sense (as much as sci-fi can), and larger-than-life characters that may or may not start out that way. What I don’t like so much are novels that require a dictionary to explain all the made up jargon or tell me how to pronounce a character’s name. I don’t want a 50-page essay that sets up how the current government came to be or how some life-changing technology was developed — that stuff, for me at least, should blend into the background of the story and simply be part of the universe the characters are living in. The author can provide it, but I don’t want it in a funnel for fast delivery.

And that’s why I absolutely loved Leviathan Wakes. There’s no complex alien-human relationship that must be explained up-front. There’s no super-technology that has put humans on other planets. And there are no sub-micron dual-array gravitonic torpedoes with quantum detonation packages. Nope… none of that.

What you get with Leviathan Wakes are humans, spread out to Mars and the outer planets, drilling and mining and distilling and all the other day-to-day activities you might expect if we ever reach the metals and other valuable commodities found in the asteroid belts and moons of our solar system. These humans also haven’t really changed much — there’s still a deep hatred or at least a good bit of prejudice found between those born and working under gravity (Earthers and Martians) and the Belters. All three groups have to work together, but they don’t have to like it.

What you also get with Leviathan Wakes are big and ugly ships, most built like shoe boxes with engines strapped to the ends. What technology does exist for pushing these ships around the solar system is called the Epstein drive and it appears to be a good thing, allowing ships to move between Earth, Mars, and the Belt. The biggest need for the outer planets’ residents isn’t some mysterious gas or metal or compounds required to power engines or extend life spans — it’s oxygen and water. And since most of the mining and hauling operations are owned and operated by Earth and Mars corporations, you can imagine that life is a bit tense in the tunnels dug into the asteroids and moons where millions of Belters work (alongside transplants from Earth and Mars — some willingly, others not so much).

Leviathan Wakes also gives you a story that adheres to the rules of physics and the realities of space travel. Ships don’t arrive in record time. Human bodies aren’t designed for high-g acceleration. Ship-to-ship fighting is an ugly business, with no shields to protect you from radiation and micro-fragments that can penetrates hulls and create an instant void.

These three things together, however, are simply the background that I described earlier. Things that you, as the reader, must simply accept. And you can… because it’s not a big stretch to imagine the tension between humans born on different planets and those born in the low-gravity asteroid belt. It’s not hard to picture ships that are built based on function and totally ignore form because space doesn’t care about symmetry and beauty. And for those of us who watch the Space Shuttle launches and see the dangers that humans face just to orbit our planet? It’s not a big step to imagine how deadly traveling between planets and in-and-out of the asteroids can be.

And because this background is so believable and easy to understand, you can spend more time getting involved with the characters. And that’s where the novel shines.

The book’s chapters jump back and forth between two minor characters who, by the time you finish the book, have become the bigger than life characters that all space opera should possess. You’ve got a run-down detective trying to keep the peace on a moon crowded with millions of workers who live hand-to-mouth and are under constant worry that the air and water could be turned off at any time if they get out of line. He’s by no means perfect, but compared to the other characters he works with, you can easily forgive him when he looks the other way occasionally, letting the unwritten rules of living in the Belt override the actual laws he is supposed to enforce.

And then there’s the XO of an ice-hauler who isn’t from the Belt but has found a home with a mixed crew that chooses to ignore the differences and focus on making money and surviving. This guy, however, is the total opposite of our detective — he’s honest, too honest. He won’t cross lines. And he certainly won’t put those close to him at risk. The problem is that early in the novel he’s going to be put in a situation where all these traits and goals will be tested and strained to the book’s final pages.

Both characters find themselves chasing a mystery — and that mystery has many parts. There’s a mystery ship (two actually), a mystery girl, and a mystery conspiracy. Nothing is at it seems. And once the story opens, there really is no rest period. You’ve got unidentified bad guys, stealth ships, space battles, well-developed minor characters that you’ll love and hate, hired assassins, a shady organization that may or may not be filled with terrorists ready to die for the cause… and a young woman and her missing ship at the center of it all.

If you’re looking for a solid science fiction story that’s not about dazzling technology and fantastical aliens, that won’t confuse you with overly-complex descriptions of the way governments and corporations work, and that won’t throw made-up words and cryptic names at you left and right… you’re going to like Leviathan Wakes. I’m not saying that advanced technology, creepy aliens, and the six branches of the Qioslxils Coalition’s government don’t make for great books; I’m just saying you won’t find them here.

A Google-a-Day Puzzle for Sept. 23 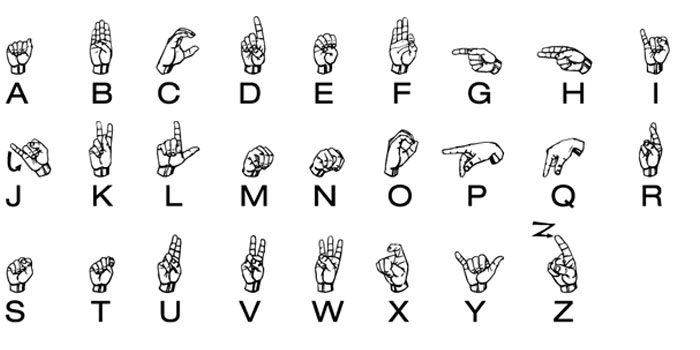