Perhaps the best way to compare different technologies is see how they are used to solve a common problem. With this in mind I paid extra attention to the different opinions of Michael Jackson: The Experience that had been contributed to my Family Gaming blog.

You see, the game is being released on the Wii, PS3 and 360 (as well as the DS and PSP). More interestingly, though, is that each version has been built from the ground up for its respective controller. Rather than make sweeping statements myself, I’ll let you decide which controller (the Wii Remote, PS3 Move or 360 Kinect) worked best for the different family players.

Michael Jackson: The Experience Wii: first up is a review of the Wii Remote controls ($36.99 from Amazon) by a very young gamer: Sometimes I get to play games that are too old for me. Not on my own, but with my family. Michael Jackson: The Experience is one of these games.

I really wanted to play it because it’s like Just Dance, but with all Michael Jackson songs. I think it is only a few of the songs that are too old for me. I didn’t dance to them, and let my dad choose which ones were suitable.

Best of all though, I liked it when mum danced as Michael Jackson and the rest of us were the backing dancers. There is only room for four players at once so we couldn’t quite all play together, but we took turns so that worked out ok.

I think the main thing that’s better on the 360 and PS3 versions of the game is that you can sing along with a microphone as well as dancing. The Wii game has the lyrics on the screen but it can’t hear you when you are singing, so it doesn’t get any points.

On the PS3 I liked using the microphone to sing along while my friends danced to the music. I seemed to always win though; I’m not sure if the singing is easier or if I’m just a really good singer. The dancing seemed just the same as on the Wii, but you use the really cool light up controllers.

I did try the 360 Kinect version too, at another friend’s house but we had to get her dad to help us get it working. You could only dance one at a time as far as I could tell. It was cool the way you could see yourself on the screen, but quite a lot of time it couldn’t see me. Worst of all was that if her younger brother crawled in front of where we were playing the game seemed to think he was trying to dance and put him on the screen.

I don’t mind that we don’t have the 360 one at home, because I think the Wii version is actually best for me. If we had a PS3 I do think I’d sing along more though.

Michael Jackson: The Experience PS3 Move: next is a review of the Move controls ($41.99 from Amazon) by a teen gamer: My whole family have been Just Dance obsessed the last couple of years. We have bought the original, Just Dance 2 and Just Dance Kids. Don’t get me wrong, I like the game a lot; I just never really got into it.

I managed to beat them to it with Michael Jackson: The Experience. I don’t think they realized it was basically another version of the game with a different game — with all the songs coming from the Jackson back catalog.

I initially got Michael Jackson: The Experience for Kinect, because I liked the idea of having a real time image of the player on the screen, and controller-free dancing. But after a while I realized you can’t play with four players simultaneously, which is the main way we play these games at home, so I eventually agreed to change it.

But rather than going for the Wii version (which my younger brother insisted was the best version to get), I went for the PS3 game — one of the joys of being a three console family. This version has actually turned out to be our favorite version of Just Dance so far, even my brother now agrees.

First of all, it works really well being able to pick either the backing or main dancers for each performance. If you want a slightly easier ride you can opt for the backing dancers, whereas if you want something more technical you can go for the main Jackson performances.

The game the runs the performance with two different sets of choreography depending on which you have selected. It sounds a bit complicated, but it is actually very simple and works well. My younger siblings became experts on the backing performances while my mum and I focused on the more complex routines of the main dancer.

The Move controllers work in the same way as the Wii-mote — being mapped to one of the hands of the dancers. In fact I realized that the PlayStation Eye camera tracking isn’t actually used here. The camera does record pictures and videos of you dancing — which are both embarrassing and hilarious — but it’s not needed for the controls. This was actually a good idea because you didn’t need to have everyone standing in front of the camera to play it — something that means the Kinect version seems to only be for one person at a time, and that has made other Move games problematic if the sun was too bright or too many people wanted to play.

Where Michael Jackson: The Experience really became our dancing game of choice was when we realized that you could sing as well as dance. We had a pair of Sing Star microphones that plugged into the PS3′s USB port and meant we could choose to sing.

You only have to match the rhythm of the songs, rather than the notes, but actually this was a good fit for the broader Just Dance audience. The difficulty of the singing was around the same as the simpler dance routines, and this meant that everyone could have a go singing, even the youngest players in our family.

Dance Central may create a more technical and accurate dancing experience, but for sheer fun I keep coming back to Michael Jackson: The Experience on PS3. And this time around, I’m happy to join in with the rest of the family’s enthusiasm. Not just because I’ve had a head start to get better than them, but the graphics and sound are just that bit better than the standard definition Wii version.

Michael Jackson: The Experience 360 Kinect: last is a review of the Kinect controls ($44.99 from Amazon) by yours truly: As you will remember, my family have really enjoyed the Just Dance games. When my wife realized that the new Michael Jackson dance game was from the same people she was really keen to try it out.

Rather than opt for the Wii version though, I wanted to mix things up. Michael Jackson: The Experience is available on pretty much all platforms from the DS to Kinect and Move editions. I have been looking for a good Kinect dance game, after finding the launch titles (Dance Central, Dance Paradise and Dance Masters) too complex or demanding for our family, so I decided to go for the 360 version.

While the PS3 and Wii version of the game are essentially the classic Just Dance formula with different dances, the Kinect game is entirely new. It follows a similar structure to the Just Dance games but uses the Kinect camera.

A big novelty here is that it puts a moving image of you on the screen. I have to say that seeing our kids projected into videogame land was very cute. The camera did a good job of identifying just their outline even in our cluttered lounge.

Being on screen was a real motivation for them to put more energy and effort into their moves. On Just Dance, the older ones have realized that actually flicking the controller at the right time works just as well as really doing the moves. The Kinect version does away with all this because it can see exactly what each dancer is going.

These benefits do come at a bit of a cost though. You really can’t have toddlers and infants running around in front of the Kinect controller because it just confuses it — not surprisingly. We ended up playing the game with the older kids (5 and 7) when the others were busy doing something else.

Also you can only play the game one person at a time. Although the box says the game has 2-4 player cooperative play this is in a turn-taking fashion — which to my mind is stretching things a bit. A real co-operative mode needs to be simultaneous.

These gripes aside though, there is a very accessible dancing game here. For anyone not looking to become a hard-core dancer this is easily the best Kinect offering to date. You can also use the Microphones from Lips to sing along with some tracks.

After the novelty of control-free games has worn off a little it’s really good to see third parties investing time and development in an experience tailored to the Kinect camera. Sure, the menus may be fiddly and the gameplay fussier, but this still feels like you are playing a videogame from the future.

So there you go, three very different ways of learning to dance like Michael Jackson and three very different reviews. Obviously you may not be in a position to pick and choose between all of these — we don’t all have every console under our TVs. But what is interesting here is how the strengths and weaknesses of each control system can be seen very clearly.

The Wii is the simplest and cheapest option and works well for more players. The PS3 Move version is similar to the Wii but with better visuals and the ability to capture your performances with a camera and microphone. The 360 Kinect version lets you get on and dance without holding anything, although that freedom means you need to play in a slightly more controlled space.

Michael Jackson: The Experience is available on PS3 for $41.99.

Michael Jackson: The Experience is available on Wii for $36.99. 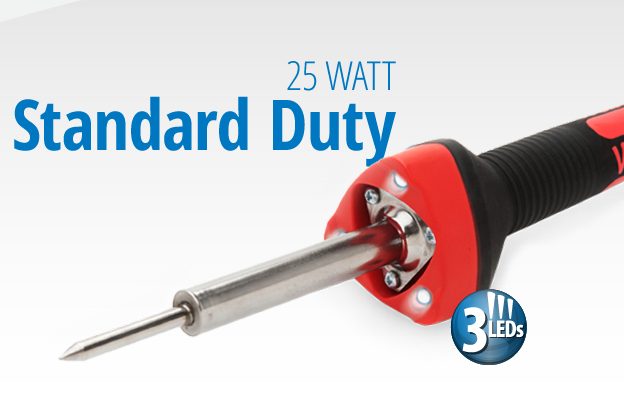 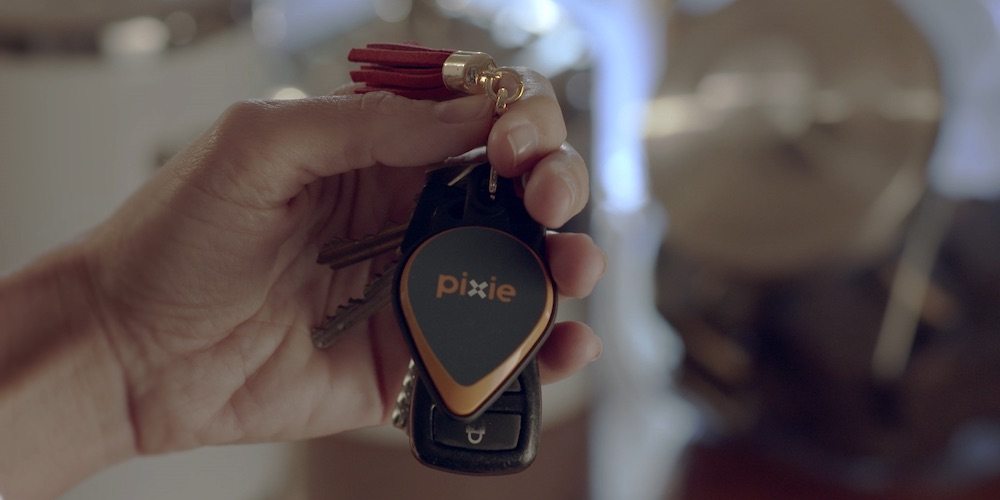 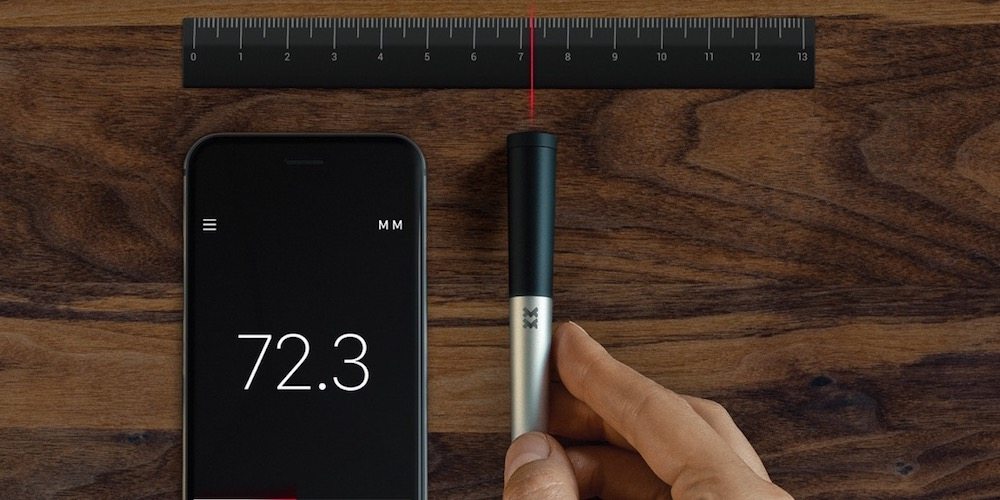