Last Saturday, over a meal of chapati, daal, korma, and basmati rice that we’d come together to prepare, the youth group that I mentor sat down to discuss Greg Mortenson’s “Young Reader’s Edition” of Three Cups of Tea. The book chronicles the events that ultimately lead Mortenson to create the Central Asia Institute, a 501C3 not-for-profit that raises money through penny drives at schools and churches to build schools (particularly for girls) throughout Afghanistan and Pakistan. This meal and community-read were the kick-off activities for our group’s second annual “Pennies for Peace” fundraiser.

The story in Three Cups of Tea (One Man’s Mission to Promote Peace … One School at a Time) that is continued in Stones Into Schools (Promoting Peace With Books, Not Bombs, in Afghanistan and Pakistan) is absolutely inspirational: In 1993, after losing his guide during an unsuccessful bid to climb the mountain K2, Mortenson stumbled into the village of Korphe in Afghanistan, weak from exposure. The people of the village gave him food and shelter, and in return, after watching the teacher-less children of the village practice their lessons by scraping at the mud with sticks, he promised to find a way to build Korphe a brick-and-mortar school.

[Read the rest of the post over at our companion site, GeekMom!]

iPhones Can Actually Be Good for Young Kids, If You Do It Right

Harry Potter and the Return to Lego 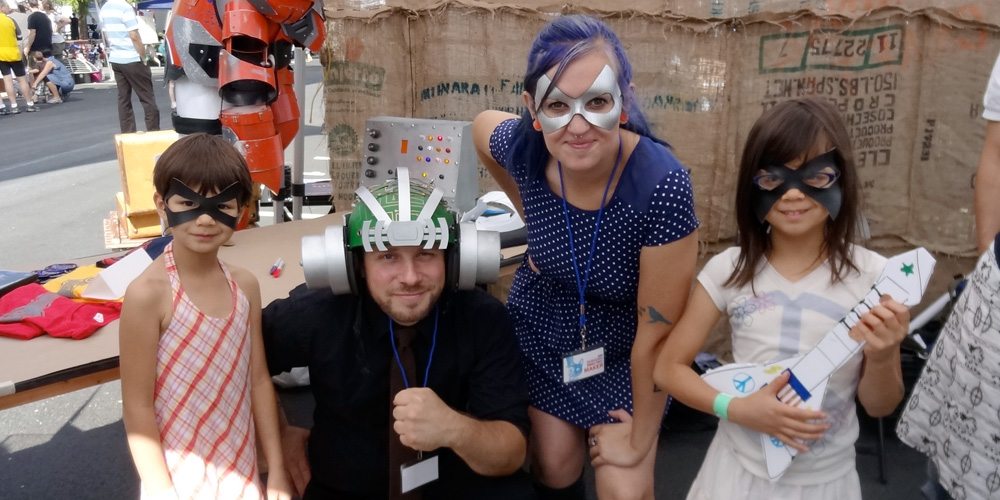