It kind of surprised me, that my used-to-be shy 10 year old wanted to sign up for the annual lip sync show at his school. Not only would he (we) have to put together a group of at least two brave friends, but they’d eventually perform their song in front of an auditorium packed with friends and family.

He seemed game, so we signed up. Just for the record, there’s no way on earth you would’ve gotten me on that stage, shaking what my mama tried to give me, when I was his age. I gave him huge points for bravery.

As I sat through the first and only rehearsal night, then the actual show a few days later, the differences between his fourth grade year and mine became very clear. It went way beyond bravery and catapulted into this new technological age he’s growing up in.

The first thing I noticed was a young girl, maybe 10 or 11, videotaping the practice performances. She didn’t have a big, bulky machine balanced on her shoulder. Her eye was not squinting into a tiny eye piece. She had a cell phone, held out in front of her, and was saving the video to an online account. Let me remind you, this was a child who was born around the time we were all afraid the ATMs would shut down at the peak of Y2K.

More and more kids are walking around with smart phones and tiny flip cameras, that record with a quality we could hardly imagine in a personal use product even ten years ago. Just because it’s taken me some time to get caught up with technology, to break down and buy a fancy phone, doesn’t mean the kids in this new generation haven’t jumped in with both feet.

Then there was a music glitch. Our music CD, that one of the dads in our group had burned for us,  didn’t work in the school’s equipment. The fact that we could even edit the song ourselves, down to the two minute requirement, still amazes me, but then when something went wrong with the CD, no one panicked. Within 15 minutes the dad had run home, burned the song again, and was back with music that worked just fine. This scene would have been in a sci fi movie when I was a kid.

It thrills me that I can burn my own music mixes, off our seemingly endless iTunes list. My daughter and I made several versions of ‘our painting music’ when we tackled almost every wall in our house a few years ago. The world of which music we listen to, and how, is totally ours now. But how it changes a simple elementary school lip sync show reminds me how lucky we are, and how lucky my son is, to grow up in this fun new world of possibilities.

I may date myself here, but when I was his age I was in love with my cassette tape player. The kind that’s flat and rectangular, not the cool boom box that would appear later in the electronic sections of our local Wal-Mart. If I wanted to make my own music mix (which I did, desperately want) I had to turn on the local radio station, pray they’d play a song I loved, and then hope the DJ didn’t talk over the first few notes, as I strategically pushed the ‘play’ and ‘record’ button at the same time. Heaven help the sibling who dared to walk into the room and say something, ruining my perfect recording.

My son spent the week before his lip sync show walking around our house with headphones plugged into his ears. He has instant access to any music he wants, even more so than his friends, since he has three teen aged siblings who add to our iTunes account on a regular basis. He not only has the  selection, but the quality, I couldn’t have dreamed of when I was 10.

Of course once the lip sync show was over, and my boy had indeed proven to his family that he was turning into a more outgoing kid, the night wasn’t over until pictures and videos of the show were plastered all over Facebook. This entity that did not exist when he was born, was now the vehicle that delivered his accomplishments straight to the computers of those who love him in faraway places. Cousins in Dallas, San Fransisco, Atlanta and New Hampshire, were able to see him come into his own, within hours of his performance.

This is truly a brave new world. For those of us still figuring it out as we go. And for our offspring, who are slowly redefining who they are. 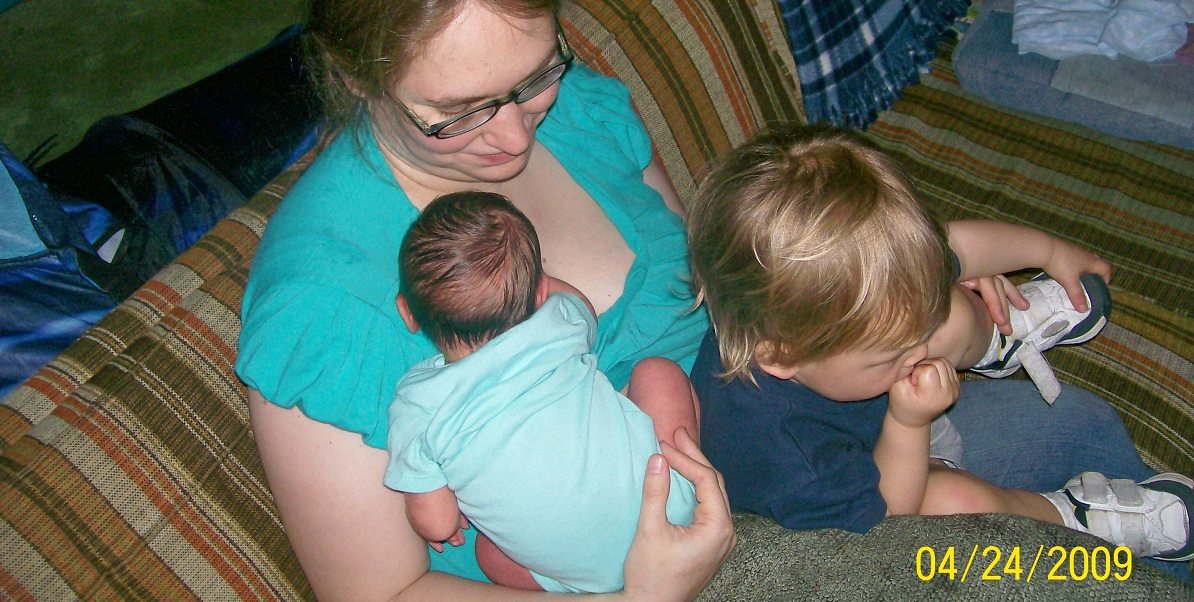