Our next competition is the East Texas VEX Patriot Challenge in Tyler, TX on February 5th. As usual we put off working on the robot til the 11th hour and now we’re pulling more than a few late nights getting ready. This design is a radical departure from the 18″ cube we build last season. Agility, quick scoring, and a good offense seems to be the key to winning this year and we hope our ideas prove to be good ones.

This season the center of the game field is dominated by a roughly 3′ square ladder. The lowest run on the ladder is only 4 inches which is as good as a wall for most robots. Two defensive strategies have emerged as a result of the barrier in the middle. First, and most often used is the dumping of opponents rings inside the ladder area. With no easy way to get at them, the opponent is then left with few to no ways to score. To a slightly lesser extent the better teams are taking advantage of the barrier and positioning themselves to block their opponents from the goals.

Our first idea was to build a robot short enough to go under the bar, yet still be able to reach the highest goals at nearly 18 inches. We toyed with a few scissor lift designs but decided they would not be robust enough. Our next idea came from a forklift at work. If we could fold the lift back we may be able to slide under the bar and still reach the highest goal. Bonus points are also awarded for any robots that finish the match hanging from the ladder. Of we could use the fork lift to pull ourselves up the ladder we’d gain up to 20 points.

So pictured above is where we’re at. The drive-train works, but will need to be changed a little to make room for the lift. The lift portion of the fork lift will work great with a few tweaks and can easily reach 18 inches. The folding mechanism is yet to be built and tested, but it should work. Yet to be done are the forks themselves (to pick up the rings), the folding motors, reposition the drive train back an inch to make room for the lift and work out a couple problems with the lift.

If you’re near Tyler, Texas, drop by the competition and say hi. I’ve met a couple GeekDad readers this year and would love to meet some more. There are 36 teams registered to compete so it should be an interesting day. You can find out details about the event at RobotEvents.com: ﻿﻿East Texas VEX Patriot Challenge. More information about the game “Round Up” can be found on the VEX Wiki: Round Up.

Disclaimer: Anton Olsen works for the company that produces VEX Robotics and organizes the competition. 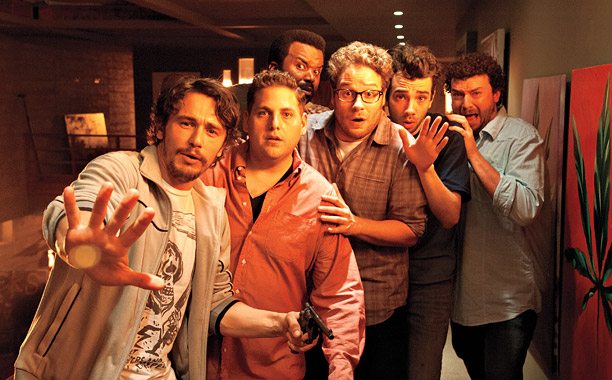 This is the End Released on Home Video Today!