I like to think that a good video game appeals to its target audience while a great video game manages to be fun and relatable to those well outside its intended sweet spot. With that in mind, Disney Interactive Studios has recently released a pair of good-but-not-great party titles for the Nintendo Wii.

Disney Sing It: Party Hits brings the music of saccharin-infused pop radio to your den in another installment of the thoroughly competent if not always inspired series. Simply follow the on-screen lyrics karaoke-style and mind the pitch indicator to rack up points in both solo and duet play. With little in the way of unlockables, there’s really nothing to the core game save personal advancement with regard to high scores as you make your way across the disc’s 30 tracks, each accompanied by its own music video.

Still, the added bonus of a little in-game vocal coaching from embattled Disney pop princess Demi Lovato does add an extra level of both fan service and functionality — though clearly the former is the game’s primary focus. With a song list that is heavily skewed toward the tween set, Disney knows exactly what it’s doing with Disney Sing It: Party Hits.

Songs from Disney’s own haymakers like Lovato, The Jonas Brothers, Selena Gomez and the perfect tween-pop storm that is the Camp Rock 2 soundtrack join hits from Kelly Clarkson, Paramore and Justin Bieber to craft a mix of non-threatening party joints that will likely cause cavities rather than impure thoughts. Aside from numbers by Owl City and Jason Mraz I was clueless about practically every song available, but clearly I am not the special kind of gamer that Disney Sing It: Party Hits seeks to satisfy.

If my own kids (and Top 40-loving wife) are any indicator, this game ably does what it sets out to do. And even though the songs were far from my typical musical fare it still provided ample family fun as we crooned our way across Disney’s musical landscape, passed the mic in the titular party mode and manipulated our recorded vocals via a series of in-game filters.

Available with the bundled USB microphone or without, Disney Sing It: Party Hits will likely be a miss with oldsters and music connoisseurs, but it should summarily please the youngsters in your life. Much the same can be said for Disney Channel All Star Party. This collection allows up to four players to compete in 30 mini-games themed around Disney Channel shows like The Suite Life on Deck, Wizards of Waverly Place and GeekDad favorite Phineas and Ferb.

Disney Channel All Star Party plays out a bit like a stripped-down, tween-focused Wii Party where players compete for high scores, bragging rights and unlockables. Free Play mode is geared toward solo play, but All Star Party mode is obviously the game’s big draw. In this mode each player chooses a playable character such a Hannah Montana or Lovato’s Sonny Munroe and competes to amass points and unlock additional clothing options on the way to becoming the Disney Channel Champion.

Even those not overly familiar with the source material should find that Disney Channel All Star Party appeals to their competitive nature. In a game where even choosing the field of play involves a virtual quick draw competition, gameplay can become heated in record time.

Each locale boasts a series of mini-games themed around the show in question, but the bulk of these rely on the typical Wii-mote waggling to which we’ve become accustomed. Still, whether you’re attempting to outrun a throng of Jonas Brothers fans or racing monster trucks (while attempting to outrun a robot dinosaur) with Phineas and Ferb you’re likely to enjoy the actual experience even if the game itself isn’t tailored toward your demographic.

That being said not all the games are winners, and the quiz show mini-game is particularly lackluster. Likewise, while the art direction is solid enough on its own merits — with the character sprites looking enough like their real life counterparts that those even vaguely familiar with the shows can recognize them — it never quite channels the simple visual charms of its first-party competition.

I was also disappointed to realize that, though they feature heavily in several mini-games, neither Phineas nor Ferb is available as a playable character. Worse yet, the option to use your own Mii must be unlocked through gameplay. Though these are admittedly minor gripes, I can’t help but think how much more I would’ve enjoyed the title had I been able to play as a more relatable avatar right out of the gate.

It’s hard to fault Disney Channel All Star Party with regard to content and variety. Its only limiting factor is, of course, its distinctly Disney-flavored wrapping.

TIRED: geared specifically toward heavy Disney Channel viewers, must unlock the option to play with your Mii, needs more Phineas and Ferb 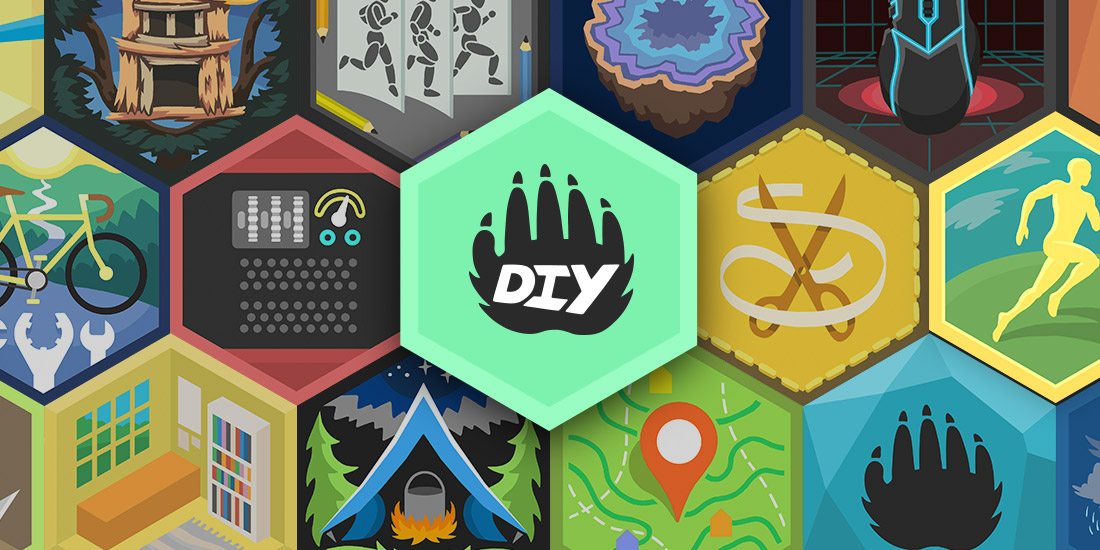 DIY.org Keeps on Growing and Growing