Despite the novelty of the Wii, which for me still hasn’t completely worn off, I find that my kids more often prefer to play games on the Nintendo DS. Most of their Wii games sit there, only played once in a while. Another factor is that the DS is portable and great for road trips and outings. Despite this preference, some of their DS games also aren’t played as much as we would have thought. Recently, though, I was recently able to review a new DS game that my kids love and that my son will play over and over again.

I Spy Universe is another game in the I Spy series, and the second for the DS (the first was I Spy Fun House, which I haven’t played). The I Spy/Scholastic people keep adding to the I Spy empire. They started out with a series of books, and later came a television show on HBO Family, card games, video games and many computer games.

If you’re one of the few people unfamiliar with I Spy, each puzzle consists of a picture puzzle filled with little items and a rhyming poem, which tells you what items to find in the picture picture. With electronic I Spy activities, you then click on the items from the poem until you find them all. If you are familiar with I Spy, you’ll recognize a lot of the items in the I Spy Universe puzzles. Many are from the books and other games.

I thought that we’d be a good test family for I Spy Universe because of my son’s intense love of his I Spy computer games. We have every available version, and he’s played each one at least a dozen times. He continues to go back to them, over and over. We also have Ultimate I Spy for the Wii, but I think it is harder for him to find items with the Wiimote than with a mouse.

When you start playing I Spy Universe the first time, it asks you to enter your name. The keyboard is alphabetic, not QWERTY, so it’s obviously intended for small children. Because you type in your name, each player’s progress is recorded separately.

The game then introduces you to the goal of the game and the directions, which are clear and are spoken as well as written. The overarching theme of this game is the vital and important task of saving the universe. But no pressure! You’re already an astronaut and the game starts you out with a tutorial, so you learn to play as you go. Also, the controls are always shown on the screen if you forget what to do. Once you find all of the hidden items in each puzzle, you are given a special item that will help you save the universe.

The puzzles are divided into three groups of twelve with plenty of mini games and other tasks in between them. The game has a set number of puzzle images, but each time a certain puzzle comes up, you are given a different list of items to find. The puzzles start out easy and get slightly more difficult as the game progresses. The mini games between puzzles also increase with difficulty, starting out easy and getting somewhat less easy as you go. Some of the mini games didn’t have very clear instructions, however.

If you get stuck and can’t find an item, you can ask for a hint. Then the game just shows you where the item is on the larger puzzle screen. You can’t keep asking for hints, however. You have to wait until the hint button appears again on the screen. But don’t give up too soon. Sometimes the rhyming poem clues will try to trick you with puns in the later levels, so think creatively.

To get back to the main menu where you can choose another player, keep pressing the B button. This isn’t made clear in the game. Also, if you want to go back and play any of the mini games that you have already unlocked, you can also do this from the menu.

There were some negatives to the game. One is that the hint button is right next to the others, and you could accidentally press it. My daughter and I have each done this. Also, because of the screen sizes, you can only see either the full clue puzzle or the written clues at any given time. You can switch between them, however. Finally, when you’re searching for tiny items, the DS resolution isn’t high enough to make the images really clear. Staring at those tiny pixels for so long started to hurt my eyes. This wasn’t a problem for the larger hidden items, however.

I Spy Universe was fun for me to play, to test my memory by seeing how many of the items I could remember to search for at a time. I usually found all the items after two systematic passes of the screen, but occasionally it took an extra pass or two. I finished the game pretty quickly, but play time will fortunately be longer for kids, and the puzzles and games will be more of a challenge. In all, the price is a bit high for someone like me who can whiz through it and will probably not play it a second time. It is a much better deal for children of elementary age, however, especially those like my son who will play and replay the game a dozen times.

I Spy Universe for Nintendo DS is good for kids aged 4 or 5 and up. It currently sells on Amazon for $19.99.

Tired: Resolution is a bit low for the tiny items. Directions not too clear for some of the mini games. Hint button is too close to other buttons.

Note: I received a copy of I Spy Universe for review purposes. 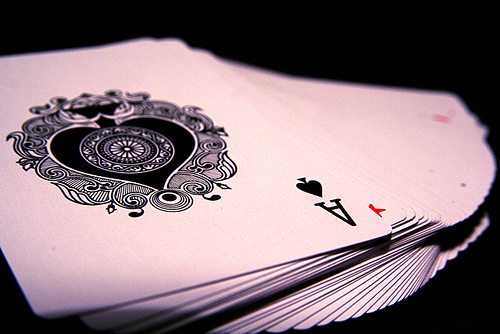