Earlier this year, I tested a trio of M-Edge accessories for a Sony Pocket Reader. M-Edge was preparing versions for the iPad at that time, as Apple’s tablet was just hitting store shelves. I’d decided to pass on iPad hysteria for the moment, but my mother-in-law stepped in to throw down the technological gauntlet and unexpectedly become the first in our immediate family to adopt an iPad (a 64Gb version no less). I overcame the humiliation of the situation to call upon her to help me test out some M-Edge iPad accessories.

Protective cases have become a virtual necessity as devices continue to incorporate delicate electronics and fragile glass in a portable form factor. While they are chic to look at, let’s face it, one drop and you’re out hundreds of dollars. If anything, the iPad brings this reality to a new level, potentially concentrating nearly a grand into a package with a massive glass surface that you’re encouraged to take everywhere with you. The M-Edge Executive Jacket aims for the more formal crowd, with an elegant cover (with synthetic leather available) that’s both functional and stylish. The review unit that arrived was in red leather and drew appreciative comments, even from my wife who is firmly part of that anti-leather crowd. The iPad mounts inside easily, stays there and is easily accessible. My mother-in-law reports that the internal pocket is perfect for storing the screen wiping cloth, she loves the color and style and feels quite comfortable traveling with her iPad. I stopped short of asking her to physically drop her new toy, but suffice it to say that the Executive Jacket is sufficiently padded to offer protection against accidental bangs and any iPad within it definitely stands a better a chance of survival if dropped than a one that’s in the flimsy sleeve Apple supplies. At $59.99 ($49.99 for the synthetic leather version) it’s quite reasonably priced and it’s also available in a wide range of colors. For a more casual look, the M-Edge Nylon Latitude Jacket is a lightweight case made of ripstop nylon (in red, orange, navy blue, lime green or black), lined with soft fleece. It uses the same four corner straps to secure the iPad within and includes a zippered external accessory pocket (big enough to hold an iPhone for this with an abundance of iDevices to lug about), plus another slip in-style pocket. as with the Executive Jacket, the iPad screen is easy to access when the case is opened. In a nice touch, routing is provided along the spine for ear buds (including an eyelet to allow for easy listening with the case fully closed) and there’s an elastic strap inside meant to slip your hand in to allow for single handed holding of the iPad. The hand strap might appeal to some people and definitely helps to reduce thumb smudges around the edge of the screen, but it seemed a little awkward to me; I suspect that one will be a matter of personal preference. The Latitude is priced at $49.99.

That reminds me of one of the Reader accessories, the M-Edge Flexstand, that I couldn’t figure out a use for. GeekDad reader “shun” pointed out that it could be useful when following directions, like in a cookbook. The FlexStand is also available for the iPad ($29.99) and I think this is where I finally get it. The FlexStand is a cross between a GorillaPod and an easel and would be perfect for propping up an iPad if one were using it for following a recipe, viewing photos or watching a movie; it’s solid, stays in position and holds the device snugly. I still think it would have limited application with an eBook Reader (especially a compact one), but for an iPad it makes perfect sense. 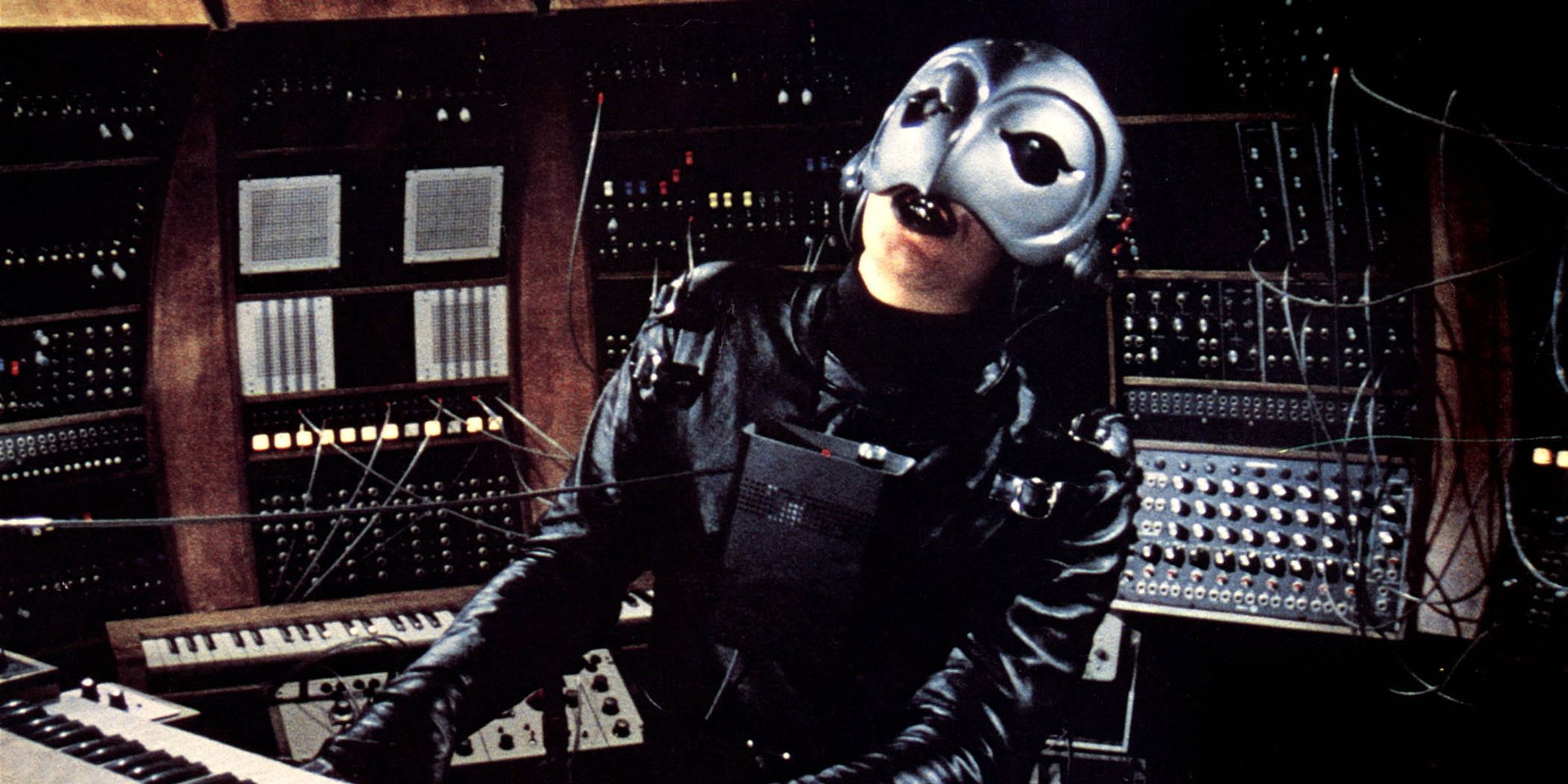 Retro Review: Phantom of the Paradise on Blu-Ray