Hasbro just released Clue: Secrets & Spies, a board game that involves secret identities, invisible ink, and … text messaging. That’s right: to be a spy these days, you really can’t get by without a cell phone. According to their press release, this is Hasbro’s first “text messaging enabled” board game, which makes me think that there may be others on the way. Parents, better check your cell phone plans before your kids start racking up charges. Although maybe they’re doing that anyway.

Now perhaps you’re thinking: what does Clue have to do with spies? Actually, Secrets & Spies has nothing to do with the original game of Clue, with its lead pipe and rope and conservatory, other than the fact that the characters are the same: Agent Mustard, Agent Scarlet, and so forth. The gameplay is more similar to Heimlich & Co., an older spy-based board game where the players’ true identities are unknown until the end of the game. Each player gets a card showing their secret identity as one of the six agents, which they keep hidden throughout the game. As the game progresses, players can move any of these agents as well as the mysterious Agent Black from C.L.U.E. The agents accumulate points along the way, and then at the end of the game identities are revealed.

Hasbro sent me a copy to review, along with some press materials. First I’ll give a breakdown of the gameplay, and then give you my impressions of the game. Game in progress, with Agent Peacock (blue) in the lead.

In addition to the secret identities, each player is also given three Activity cards and one Mission card. The Activity cards allow an agent certain types of movement: move one or two cities, swap places with another agent, or call another agent to your location. Then there’s an optional action: steal an item, swap items, or give an item away. The items are represented by tokens which are randomly placed at the beginning of the game: a laptop, a cell phone, a file folder, a gun, etc. Each agent can carry up to two items; if the two items carried by any agent match the two on your Mission card during your turn, the agent scores a point, and you get a new Mission card. There are also Secret Meeting cards, which state a location and, in invisible ink, the name of an agent. If you manage to get the agent to that location with one other agent, then both agents score and you get the Secret Meeting card. In keeping with the spy theme, there’s a small black light pen included which can be used to scan the Secret Meeting cards. Once an agent reaches a city the player can scan the card to find out who they need to meet there. I noticed, however, that if you hold the card in the right light, you can actually see the “invisible” ink without the use of the pen. It’s not obvious, but to discourage cheating we tucked that part of the card under the game board during play.

Each agent has a scoring token which moves up the scoring chart, except for Agent Black, who starts at the top and moves down. When Black’s token meets up with another agent’s, the game ends. The players reveal their secret identities, and then each player gets an additional point for each Mission and Secret Meeting they accomplished.

One other twist about the scoring chart is that only one token can occupy each space, which means it’s possible to leapfrog over several agents at once if they’re lined up in a row. Or if, like me, you’re unlucky and your agent doesn’t score until the others have moved a little further up the chart, it’s very hard to get caught back up.

The text-messaging portion of the game is optional, and requires one cell phone. You text “SPY” to Hasbro’s servers, and then you’ll receive six texts during the course of the game which give additional instructions and add an element of chance. Players pass the cell phone along as they take their turns, and if the text arrives during your turn, you get to act on it. I played once with the texting (as recommended, to get used to the game itself) and then once without. It states on the box that Hasbro will maintain the servers until the end of 2011, at which point it’s not clear whether the text-messaging portion will continue or not. I would guess it depends on the success of these games.

Secrets & Spies is for two to six players, ages nine and up. I played with a group of mostly high schoolers, so admittedly we were all older than the target audience. The game took roughly an hour the first time we played and were learning the rules, but the second time lasted between 30 and 45 minutes. Three of us enjoyed the game and thought it was worth playing some more; two were on the fence, and one just didn’t care for it at all.

I’ll give you the bad news first: the biggest problem we ran into, really, was the fact that Agent Peacock looks purple on the board, and most of the players kept confusing her with Agent Plum (who’s supposed to be purple). I was familiar enough with the characters from the original Clue game that it didn’t bother me, but then I had to pretty much remind the rest of them throughout the game not to move the wrong pawn.

Other complaints may not apply to younger players, but the fact that the scoring chart includes “Cool Spy” became a big joke throughout the evening. Also, C.L.U.E. stands for the Criminal League of Ultimate Espionage—you can imagine how cool that seems to a bunch of high schoolers. The photos of the various agents are also a bit over-the-top; Agent White quickly got the nickname Lady Gaga, and Agent Mustard looks like he learned his tough-guy stance from an after-school special. But, you know, these were cynical teenagers; your average nine-year-old might actually be impressed.

Finally, I’ve mentioned before that one of my personal pet peeves is oversized boxes. While the box for Secrets & Spies isn’t ridiculously oversized—it’s comparable to other Hasbro boardgames—the plastic divider tray inside is absolutely useless. It’s clearly something for some other game that they just threw into this box, because there are strange notched trays that don’t actually fit any of the components. Instead, most of the stuff just gets tossed in the large, undivided section. It’s not a deal-breaker, but slightly annoying.

As far as the gameplay goes, what some of the players disliked was that you didn’t have control over your own fate. Since you could move (and score with) any of the agents, sometimes you could just use whoever was most convenient, knowing that you would still get a point for a completed mission at the end of the game. However, if for whatever reason nobody used your agent as much, there’s no good way to get caught up before the end of the game.

But here’s what I did like: the secret identities concept has some potential, and I don’t think there are too many games for younger players that incorporate this sort of game mechanic. The invisible ink and the text-messaging option are both a little gimmicky, but they work. It’s fun to sneak a peek at the Meeting cards with the black light, and everyone wanted to get a text during their turn. (One downside is that some players dragged out their turns in the hopes of getting the text.) I also think the leapfrogging on the score chart makes for more interesting strategy than if everyone simply moved one point for each mission.

Your Mission, Should You Choose to Accept It…

I think Secrets & Spies is, overall, a pretty decent game. It’s not involved enough to satisfy hardcore gamers for long, but it’s certainly something you could play with your kids and actually enjoy with them. Even the high schoolers were interested in playing a couple times. The Clue branding might be a little misleading because this is far removed from a deduction-style game, but as long as you know that it’s a fine game on its own. The visual appearance of the game is a little more Spy Kids than The Bourne Identity, but since it’s for nine-year-olds maybe that makes sense. Hopefully I’ve provided you with enough of an idea that you’ll know if you and your kids would enjoy it.

All images by Jonathan Liu. 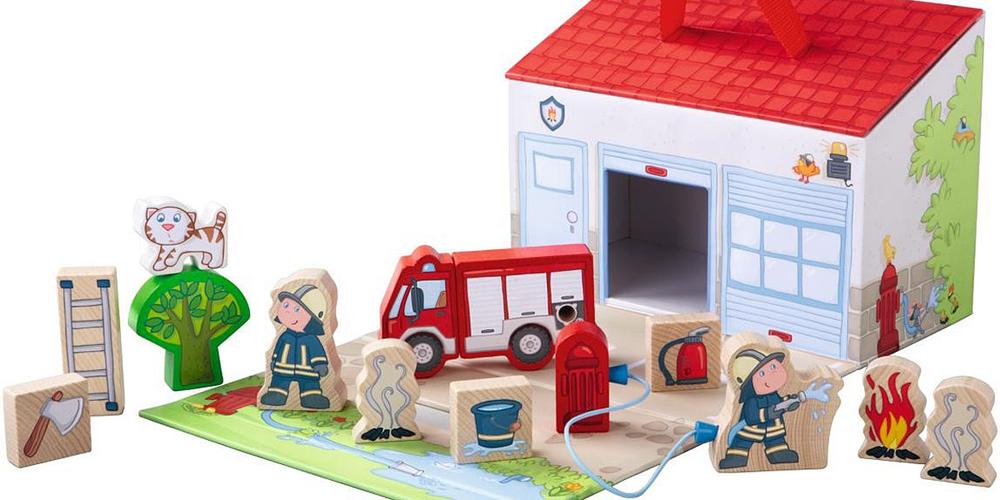 HABA “To the Rescue!”