This scene in Star Wars: A New Hope seals our impression of Darth Vader. We already know he’s dangerous and evil. But in this scene, a simple gathering of Empire personnel, he crosses the line into truly terrifying.

And more than a little cool.

So what does Darth have in common with Sgt. Phil Esterhaus of Hill Street Blues, one of television’s true good guys?

They were both made iconic by a briefing room scene.

We’ve all watched or read this scene a zillion times: the principals gather to talk about what’s next, sometimes around a true conference table, sometimes just in the same room.

I never thought to peg this type of scene as overly interesting until I saw a link to a Kung Fu Monkey blog post by John Rogers, one of the writers of the television show “Leverage.”

There’s even a second one Star Wars: A New Hope when the rebel pilots gather to talk about the assault on the Death Star. Sgt. Esterhaus became famous for his briefings at the beginning of every Hill Street Blues episode, always finished with the warning to “Hey! Let’s be careful out there!”

As Rogers pointed out, these scenes can be difficult to write. Essentially, the writer is simply trying to pass along information to the audience in the quickest way possible. But a great briefing scene not only gets in that information but adds in conflict between characters.

Marvel’s Avengers comic over the years has gotten great mileage out of the conference room in Avengers Mansion, from when the government liaison Peter Gyrich decided the super group had to meet affirmative action requirements to the argument that started at the beginning of Avengers: Disassembled and led to the destruction of the mansion.

However, when they’re badly written, briefing scenes are painfully boring. Need proof? Pick any meeting room sequence from Star Trek: The Next Generation. All you get in those is simple information and bland chatter. The recent Battlestar: Galactic made more effective use of them.

I knew had briefing room scenes on the brain when I picked up The Lost Fleet: Dauntless by Jack Campbell last week and noticed that in chapter two, just after our protagonist has taken over a doomed fleet, that, yep, there’s a briefing room scene, a good one as everyone questions our hero’s plan and his leadership skills.

So what are your favorites? 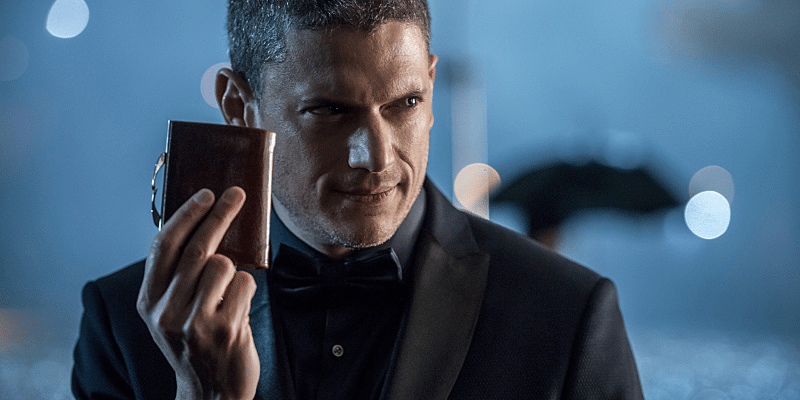