The Dingoo a320 Pocket Emulator

Typically, I try and keep my shenanigans here at GeekDad to a minimum. I mind my Ps and, occasionally, even my Qs. When I review an item it’s typically something along the lines of a kid’s music CD or the occasional stroller, but today’s review is different. I am about to discuss a topic so taboo that readers’ spines may spontaneously contort and their hands twist to wretched claws upon the merest glance. I am prepared to lay bare the secrets of a device so diabolical that few dare speak its name. I have sealed my infernal pact with the shadowy forms that lurk beyond, and will shortly embark upon an extended tour of bone-bleached shores by way of this Stygian artifact.

Of course I am talking about the Pocket Retro Game Emulator!

Feel free to flee this site in horror if you find such topics as videogame emulation distasteful. Otherwise, my accursed cohorts, let us begin.

What our friends at ThinkGeek refer to as the Pocket Retro Game Emulator is more accurately described as the Dingoo a320, an interesting little number manufactured by Shenzhen Dingoo Digital. On the surface it appears to be nothing more than a shady Chinese handheld gaming device, but a closer inspection reveals it instead to be a robust and well-constructed shady Chinese handheld entertainment system. There is a difference.

Packed in with the Dingoo is a cast of all the usual characters: a manual, some earbuds, an RCA output cable, a standard-to-mini USB cable and a USB-to-AC adapter. While certainly not inspiring on their own, these do accentuate the unit nicely and provide practically everything you need to get up to speed with your shiny new handheld. The a320 even ships partially charged, so you can give it a good once-over right out of the box. The unit itself charges via USB, though the included adapter can be used to plug it into a standard wall outlet, and the USB connectivity is also used to load games and files to the device in the same manner as a USB flash drive. The caveat to that statement being that while XP and Mac OS support is fairly stable, those running Vista SP2 or Windows 7 will find their machines unable to recognize the Dingoo a320.

The a320′s native interface is the generic equivalent of Sony’s XrossMediaBar. In fact, if you’re a PSP or PS3 owner, scrolling through its functions feels perfectly familiar. It features program groups for gaming (“Game Center”), music (“Music Hall”), video (“Movie Theater”) and FM radio, as well as components for recording audio, viewing pictures, reading text files and outputting your a320 to a television. Of course it also boasts less impressive fare like the requisite file browser and system setup interface. The Dingoo’s most obvious physical feature is its uncanny resemblance to Nintendo’s Gameboy Micro. In truth, the system is slightly larger than the Micro and has extra face buttons, but it’s easy to confuse the two at a glance. Said face buttons (A,B, X and Y) and the system’s d-pad have a good, hearty feel and solid, springy response that’s rather unexpected for a device of this type, as do the intuitively positioned Select and Start buttons. Likewise, its 2.8 inch LCD offers a crisp picture, an incremental backlight and far less glare than one might imagine. The a320 also ships with a screen cover that protects the entire face of the handheld from scratches, although it does gather more than its fair share of fingerprint grime. Even the L and R shoulder buttons that rest atop the unit, which are in truth little more than glorified cousins of the Select and Start nubs, have a proper pop that belies their diminutive size.

The bottom of the system is home to a pair of metal-grilled speakers. These speakers are by no means what one might call “high-fidelity,” but the sound quality is more than acceptable. Plus, the fact that they are embellished at all and not simply holes in the plastic frame is another pleasant surprise. Positioned between them is an AV Out port, a mini USB input for charging and file transfer and a miniSD expansion slot. Yes, miniSD. It’s a bit of an odd choice to supplement the a320′s 4GB of on-board storage given the prevalence of its smaller cousin, but thankfully I had a micro-to-miniSD adapter that proved indispensable for this particular technological emergency.

The right side of the a320 boasts a headphone output – positioned in such a way as to allow the user to slip the unit easily into a pocket for some on-the-go listening – and the power/hold switch. The hold function was another interesting perk, but even after using the device for weeks I’m still a little unclear on the functional lean of the power slider. Originally I was under the impression that one simply needed to “flick” the button upward to power the device on and hold it to shut it off, but after extensive testing I have determined that the switch is just a little finicky. Sometimes I find myself holding the switch for several seconds before the a320 powers on, and other times the merest flick will turn it on or off. It’s certainly not a major complaint, but it’s an erratic behavior worth noting.

The left side of the unit, however, leads me to my first legitimate beef. You see, nestled there below its exquisite d-pad lies the a320′s reset button and microphone. Both are recessed in near identical holes and, due to the system’s habit of sporadic lock-ups, I’ve found myself mistakenly shoving a paperclip into my mic rather than the reset trigger on a number of occasions. Again, certainly not a wholly unforgivable design flaw, but a genuine annoyance. Gameboy Micro and a320 top view

The Dingoo handles each of its more pedestrian functions ably. It’s a no-frills music player that supports MP3, WMA, FLAC, WAV and a handful of other file types, with the d-pad used to control the volume (up and down) and track progression (left and right). The same cross-media interface also lets you sort tracks by title and artist. It’s certainly no threat to iPod dominance, but it manages to function as well as any other cut-rate media player.

Its video capabilities, however, are a bit more suspect. It easily recognizes AVI, MP4, MOV, MPEG and even Real Media files, but, depending on size and codec, I found that the Dingoo may or may not be able to play the files without slowdown or frame-skipping. For what it’s worth, I had the best luck with AVIs, with only minor stalling in a typical 22 minute video.

The a320′s picture viewer, text reader and record function are likewise unpolished but functional, and its FM radio reception is actually quite impressive. All of the preceding, however, represents its secondary functions at best. The system’s real attraction is rooted in more a dubious purpose.

Sure, the Dingoo a320 comes preloaded with a number of “original” games like the 3D adventure 7 Days and cell phone classics like Tetris and Snake clones (not to mention a number of really shoddy homebrew titles in the unheard-of .JGC format), but the elephant in the room is that this baby is designed for emulation. The system comes equipped with handheld/console emulators for the NES, SNES, Gameboy Advance and Sega Genesis, as well as Neo Geo and CP System I and II arcade support. These combine to give the a320 positively staggering gaming potential, but some of the emulators function better than others.

At the top of the list is the NES emulator. The meager graphics, undemanding sound and comparatively small file size of these 8-bit classics make for a near perfect emulation experience. As with all the emulators, volume control and button mapping can be adjusted as you see fit by using the power switch to toggle up the system interface. Plus the use of quick saves (via 10 available save state slots) can make powering through notoriously unforgiving old school titles a lot less stressful.

Only slightly less functional is the Dingoo’s GBA emulator. While framerate and sound issues are never a serious problem, the system’s 320 x 240 resolution is significantly more robust than the Gameboy Advance’s 240 × 160. Running games in full-screen mode leads to some on-screen distortion and pixelation, but its far superior to running them in their original resolution and sacrificing all that screen real estate. Plus, a little stretching is a small price to pay for having such an enormous catalog of quality games at your disposal.

The a320′s arcade support is also admirable. CPS1 games play properly from the standard ZIP archives, although CPS2 and Neo Geo titles must first be converted via a pair of specialized applications. Though there is the occasional sound glitch or bit of slowdown, the main drawback with regard to arcade emulation has less to do with the Dingoo’s horsepower than with its control scheme; in short, beat ’em ups and fighting games are made to be played with joysticks rather than directional pads. In spite of this, it’s nice to be able to play through such titles without bankrupting yourself one quarter at a time. Also, it is of note that the a320 certainly doesn’t offer 100% support for all Capcom/Neo Geo arcades, but the system’s healthy fan community has compiled a helpful list of functional titles. Gameboy Micro and a320 size comparison

At the bottom of the heap are the Dingoo’s SNES and Sega Genesis emulators. Super Nintendo ROMs tend to suffer from speed and framerate issues, and these also lead to some rather unsavory problems with game soundtracks. Still, with a little luck and some manual adjustment of the frameskip function, many of your old favorites should be playable. Fans of Genesis titles, on the other hand, are far less fortunate. After I discovered the reason the Dingoo couldn’t recognize my Sega ROMs was that the file extension had to be manually changed from .BIN to .SMD, I believed my troubles to be over. And yet they were just beginning. Jerky frame progression makes quick-moving titles practically unplayable, and even more leisurely paced games are plagued by rampant scan lines. Personally, I blame it on the Dingoo’s noticeable lack of Blast Processing. /rimshot

In summation, the Dingoo a320 is a multimedia handheld that’s true functionality skews more toward illicit gaming, and, with a few notable exceptions, it does so very well. So well, in fact, that it summarily managed to make me feel like a chump for all the time and money I’ve invested trying to make my other handhelds perform similar functions. With a solid build, a ton of out-of-the-box functionality (only some of it questionable), an eight hour average battery life, 4 GBs of built-in flash memory and a miniSD expansion slot, the a320 is value-priced at $100. Plus, the community that’s sprung up around the device is constantly extending its potential. From additional emulators to custom firmware and its own Linux kernel, the Dingoo a320 is a handheld that’s as much for the (un)conventional hacker as it is for the classic gamer.

TIRED: reset button looks identical microphone input, less-than perfect SNES and Genesis emulation, no dedicated volume control, Windows Vista issues, the souls of those who engage in emulation will surely be tortured by foul serpents for all eternity in the 7th Bolgia 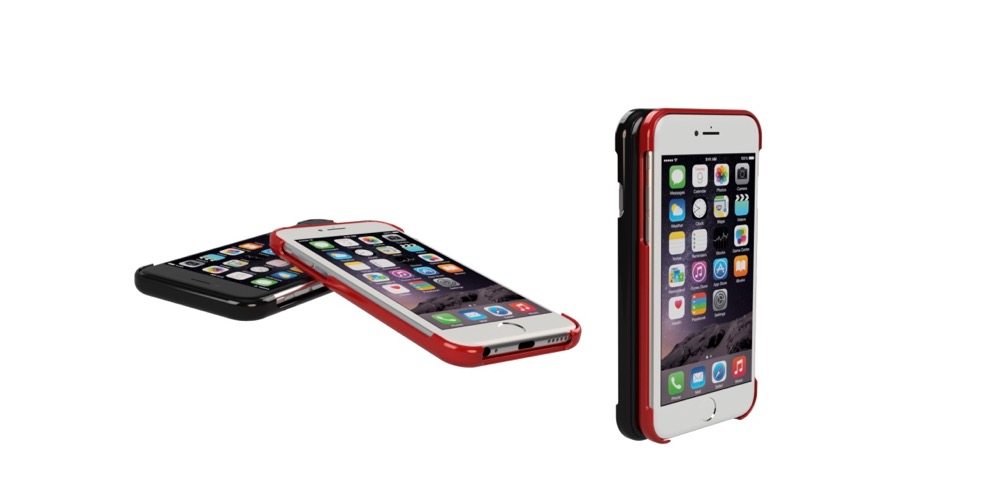 Powis iCase Review: Protect Your iPad With A Stylish Transformer