There are many games that are more intuitive, easier, shorter, and appeal to a broader audience than Leader 1, but in honor of the Tour de France I thought it would be appropriate to introduce it now. Let me be frank: I know very little about cycling. I have a pretty nice hybrid bike with a ladybug trailer (that’ll be the subject of another post eventually) and I’ve been riding around town with two kids in tow since I moved to Tribune, Kansas (population: 800 or so). However, riding a couple miles at a time certainly doesn’t make me an expert on cycling, especially racing. But, when I came across Leader 1 I was really intrigued by its game mechanics, and reviewers on BoardGameGeek.com all seemed to agree that it was an excellent simulation of real cycling.

So if you love the Tour de France (and here are Ten Reasons Geeks Should) and you love board games (as I do), then you might want to take Leader 1 out for a spin. (If you’re new to board games and you don’t have any interest in cycling, you might want to hold off; I promise I’ll write up some more newbie-friendly games soon!)

Leader 1, published by Ghenos Games, works for two to ten players, is recommended for ages 14 and up, and takes (according to the box) “45 minutes +” which I suppose means more than 45 minutes. The times that I’ve played it it’s definitely taken significantly longer, but I was teaching new players each time. The game is available at various online dealers for in the neighborhood of $40; of course, I always recommend supporting your Friendly Neighborhood Game Store if you have one nearby.

Each player controls one or more cyclists along a customizable track, with the obvious goal of reaching the finish line first. With fewer players, each person gets a team of three cyclists; with larger groups everyone controls one or two riders and works in teams.

When I first read through the rulebook, there were many terms that were totally unfamiliar to me (but will probably be a piece of cake for you Tour de France fans): peloton, rouleur, cracking, breaking away … but after the first game things started clicking and now I throw the terms around as if I knew what I was talking about. The game comes with 21 double-side track hexes which you can use to create countless different track configurations. There are a few suggested tracks of different lengths, plus some tips on building your own tracks. The hexes are large and are made of a very sturdy cardboard with a glossy finish; they’re probably among the highest quality cardboard tiles I’ve seen in a game. The artwork on the tiles is great, with little details like crowds at the start and finish line, and various landscaping along the way.

Next comes the little bikers: you get 15, five teams of three each: a Leader, a Rouleur, and a Climber. They’re cute, but a little fiddly: they can come apart in three pieces, and I found it helpful to superglue some of the more accident-prone bikers onto their bikes.

There are lots of little chits for marking feed zones, difficulty of climbs, energy tokens, and turn summary cards, all made of similar heavy cardboard. The player pads for tracking energy could be much smaller and better organized—basically you just need a spot to add/subtract energy for three bikers, but the pad is divided up into lots of little squares which was initially confusing.

The biggest disappointment though, is the dice. There are two 12-sided dice. One is standard, but the one that moves the peloton goes from three to five (with one special red face). The problem with this is that they included a blank 12-sided die and a bunch of stickers. I ended up just marking the die with a Sharpie. Come on! A game manufacturer can’t get custom dice made up?

The game mechanics center around energy: each cyclist starts with an equal amount of energy (based on the track layout). Energy use depends on a number of factors: the type of cyclist, the type of terrain, whether or not you’re in the peloton, and whether you’re slipstreaming behind another biker. Each biker gets a certain number of “free movements” according to the terrain, and then can spend extra energy to move more spaces beyond that. However, the energy costs go up significantly: it costs one energy to go one extra space, but 11 energy to go an extra five spaces.

Different categories of climbs limit the number of paid spaces you can move. If you really want to push your cyclist, you can take a risk: “cracking” costs you triple the energy and can really set you back. Another type of risk is riding through bad patches of road, where you can fall and sit out a turn. Each cyclist can only take three risks per game, and it gets harder to succeed each time.

There are also rules about breaking away from and getting reabsorbed by the peloton. You use less energy when you stay in the peloton, but you also won’t win the race. The players take turn controlling the peloton, deciding whether it is “in pursuit” or not.

On paper, it seems odd that the fairly simple mechanics of addition and subtraction could lead to an exciting, realistic race, but somehow it does. I played once with a cyclist friend of mine in Denver who really got into the game, and it was a knuckle-biter at the end. He agreed that it was a pretty good simulation of the different abilities of bikers, and I would predict that people who understand cycling would probably develop better strategies in this game as well.

I think 45 minutes is a pretty conservative estimate, particularly when you’re first learning the game. I’ve read comments that the game actually goes faster with more people, since each person is responsible for fewer bikes, but I haven’t gotten to test that theory myself yet. There are also instructions for stage races, which would obviously be much longer.

The rulebook, while printed in six different languages, is not necessarily the easiest to understand. I found a helpful interpretation on BoardGameGeek which I’ve been using, but there are others who have come up with their own rules, including one calling itself “Leader 2.” Still, it’s a good idea to read through the rules at least once with a board set up in front of you; it’s not a game where you can just pick it up and figure out as you go along.

I haven’t had the best of luck convincing my high school gamers to play this more than once, but so far I’ve played two full games and have thoroughly enjoyed each game. (This, despite the fact that I lost on the last hex each time!) It’s well-designed, beautiful, and a different theme than most board games. It’s also not a game where you have a runaway winner and everyone else is just waiting for the game to play out, as I’ve discovered from experience. There’s always room for strategy, even up to the last few spaces.

The bottom line? If you’re a cycling fan and you want to play a truly incredible board game about bikes, you should check out Leader 1. Or, if you’re a board gamer who’s looking for something a bit different, this may be a good addition to your collection. If you’re new to board games and don’t have much interest in cycling, I might steer you towards something else instead.

Tired: “English” rulebook needs some translation; having to put stickers on a 12-sided dice is just lame. 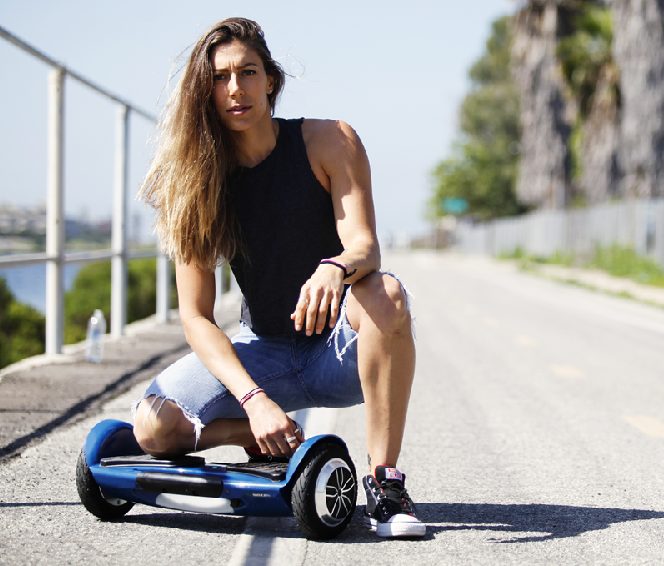 Hotel for Dogs Gets Paws Up From my Geek Family