Note: The “Axela” name on the car is the Japanese model name corresponding to the Mazda 3 in the U.S. Photo: Mazda Motor Corporation.

Does it seem to anyone else that cars are undergoing a technological renaissance the same way telephones have? I mean, for the longest time both were pretty much outside geeks’ realm of interest, just everyday devices that were useful but not “cool” in any way. The coming of cellular technology ushered in the modern era of phones that can do a thousand things they never could before. Cars haven’t gone that far just yet, but there are signs they’re solidly on their way there.

I was excited to test drive the 2012 Mazda 3, because my wife and I have been driving a 2010 Mazda 5 since the fall of that year. Our Mazda 5 is a bit spare on the geeky side of things, lacking much in the way of electronic bells and whistles, as it were. The 2012 Mazda 3 was a definite improvement.

The Mazda 3 is a very good, reliable car. It has a sporty look to it that should appeal to those who like their cars to be more than just utilitarian, while seating four comfortably and five with some amount of back-seat squishing. A race car it’s not, but its pickup was certainly adequate entering highways and its steering more than adequate to handle city and highway navigation. The ride was consistently very comfortable, and driving in the rain I felt in complete control of the vehicle.

The Geek Factor: The Mazda 3 came with a very nice navigation system, which had one design element I particularly liked and one that I very much didn’t. I loved the fact that the navigation display was positioned at the top center of the dashboard, meaning that you could easily glance at it without moving your eyes very far from the road. I hated, however, the fact that the only way to set the navigation system was via controls on the steering wheel — especially in a car meant for a family, it really should be possible for a front passenger to manipulate the nav system, too. Who wants to have to stop the car every time they want to change the settings (safely, anyway)?

And, while I was glad to see that the Mazda 3 had a USB port for the stereo in addition to the aux jack that the 2010 Mazda 5 had, I could not for the life of me figure out why they chose to locate it inside the console between the front seats. I suppose it might make it easier to put your mobile device someplace out of the way, but it’s incredibly hard to find when you’re not used to the car and you’re stopped at a traffic light, and the downside to putting your device somewhere out of the way is that it’s then that much easier to forget to take it with you when you leave the car. Trust me — I found out both of those the hard way.

Still, the stereo system was excellent, delivering terrific fidelity — the bass was rich and deep, and I didn’t detect any squeak on the treble. The controls for the stereo were well-marked and easy to use. The bluetooth audio played without a hiccup, although the stereo’s display — just alphanumeric, not LCD — did not do a very good job keeping up with what tune was playing.

Summary: On the whole, the 2012 Mazda 3 is a very good car. At a retail price (for the edition I tested) of around $22,000, it’s worth a look. It’s received excellent safety ratings and gets terrific gas mileage (up to around 28 city / 40 highway). It’s not the geekiest car you could get, to be sure, but you could do lots worse on that front — and it’s a solid, reliable car that still manages to look sporty. Hard to beat that, really. 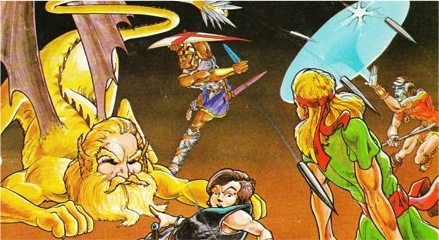