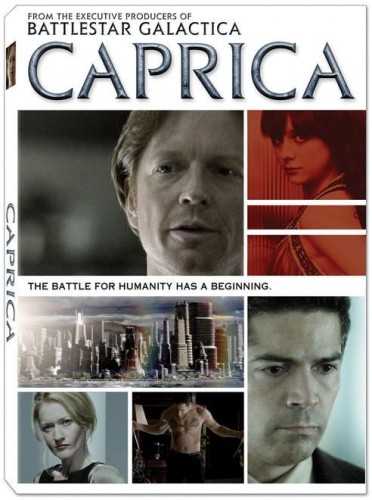 Battlestar Galactica this isn’t. The pilot episode of Caprica is more grounded, both literally and figuratively. Where BSG depended on the interactions between many strong characters—so many that you could never really guess where any of them was going—Caprica has only a few. Where BSG had tightly-scripted action and life-or-death decisions in every episode, Caprica is slower and more methodical.

Caprica depends largely on the characters of Joseph Adama, Daniel Graystone and his daughter Zoe, and to a lesser extent on his wife Amanda and Zoe’s friend Lacy Rand. If you’ve heard anything about Caprica (and you probably could have guessed anyway), you know that Joseph is the father of Bill Adama, who appears as 11-year-old Willie here. (This means, since the opening of the pilot says that it takes place "58 years before the fall," that Bill Adama was 69 years old when the 2003 BSG miniseries began; one wonders how Edward James Olmos, who has only just turned 62, feels about that.) The Adama family has recently arrived on Caprica from their home colony of Tauron, and to fit in better they have adopted the last name "Adams." Joseph is a lawyer doing work for the Tauron version of the mob via his brother. Daniel Graystone, meanwhile, is a brilliant, wealthy robotics genius who is a celebrity on Caprica.

The two men are brought together by a shared tragedy, and Graystone convinces Adama to help him with a project of his that the tragedy has turned into an obsession. Anyone who knows anything about BSG will know exactly what Graystone is going to do, and what the climactic final line of the episode will be, long before the story takes you there, but it’s still remarkably dramatic to watch the whole thing unfold. Yes, we know a lot about the Cylon Centurions, and we’ve heard about the clash between the monotheists and the polytheists, but seeing it happening is a different experience altogether. I was on a conference call last week with David Eick, co-creator and executive producer of both BSG and Caprica, and I asked him about the challenge of making a prequel, where you must assume that everyone watching knows how things will eventually turn out. He likened it to watching World War II movies, where of course you know how the war will turn out going in, but don’t necessarily know the
"idiosyncratic details and nuances and human behaviors that would lead to that." That, he said is "where the show really lives," and having watched BSG and now the pilot to Caprica, I think he’s got it right. 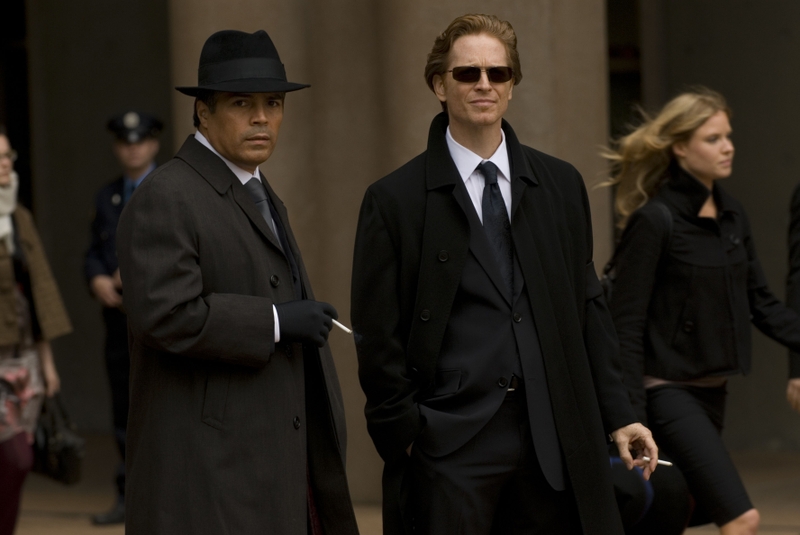 The actors do a fine job with the excellent material. Eric Stoltz plays Graystone well, as a man sure of his own genius whose world is thrown into utter chaos by forces outside his control. Esai Morales plays Adama, and manages to put just enough of a hint of the man we know his son will grow up to be in his performance that it works, but not so much that it comes off as an imitation. The real surprise for me was how good the young actors are: Alessandra Toreson does an amazing job as Zoe and Zoe’s virtual duplicate (who is seen in the first five minutes of the show, and therefore whose existence does not constitute a spoiler); and Magda Apanowicz, who was reportedly very good on Kyle XY, comes off as very credible in a tough role as Lacy. Caprica, like BSG, is the sort of show that lives or dies on its actors, and we may count ourselves as fortunate that the actors have the skills to pull it off. The supporting actors are generally good as well.

All in all, it’s a very good drama, with good science fiction thrown in. But it’s not the kind of action-packed, thrilling, anyone-really-could-die-at-any-moment kind of show Battlestar Galactica fans have been, well, fanatic about these past four seasons. It doesn’t help that the big surprises, like the ones BSG hit us with from time to time, aren’t likely to happen very often in a prequel. As I say, it’s very good, but I’m not sure it has the right ingredients to spark the kind of devotion its predecessor did.

starting today for a list price of $26.98. It runs 93 minutes and is unrated, containing several scenes of sexuality and female nudity, not to mention very intense emotional scenes, so be aware of these before deciding whether or not it’s appropriate for your children. The commentary track with Eick, Ron Moore, and director Jeffrey Reiner, is well worth listening to for background on locations, casting choices, editing and such.

Tired: Slower plot with a much smaller cast than BSG, plus the fact that it’s a prequel, reduce its ability to surprise us. May have trouble building a following.

(Image credit for both: NBC/Universal) 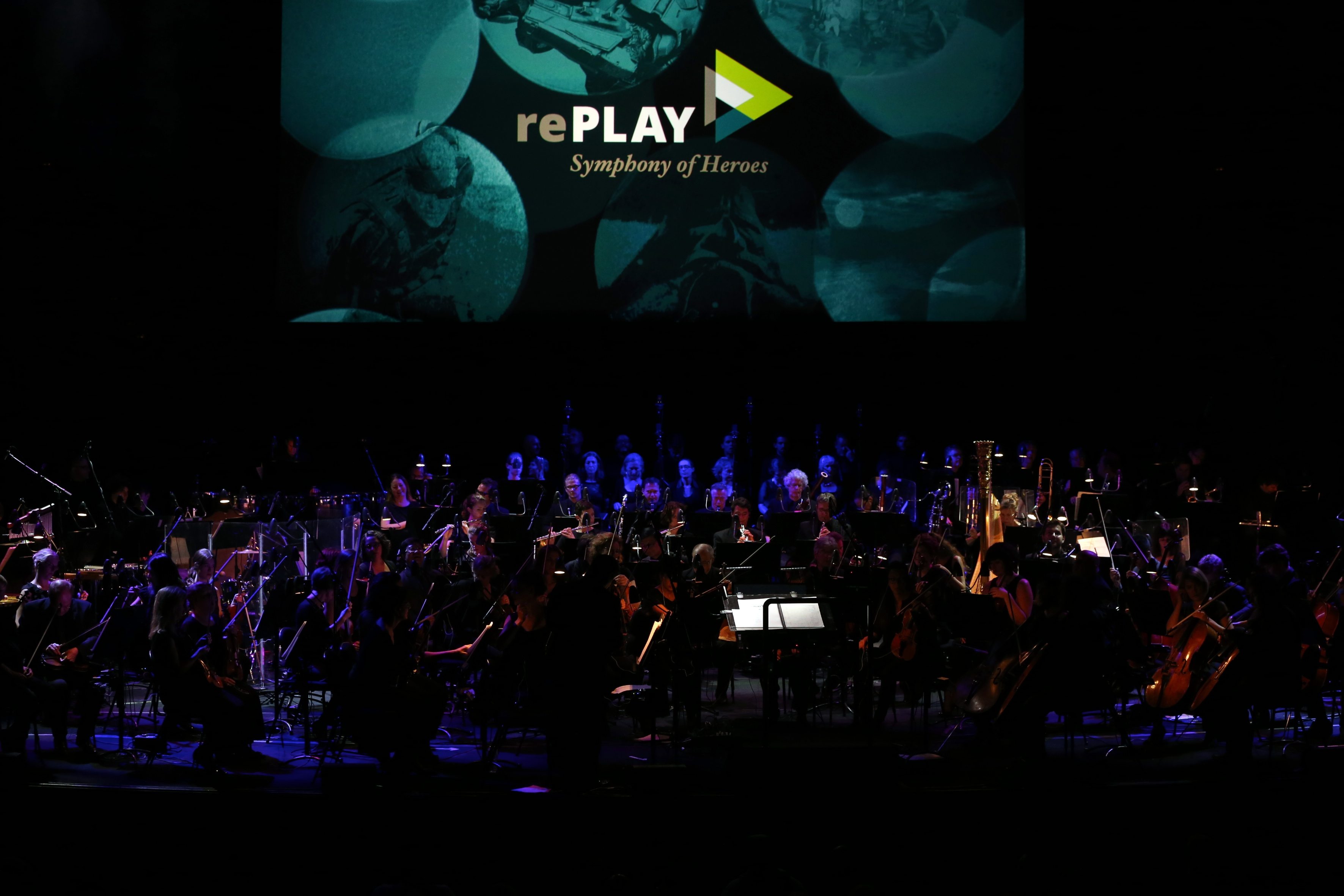