With Free Comic Book Day fast approaching — less than 2 weeks away — I have comic books on the brain. I never read comics as a kid — not even Archie. Not sure why that was… it probably signified a choice between comics and D&D… I chose to game. In junior high I had friends who feverishly read Elfquest, and I’d borrow their comics to follow along — but I never bought any of my own.

Last year, a friend spotted a Blood Bowl comic in our local game and comic store. I’m a big fan of the board game, which is like American football with fantasy creatures (elves, ogres, etc.) as the players. I loved the comics — they really evoked the feel of the game, mixing extreme violence with cunning and skullduggery. If you missed them, be sure to check out the graphic novel Blood Bowl: Killer Contract.

Those Blood Bowl comics did something pretty cool: they awakened a love of superhero comics in me, and I’ve been visiting the comic book store with some regularity since then, picking up a couple issues and graphic novels here and there.

See what I liked after the cut!

G.I. Joe
While officially banned at my house growing up, I loved watching Joe at friends’ houses. There are a couple of Joe comics out there right now but my favorite is IDW‘s lush retelling of the Joe story by Chuck Dixon and Robert Atkins. Begun this January, it starts the story from the very beginning, back when Destro was a Scottish lord instead of a chrome-dome lieutenant. I’ve only bought #1, #2 and #4 but I like what I see! It seems very much in keeping with the original TV show, but aimed toward bigger kids and adults. 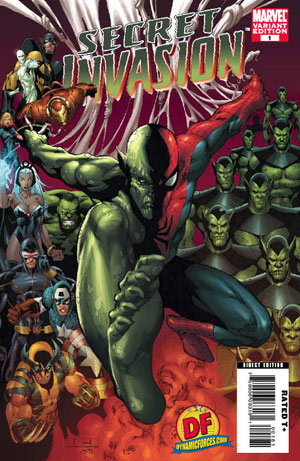 Secret Invasion
Marvel’s ambitious half-year, multi-line story describes the invasion of the Skrulls, those lovable, green, shapeshifting baddies that have been causing a ruckus in the Marvel universe since 1962.

So they invade, infiltrating all the superhero groups on Earth — coincidentally, allowing Marvel to run the storyline through a bunch of their different titles — X-Men, Punisher, Thor, and so on. The first thing the Skrulls do is kick S.H.I.E.L.D.’s ass — Iron Man’s armor gets a virus, the S.H.I.E.L.D. Helicarrier gets a virus and a bomb goes off aboard their space station. Meanwhile, the majority of the Avengers are stuck in the Savage Land in Antarctica, being hunted by a team of elite aliens.

I didn’t really care for Secret Invasion: Thor but X-Men and the primary Secret Invasion comic (8 issues running from April-December ’08) were excellent. 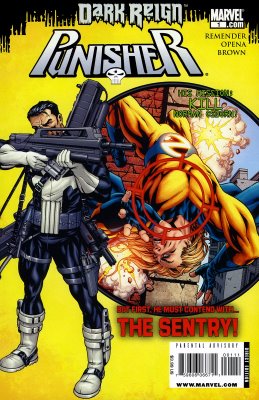 Punisher
Marvel’s latest theme is called Dark Reign and describes the aftermath of the Skrull War. Their new Punisher comic starts with Frank Castle up to his old shenanigans, attempting to assassinate a corrupt politician. But who shows up to stop him? The Sentry, who has taken it upon himself to capture Castle once and for all.

I have a love-hate relationship with the Punisher character. I am perhaps the only fan of the Dolph Lundgren The Punisher movie of the ’90s. Part of what I don’t like about him is that he’s so repetitive. Find bad guys, kill bad guys. I like this Sentry plot because Castle is facing a superhero that is impossibly tougher than him. I cant wait to see how it plays out.

But there’s an added bonus in Issue #1: a fantastic, 13-odd page recounting of Castle’s career.

Conan
This one I’ve bought off Amazon in graphic novel

form. A huge Conan fan, I half-expected to be disappointed but the books I picked up thoroughly embrace the feel of the original Robert E. Howard short stories.

Highlander Origins: Kurgan
This decent comic will appeal to anyone who enjoyed Clancy Brown’s character in the original Highlander movie. Published by Dynamite comics, written by Brandon Jerwa and illustrated by Carlos Rafael, the series does a fine job of describing the character’s motivations and history. 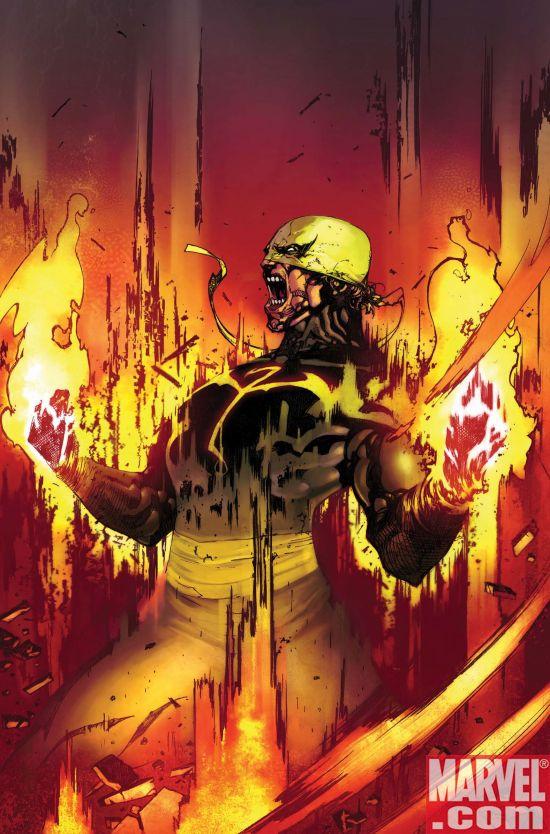 The Immortal Iron Fist
My favorite comic of the lot, I was hooked immediately. This one was a bit of a stretch for me because the earliest issue they had at the store was #22, and I generally don’t like starting that far in. (In my newfound love of comics, I have been studiously avoiding buying later issues of long-running stories…) Nevertheless, I tried it and liked it, and ended up buying #1-21 off Ebay.

Iron Fist was a relatively cheesy superhero created in 1974 as a billionaire martial artist, Danny Rand. However, a couple years ago, when the story was restarted by Marvel, they introduced an interesting twist: what if Danny wasn’t the only Iron Fist, but was merely the latest in a long string of heroes dating back to ancient times? They rebranded him as the Immortal Iron Fist and set about telling his story and those of his predecessors. If you love kung fu movies, as I do, you’ll love this comic.

But enough about my comics — if you have even a glimmering of love for comics, be sure to check out Free Comic Book Day on May 2nd!