The nominations for the Hugo award were announced yesterday by the World Science Fiction Society. Many people have already expressed their opinions of the list, and the general consensus is that it is excellent. Now, not that anyone asked, we at GeekDad would like to add our collective voice to the geeky mix. 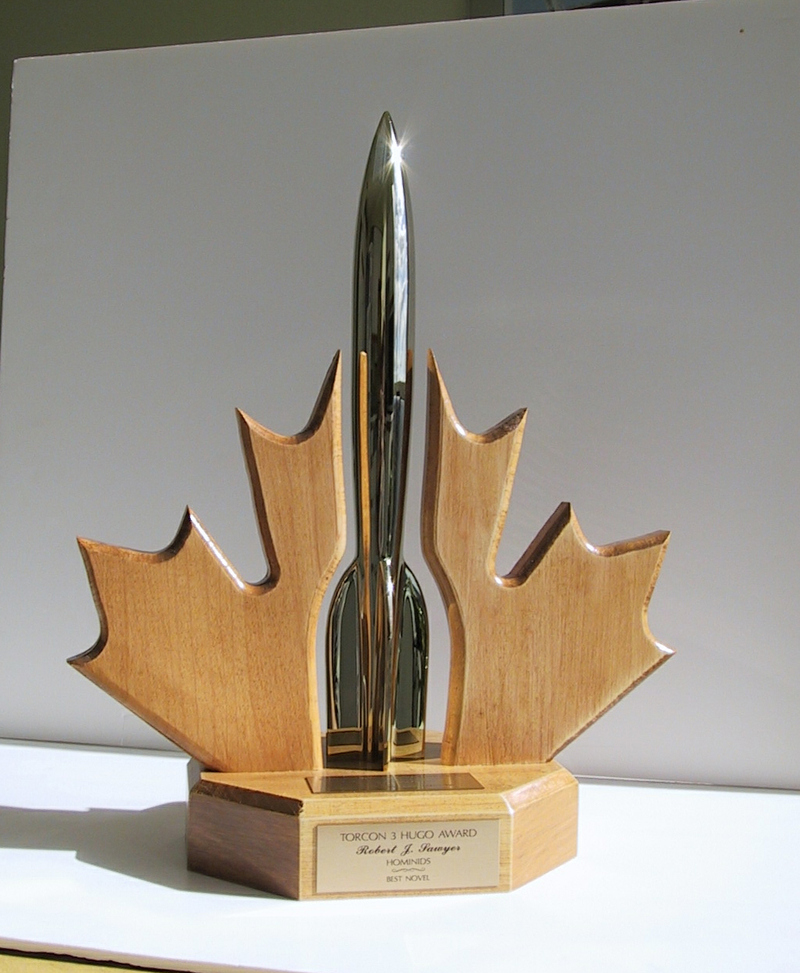 We certainly must agree that the nominations are overall absolutely excellent. Our heartiest congratulations to all who were nominated, and a triple dose to geek dad John Scalzi for his three(!) nominations. Now, we (or at least I) haven’t read every story that was nominated, but the collection of talent represented there indicates that, whoever wins in each category, nobody can say the winner is undeserving. Of particular note is the fact that much of the nominated writing can be read for free online, and that many of the nominated authors are strong proponents of looser copyright laws.

We couldn’t be much happier about the "Best Dramatic Presentation, Short Form" category, which contains two episodes of Doctor Who, an episode of Battlestar Galactica, an episode of Lost, and Doctor Horrible’s Sing-Along Blog. This is seriously geeky territory here, and we predict a close vote. The fact that there are two episodes of Doctor Who means, unfortunately, that neither is likely to win, because fans’ votes will probably end up being split. And the nominated episode of Lost was a good one, but there’s no way it can stand up to its competition. So it looks like it’s down to the BSG episode against Doctor Horrible. Our guess, or at least our hope, is that the voters will wait to reward BSG next year for the series finale (which we’re pretty confident will be nominated, even though we’ve only seen the first third of it so far), and give Joss Whedon the award for his brilliant web series.

The "Best Dramatic Presentation, Long Form" category, we fear, will probably come down to a pure popularity contest, because, really, how do you compare Dark Knight with WALL-E? And how do you compare four movies with an audiobook?

The Hugo Awards will be given out at a ceremony on August 9, 2009, at Anticipation, the 67th World Science Fiction Convention, in Montreal—information on how to vote can be found here. Again, congratulations to all those who were nominated!

Review: Twin Blades Brings Nuns and Zombies to Your iPhone

1.4 Gigapixel Image of the Inauguration Shows the Day in Amazing Detail