This is a guest post by Alex Jarvis, who writes for us from the POV of the "son of a geek."

As of this writing, I am the tender age of twenty, and still living under the same roof that I grew up in – a medium sized suburban home with my Mother, my Father, and my sister Julie. As of last year, every single one of us is connected in several different ways; we all have cell-phones, and we are all connected to the Internet via personal computers. There are more Internet-ready devices in my home then there are people, pets, and cars. I suppose I am pretty proud of this, but there have been some unforeseen consequences. Modern technology seems to bring people closer with those once thought distant, letting us create new connections with various flavors and styles of people once left to the periphery. I’ve noticed that this doesn’t do the same service to the nuclear family, and the Jarvis household has felt this. Four cars, four people, six jobs, and communication has suffered. So a few months ago, I decided to see if I could coerce the entire line to experiment in a little social networking. I researched a bit and came up with a fairly elegant solution: the @Family.

First,
I made a twitter account for each of my family members, following a very specific naming and password convention so that no one would get confused. I connected everyone’s cell phones to he social networking service and gave them all a quick run-through of how to use the service. Then, I created a an account or the whole family , which can be found @JrvsFam. I linked the whole mess together at GroupTweet.com, wherein a single message can be broadcast to an entire twitter group
(groups are a feature not-yet built into twitter proper) via direct message. That way, if i wanted the entire family to get a quick update on my schedule, a problem with my car (or the occasional need for  a quick twenty…), I need only D jrvsfam, and within minutes the entire family got it.

My mother and sister largely forgot about the service, but appreciated it passively as a notification system. My father, whom you may remember as a bit of a repressed geek from my last article, took to it like a duck to water. As is evidenced by his first tweet, he was more than happy to use the device whenever possible. A sad note to those visiting the @jrvsfam twitter; for some reason, not all of the broadcast messages are showing up in the time line. However I can assure you many more were sent, including the following gems:

Apart from rote humor, it has actually accomplished wonders in the way of increasing our overall communication. Suddenly, the entire family is up-to-date on each others actions. We haven’t had to reshuffle the cars in our single lane driveway nearly as often as we used to. The times we get to eat together have even improved, with twitter facilitating not only when we are eating, but what and where.
The @jrvsfam experiment continues, with a combination of confusing and enlightening Tweets. At the root of it all is the fact that my family has begun to embrace technology in more interesting and useful ways. If I play my cards right, then they’ll have no problems with the R2 unit I ordered off of Amazon…. 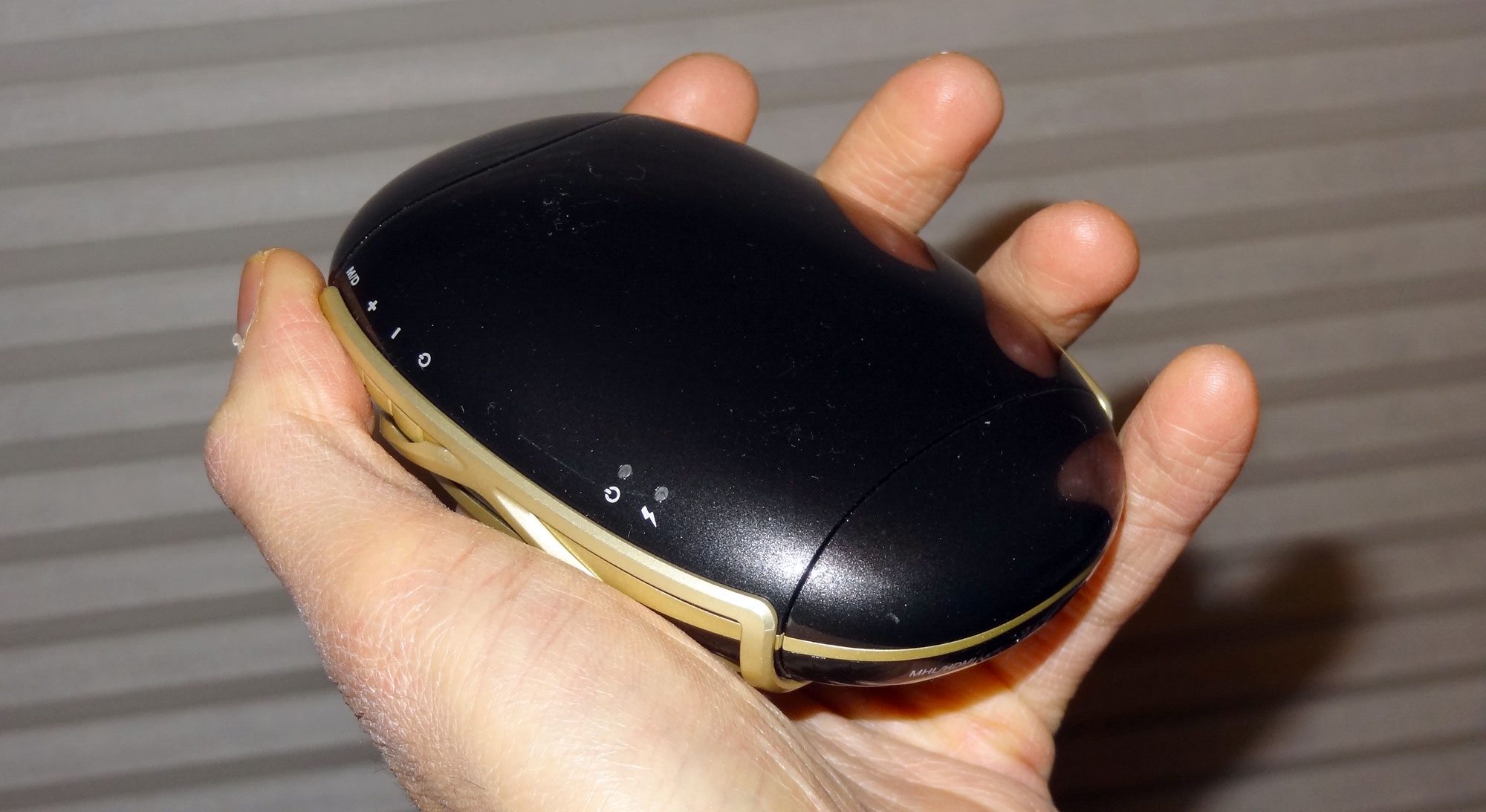 Adayo Projector Puts a Big Screen in Your Pocket