This is a follow-up to my 10 Science Fiction Films I Cannot Wait to Share With My Kids post. It is by no means a "Top-10 List" or comprehensive list of good genre television. These shows are just a few that are favorites of mine that I wish to share with my Geeklets once they get a little bit older.

My 11 and 13-year-old are already avid sci-fi watchers. They in love Dr. Who (even some of the older incarnations!) Stargate SG-1 and Atlantis, Farscape, and everything with Star Trek in the title. They are also fans of some earlier stuff like The Twilight Zone and The Outer Limits.

The following are shows that I feel are a bit too adult for my kids at their present level of development, but are some of my favorites. As it was in the Movies list, they are all pretty dark and include some adult situations or and/or extreme violence. However, they all make for some great TV watching and I cannot wait to pass them along to my young ‘ens when they are older!

Please include some shows you would like to share with your own offspring in the Comments section below. 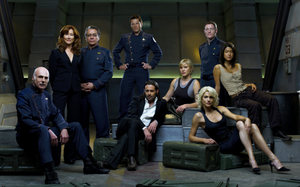 1. Battlestar Galactica (Current Series) – IMHO simply the best written show on television. I will mourn its passing when the series comes to an end in a few months. I am only thankful that it was allowed conclude on its own terms.

2. Firefly – Unlike BSG, this series was killed way too early. I still watch it regularly with my friends, though, and I have a feeling both of my children will become Browncoats some day.

3. The X-Files – Conspiracy theories, UFOs and sexual tension… Who could ask for anything more? The through-line of the series could be a little convoluted at times but many episodes were just frakkin’ brilliant. 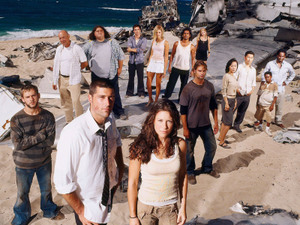 4. Lost – My kids are already asking if they can watch this one. Pretty soon, I tell them. Pretty soon. Time travel? Smoke creatures? And what is up with that four toed statue? A J.J Abrams led roller coaster ride of monster proportions.

5. Ghost in the Shell: Stand Alone Complex – Good animation, complex story lines, and believable science content. This great anime series has a bit too much blood for the younger set and the tendency to get talky at points.
However, I just love this show in all of its complexity. 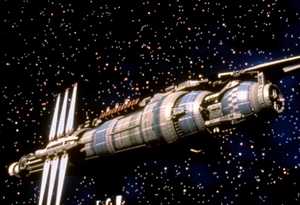 6. Babylon 5 – Of all the shows on this list, this series will be the one the I introduce my kids to next. It will have to be in DVD
or download form since it is not available in syndication at this time. A little dark at times but definitely thought provoking and action-packed. J. Michael Straczynski writes some great stuff!

7. Twin Peaks – I am not sure whether you can categorize this show as science fiction or not, but it was definitely out-there. And it certainly rated high on the disturbi-ness scale. Unfortunately, this David Lynch series sort of sputtered once we found out who killed
Laura Palmer. 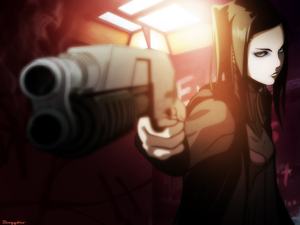 8. Ergo Proxy – Another great anime series, depicting a post-apocalyptic far-future Earth. Very violent and a little creepy at times, this is not an animated series with a happy ending. It has only appeared on the Fuse network in the USA but is widely available on
DVD.

9. Lexx – Sexual innuendo, lust, nudity, adult situations… in space!
Aww yeah! (I am probably going to the hot place for including this one on the list of shows to eventually share with my offspring, but hey.) It is a very twisted and often hilarious television show.

10. Fringe – Another J.J. Abrams series which, at time of this posting, is in the middle of its first season. However, I like what I have seen of the show so far. I hope they can find an audience before they are cancelled too early or get "lost" in their own mythology. We shall see…

A New World to Explore in Lego Universe: Crux Prime