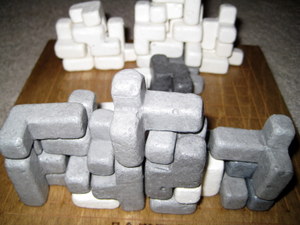 We were recently given a board game called Jakbo, which looked like a fun combination of Tetris and checkers. On the box it showed a rich dark wooden playing board and neatly interlocking pieces. Then we opened it up, and discovered that misdirected environmentalism seems to have ruined the game.

Sometime between the shooting of the pictures on the box and the manufacturing, the company switched to "eco-friendly" materials for its game pieces. The problem is that these eco-friendly materials appear to be some sort of misshapen clay and as a result it’s almost impossible to play the game. The pieces just don’t fit together properly, and they don’t even lie flat on the board. As a result, every attempt to stack them as intended turns into a tottering shambles that’s always just one nudge  from collapsing. 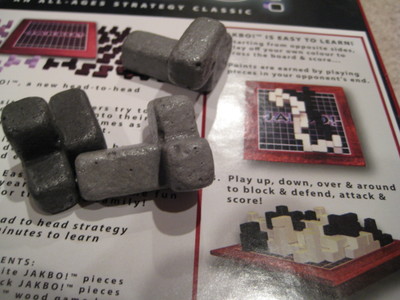 This is a real shame because it’s otherwise a clever game, appropriate for kids from six to sixteen. But as it is, it’s too frustratingly hard to stack the pieces to recommend. Worse, if you drop the pieces on the floor, they break. We got a second game a few months after the first, hoping that the manufacturer had corrected the flaw, but it was exactly the same: pieces that aren’t flat and a board that doesn’t look anything like the box.

How can a Zabazoo, the company who makes Jakbo, be smart enough to invent this game yet stupid enough to ruin it for the sake of whatever tiny environmental difference there might be between plastic pieces and the clay-like one they switched to? Did the marketing department get to the game, bypassing the play-testers? Is it simply a case of philosophy run amok?

All they’ve done is make me nostalgic for good old plastic. Sheesh.

[UPDATE: Further evidence that Zabazoo may not be the best company in the world: when I emailed their main contact address, info@zabazoo.com, for comment, it bounced back with "this e-mail message could not be delivered because the user’s mailfolder is full".] 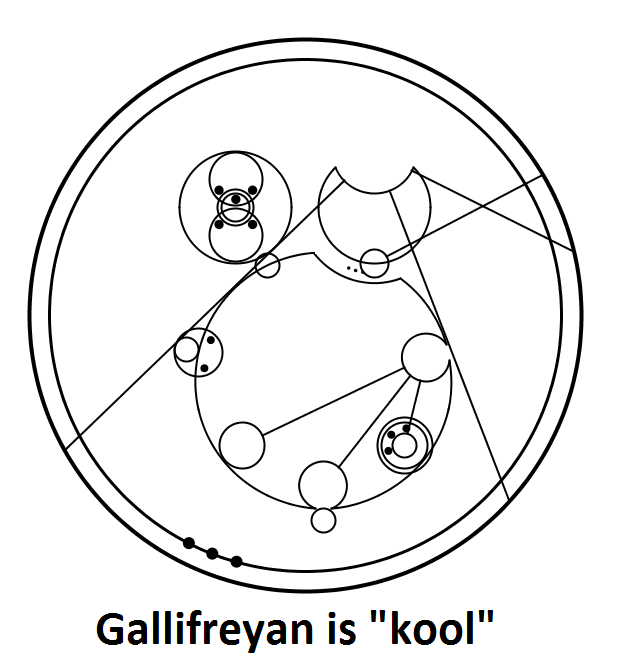