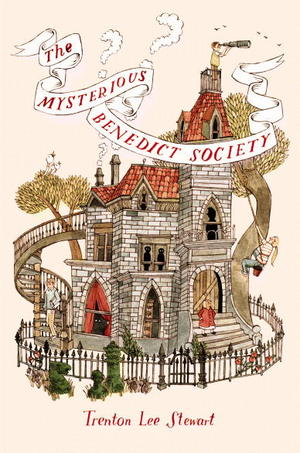 It is a rare kids’ book that is popular despite being over 400 pages long and written by someone other than J.K. Rowling. I’ll admit I was a bit skeptical about The Mysterious Benedict Society‘s ability to hold my kids’ interest, since it’s a longer chapter book than any my wife and I had read with the kids before, and it has next to no illustrations (merely one small one at the beginning of each chapter).

Thankfully, my skepticism was misplaced. The book is chockablock with puzzles of all sorts, which are woven into the story in such a way that the reader/listener is challenged to solve them along with the protagonists. My nearly-eight-year-old son, who loves puzzles nearly as much as I do, was captivated by this aspect of the book, though my six-year-old daughter less so. Don’t think the puzzles are all the book has to offer, though: It has great characters, a solid plot, and a great deal of humor mixed into a serious story.

The Mysterious Benedict Society introduces us to four amazing kids, who will later form the title group: Reynie Muldoon, George "Sticky" Washington, Kate Wetherall, and Constance Contraire. They are all parentless—three are orphans, and one is a runaway—and they are brought together through a series of tests by a man named Mr. Benedict. He has a mission for them with the ultimate goal of doing no less than saving the world, from a mind control scheme so devious that only a team of very gifted children (each gifted in his/her own way) can possibly hope to conquer it. If this sounds quirky, it is, but there’s a great deal more detail involved that I don’t wish to reveal for fear of ruining some of the great surprises the book has in store.

The author, Trenton Lee Stewart, has a great gift for storytelling. This book will join the His Dark Materials

and Harry Potter books on the shelves of our house in the section of books written for kids that my wife and I would gladly read by ourselves. He has a near-Dickensian gift for characters’ names, with 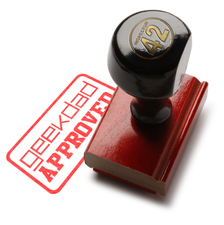 (among others) a villain named Ledroptha Curtain and a comic secondary character named S.Q. Pedalian (who, ironically, stumbles over every long word he uses). A lot of the puzzle and mystery resolutions are predictable by adults, but much less so by kids, and the characters and plot are captivating enough that you’ll barely notice, anyway.

, by Trenton Lee Stewart, is available in paperback for a list price of $6.99. Its sequel, which my kids, my wife, and I are now dying to read, is The Mysterious Benedict Society and the Perilous Journey

, and is available in hardcover for a list price of $16.99. The official website for the books is really well done, too, and well worth a look.

LEGO building as an exercise in ethics and social justice