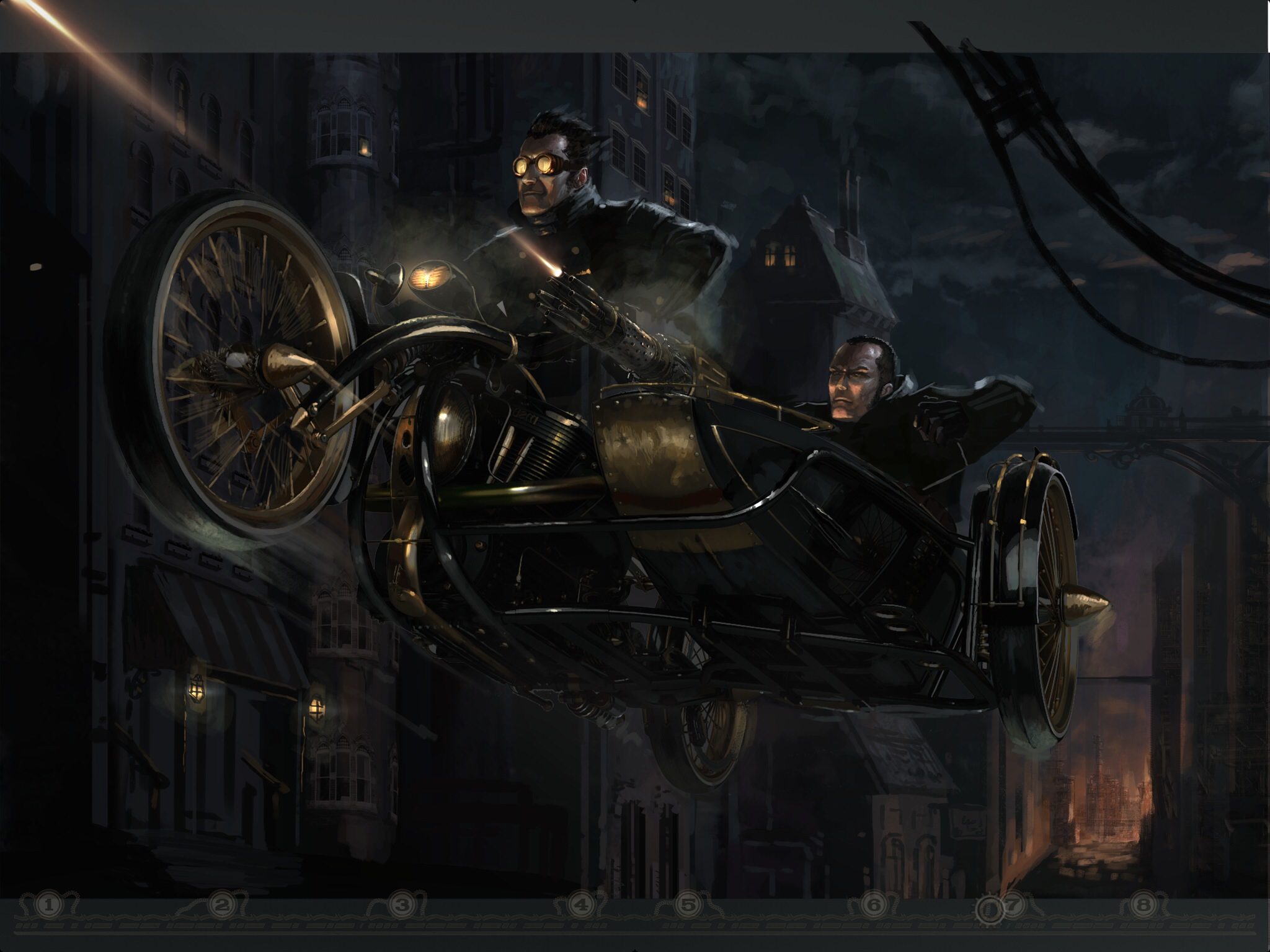 I’ve read and reviewed Steamunk Holmes previously (and you’ll find an excerpt of that review at the end of this post), but I’m here to tell you about an actual upgrade to the story… an upgrade that I believe raises the bar on what readers can (and should) expect from ebooks.

First, just a quick summary of the tale — The plans for Nautilus have been stolen, and Sherlock and Watson must not only find the plans but also solve a murder mystery. What makes this slightly different from the traditional Doyle-style tale is the steampunk element — this is a London where Dr. Watson comes equipped with a weaponized steam-driven prosthetic arm, Holmes navigates the streets on a steam-powered cycle called the Widowmak’r, and stolen secret plans reside on a set of punchcards. The story is great… the resolution pure Holmes.

I first read Steampunk Holmes in its printed version, and I must admit that I loved the cover and interior artwork. But Noble Beast has me now rethinking my position on ebooks with its new release of the Enhanced Book containing an interactive version of the story (as well as a narrated version, if you prefer that method of delivery). I think the book’s official description explains the concept quite well:

Steampunk Holmes: Legacy of the Nautilus is an interactive book app with optional audio narrative, illustrated designs of super-steampunk devices (James Bond’s got nothing on Holmes), gorgeous painted illustrations, character profiles, an interactive map of 19th Century London, and a musical score by the fantastic steampunk band Abney Park.

Where do I start? How about the interface? Running along the top of the screen are a set of buttons that give you access to a map of London, an image gallery of portraits and steampunk mechanicals, a toggle for music and/or narration, and access to Table of Contents, bookmarked page, and links to music and more.

Diving into the story, you’ll discover that key characters and items (such as the steampunk motorcycle called Widowmak’r) are actually hyperlinks that open up an image. The hyperlinked words are very subtle — not bright blue or purple. This was a nice design choice as the hyperlinks don’t distract from the reading. It’s a shade of brown that blends with the black text — easy to spot when a new character or item appears on the page, but also easy to ignore once you’ve checked out an image. By the way, locations in and around London can also be tapped — this opens up the antique map of London and shows you a pin where the action is currently taking place. It’s a really cool, and a nice addition for fans of Sherlock who can see where certain locales (such as Mycroft’s Diogenes Club) are with respect to one another.

As for the images that open up… you can see eyes blink, cigarette/pipe smoke, hair blowing in the breeze, and other subtle animations. Many also come with sound effects such as Dr. Watson’s prosthetic arm — the creaking of metal, motors turning, and more. The collection of steampunk items is also fun; tapping an image causes all sorts of fun animation and sound effects such as guns firing, Widowmak’r accelerating and her mini-Gatling firing rounds, and various Nautilus-related assemblies. (One last thing — if you open up the image gallery and try to look at the picture of a person or item, it will be grayed out until you encounter that person/object in the story — a nice touch.)

The music can be toggled on and off, and it’s some great samples from Abney Park that seem to cycle randomly. I’ve heard some of Abney Park’s music, and this choice convinced me to go and grab some of their songs for my own collection. (Oh, and if you’d like to purchase a real-life Widowmak’r, there’s a link to buy one as well.)

The narration has a number of narrators — male and female. I’m not a big fan of narrated fiction, but it’s there if you desire it. That said, I did listen to a chapter with the narration turned on, and I did like the British accents and the speed/pace of the narration. (There’s also an auto page-turning feature — with it turned off, you’ll have to turn the pages manually to continue with the narration.)

Scattered throughout the pages you’ll also find some full-page (and full-color) illustrations of the various characters in the story.

I’m quite convinced that Noble Beast is onto something here. I’m a fan of ebooks, but I do so love to hold a physical book in my hands. But these kinds of interactive elements, with the animation and sound effects, could easily convince me to go the digital route in the future when both print and Enhanced Book options are available. Why should kids have all the fun when it comes to music, sound effects, and animation in their ebooks?

If you’re a Sherlock Holmes fan, a steampunk fan, or both… you’re going to enjoy both the story/mystery as well as the interactive stuff. I’m anxiously awaiting the next book in the series, and I think you will, too.

Stempunk Holmes: Legacy of the Nautilus for iPad

Note: I’d like to thank my friend, Ellie Ann, for providing me with a review copy of the Enhanced Book.

Below you’ll find an excerpt of my earlier review of Steampunk Holmes:

Steampunk Holmes: Legacy of the Nautilus by P.C. Martin

Steampunk Holmes is a novella-length mystery involving The Nautilus! Yes, that Nautilus!

I do not believe I could write a Sherlock Holmes story using the same style as Doyle, so I was very impressed at Martin’s careful mimicry used in the back-and-forth banter between Holmes, Watson, Lestrade, and Mycroft. Oh yes, Mycroft figures quite prominently in this tale, but Martin has taken some liberties that I have to admit now, after finishing the story, were perfect choices… one being that Mycroft is Holmes’ older sister! She still has her government position, and I just loved how this change of gender dominoed into a number of interesting plot twists.

As for the mystery… it’s a good one. There’s plenty of head-scratching that comes with any good Holmes story. Just as Watson only gets snippets of Holmes’ reasoning, so does the reader. Again, the style of writing and the pace of the plotting matches carefully the canon stories.

But where’s the steam, you ask? As with any good steampunk story, if the steam-technology takes a back seat to the story, the writer has done a good job. You have to remember that if this world really exists, the technology is accepted and integrated into the daily routine… so while Watson is frightened to death of Holmes’ steam-powered bicycle, the Widowmak’r (with a sidecar added by Holmes to try to make Watson feel safer — he doesn’t), he also enjoys the use of his mechanical arm. It’s a London that’s easily recognizable because the technological changes just aren’t that many. Well, except forThe Nautilus. That’s a game changer. I don’t want to give away too much, but I think I should be safe in telling you that The Nautilus has been found (scuttled) and its design elements, including a propulsion tech that is beyond the Queen’s best engineers, have been recorded and saved on a series of punchcards that have been stolen. As you can guess, Holmes has been tasked with their recovery.

Steampunk Holmes was a joy to read, and I believe Martin has left herself plenty of room to expand on her version of Doyle’s world and detective. If a sequel ever comes around, I’ll be first in line to see where the author goes next. 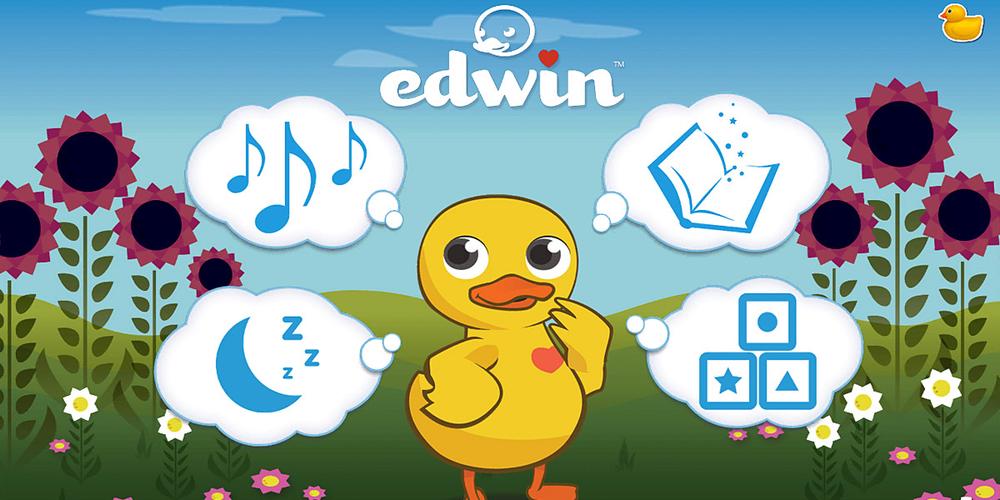