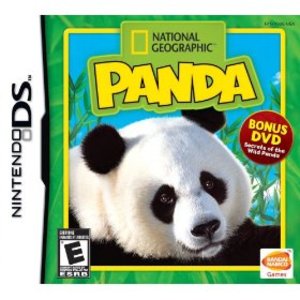 Taking their brand to the next level, National Geographic recently announced a move into the world of commercial video games.  This isn’t a tentative, toe in the water kind of deal. National Geographic is hitting the market in a big way, with the formation of a new games division (NGG), partnership with Namco Bandai Games and Sony Computer Entertainment and releases planned for most major gaming platforms, including PS3, PC, Mac, Wii, DS and the iPhone.

Leveraging the content of National Geographic media divisions (including iconic National Geographic magazine, the National Geographic channel and its web site), NGG games are expected to extend an appreciation for the planet and environmental awareness into the world of gaming.  The first release, Herod’s Lost Tomb, highlighting content from the November magazine issue, is available online as a free Flash Version and also offered with additional features in a downloadable version for the PC, Mac and iPhone.

It doesn’t look like NGG will be breaking any new ground here: the games appear to be exploration, safari or simulation based, but I would expect that the realism will be ratcheted up considerably as compared to typical offerings and they’ll certainly have an educational aspect.  The potential tie-in to other National Geographic material should definitely help them stand apart as well.  The Panda game released for the DS earlier this month shipped with a bonus DVD, for example, while the web site featured free mini games related to the title.

We’re expecting to have more detail on individual games as they’re released, but if you’d like to have a look for yourself, you can download a free trial version of the Mac or Windows version of Herod’s Lost Tomb (limited to one hour of game play), or try out the Flash version online.

Plan Your Schemes With GeekDad

Awesomeness From A to Z