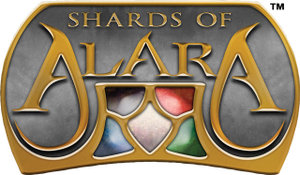 It’s been an impressive run for Magic: The Gathering, Richard Garfield’s seminal trading card game that has been around since 1993, allowing players to assume the roles of a plane-skipping wizards battling it out for supremacy. Magic also happens to be extremely kid friendly, with legions of teenagers (and younger kids) representing a huge portion of the game’s estimate six million fans.

This October marks the release of Shards of Alara, a new block consisting of three sets.

Alara was a single plane once, a massive world rich with mana. However, those same resources led to its downfall, for an unknown planeswalker tore the plane asunder millennia ago, harvesting it of its mana. This disaster broke Alara along color lines into incomplete planes called shards, as light is diffracted by a prism. The shards recovered their mana in time, but only in part—to this day each one flows with only three colors of mana, cut off from the other two. Each shard is vastly different, as the combinations of triple-colored mana have shaped natural and cultural forces on each world in distinctive ways.

Want to learn more? Check out this great card art and the descriptions of the five planes: 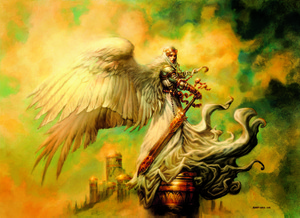 The world of Bant is one that has never seen magics of pyromancy or necromancy, and hence has become a society of order and hierarchy. Laborer castes support knightly castes, which support castes of monarchs and religious leaders, which in turn support the angels who watch from the heavens. Mages here hone their skills in magic that fosters order and protects celebrated, sigil-laden champions chosen from the elite of Bant’s armies. 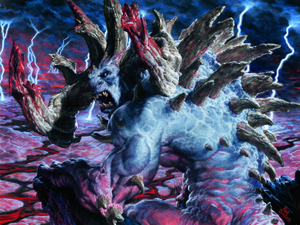 Without the magics of light and growth, the shard of Grixis starves for sources of new life. Scourged by winds of death and lightning, Grixis supports only an undead mockery of civilization, as necromancer barons and demon lords war over any extant scrap of valuable territory. 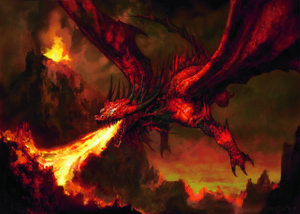 On volcano-choked Jund, battlemages have no knowledge of the orderly magic of thought and community. They practice an ancient shamanic magic as primal and savage as the tar pits below and the dragons above, stoking the fires of their own reckless passion to the extremes of life and death. 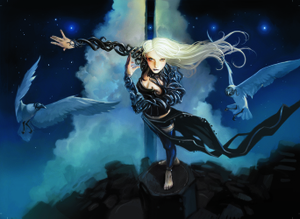 On Esper, knowledge is literally power. Cut off from the wild mana of chaos and nature, the mages and ruling sphinxes of Esper have cultivated a civilization based around intellect and progress. 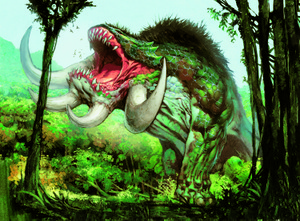 On Naya‘s teeming jungle paradise, nature blooms in earnest, a world only possible in the absence of magics of death and deception. But even in paradise there is competition—the footfalls of gargantuan beasts sound a constant rhythm, a reminder that might and sheer size are the mark of virtue here.

And as an added surprise: Check back to the GeekDad blog on September 19th for an exclusive Shards of Alara spoiler card!