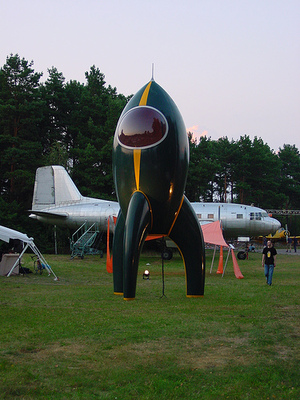 I’ve been enjoying Bre Pettis’s great history of the Chaos Computer Club, a hacker posse from Germany that is quite possibly the coolest group of hackers anywhere. Founded in 1981, it has grown to an astounding 2,000 members.

With causes like ensuring secure voting machines, protecting privacy, defeating censorship and governmental obfuscation, and promoting hacker ethics, the CCC has become something of a hacktivist powerhouse. They hold an annual “Chaos Communications Congress” gathering and also a very cool hacker camp every four years. In 2007 the CCC camp coincided with Defcon 15 (the US’s biggest hacker gathering) and a lot of people went to both on a special chartered flight, dubbed “Hackers on a Plane.”

Anywho, take a peek at part one of Pettis’s history (covering the club’s founding through 1984) as well as part two where we learn that the CCC conducted the first computerized bank robbery (and gave the money back) and constructed modems out of toilet pipes to conceal them from government censors.

Make sure to check back at the 100% awesome NYC Resistor site to see the rest of the history as it comes out.