I can say without fear of disproof that the United States of America would not exist if it were not for GeekDads.  I refer to two specific GeekDads, of course: Benjamin Franklin and Thomas Jefferson.  In case anyone reading this is unaware of their contributions to the founding of the USA, please read a bit about it. 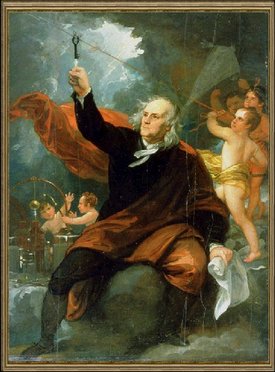 Ben Franklin was a true geek at heart.  Who but a geek would conduct his famous lightning experiment to prove that electricity exists?  Who but a geek would ride his horse through a storm to observe a whirlwind?  And who but a geek would, due entirely to laziness at having to switch sets of eyeglasses repeatedly, invent bifocal lenses?  Franklin even went so far as to print his own almanack, under a pseudonym that was known to everyone, to ensure that everyone could have access to his maxims, witticisms, and cartoons.  If he were alive today, is there any doubt he’d be a blogger?

As a father, Franklin was pretty good for his time, especially given the demands on his time.  Franklin was from most accounts a good father for his time to his surviving son William and his daughter Sarah.  Alas for him, William turned Tory and became the Loyalist Governor of New Jersey during the Revolution, rebelling against his father in the most hurtful way possible.  Sarah, however, remained loyal to him and cared for him in his old age, in addition to giving him seven grandchildren on whom he doted. 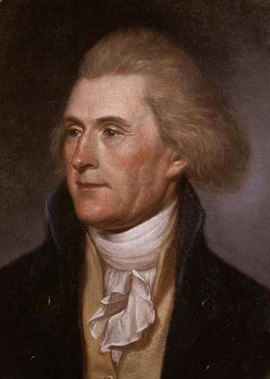 Thomas Jefferson was not so much of a scientist as was Franklin, but he had his geeky side nonetheless.  He devoured every book he could lay his hands on, and wrote brilliantly with many words not often found in popular discourse even then.  He invented many things out of laziness: the swivel chair, the dumbwaiter, the "great" clock (which needed less winding), and the "polygraph" copying machine.  After his time in France as a diplomat, he became something of a wine geek, too.  He was quite probably the smartest man ever to serve as president of the United States.

Jefferson’s history as a father is a bit complicated.  He had two children survive into adulthood, Martha and Mary.  There are few reliable accounts of how good a father Jefferson was, but it’s doubtful he could’ve been too involved, given the time period and how often he was away from home.  Mary died at the age of 25, due to childbirth, and was cared for by her father who was President at the time.  Martha, on the other hand, lived into her sixties, and was considered her father’s First Lady (along with Dolley Madison) due to her mother having died nearly 20 years earlier.  Martha had quite a few young kids while her father was President, and most accounts show that he was a very doting grandfather.  Then, of course, there are Jefferson’s probable children by Sally Hemings, but not enough is known about them to be certain of his relationship with them.

So if you’re an American GeekDad, stand up proudly and proclaim your patriotism.  And even if you’re not American, please let us know who your favorite historical GeekDad is in the comments.