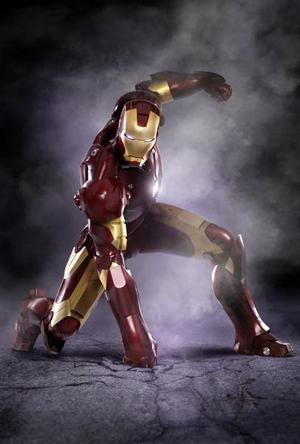 We took the Pup out to see Iron Man for her birthday this past weekend.  How was it?  The short answer: Awesome.  We’d heard good things going into the theater, and were still surprised at how good it was.  What worked?  Robert Downey Jr. was simply fantastic as Tony Stark.  I think that this was probably one of the best performances as a super-hero character I’ve ever seen.  This is up there with Christopher Reeve as Superman.  He’s funny, passionate, brilliant, the whole nine yards.  Jeff Bridges is similarly brilliant as Obadiah Stane/Iron Monger.  I didn’t like Gwyneth Paltrow as Pepper Potts, but I admit that I’m just not that big a fan of hers.  Mrs. Geek said she was fine, so you can take her word on that.

The film follows fairly close to the current super-hero movie formula (hero finds thing which makes him super and becomes super, villain steals/copies said thing and becomes super himself, they then fight it out and the villain dies), but throws in enough twists and changes to still be interesting.  The equipment testing scenes are hilarious, and the ending is truly unique to the current super-hero movies.  And the action is fantastic.  Jon Favreau is surprisingly good at keeping you interested in what happens to a CGI character on screen.

This being said, there are a couple of things that parents of very young kids should know…

Stark’s heart gizmo, in this interpretation is a generator installed in a cylindrical hole in his chest.  The generator is removed from his chest twice and its an image that could be disturbing to kids.  The first scene of this is when Pepper has to swap out an old generator for a new one.  It completely grosses her out and she swears she can feel puss inside (though Tony insists it isn’t).  The second time it gets removed is when Stand pulls it out of Stark’s chest while he’s paralyzed to steal it and make the Iron Monger suit.  It looks very much like Stark is dying (removing the generator induces cardiac arrest).

In the beginning of the film Stark is in Afghanistan for a demonstration of his new Jericho weapons system.  His convoy is attacked.  The shock of the scene might be disturbing to some kids.  While Stark is being held hostage in Afghanistan, he initially refuses to build weapons for the terrorists.  So they give him some of their own version of water-boarding (forced dunking) and he (apparently) relents.  Some of you might not want their kids to see this either. 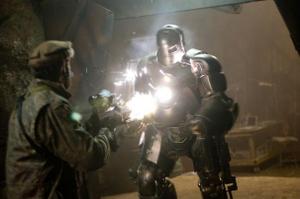 This was almost an ideal film for a 12th birthday.  For a 5th, it might not be as ideal.