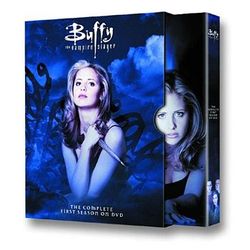 One of the aspects of fatherhood that I enjoy the most is introducing the children to all the cool stuff that I spent decades of my life sifting through awful stuff to find.  The hard part is filtering for the age of our child.  Over the years since I’ve become a parent, my wife and I have had many conversations where one of us has asked the other: "You let our child watch what?!?"  She lets the child watch romantic comedies that I often feel are inappropriate due to sexual themes.  I let her watch things that my wife thinks are inappropriate for other reasons (usually scariness).

So, my offer of wisdom is to pass on my notes for geek-related entertainment.  This will be based upon my opinions, and in many cases the results I experienced when I allowed my little girl watch the particular material with me.  Let this fill the long hours after you’ve watched The Chronicles of Narnia, Star Wars, and the Incredibles so many times that you think you will start shouting like a monologing fell wookie.  In my reviews I categorize acceptability in four areas.  I won’t present these as "this is OK, this is not" but more as "this has _____".

Sex is a part of the human condition, and so it has a place in our entertainment – even children’s entertainment to a point.  I think this is especially true of pre-teens and teens as sexuality becomes and increasingly undeniable part of their consciousness.  Not telling them about it is preventing them from gaining an understanding of what is happening inside them.  And if you don’t fill in those blanks, their friends will.

Violence is also a part of the human condition.  No evidence has ever been presented that demonstrates that there is a connection between violent entertainment and violent activity by the entertained.  All the fears that people exhibit about violent video games now are the same ones exhibited about violent movies in the 70s and comic books in the 50s.  All the while, the rates of violent crime remain mostly the same, or even drop slightly.  Still, my opinion is not yours, so I will include comments about violence as well.

Horror is tricky for me.  There are two opinions on this matter.  The first is that scary stuff gives you nightmares.  While it is undeniable that people who watch lots of vampire movies have nightmares with vampires, it is also true that people who work at UPS have nightmares about boxes (according to a former anthro teacher of mine who also once worked at UPS).  Whether or not horror movies give us nightmares, or simply give new imagery to the nightmares we were already bound to have is a subject for debate.  What isn’t subject to debate is that kids love to be scared, and so do most Geekdads.  So I’ll summarize the scary content and let you decide.

Values?  Okay, the last one is generally considered to be a pretty low priority.  However, there is something to bear in mind about this.  I am frankly more concerned about the sexism in Star Trek (original series) than I am about the sex in Buffy the Vampire Slayer.  People have sex, especially people who look like David Boreanaz and Sarah Michelle Geller.  There’s nothing we can do about that.  Women, even those in Starfleet minidresses, get treated as inferiors.  There’s plenty we can, and must, do about that.  One of them is not letting our kids see that kind of behavior being touted by characters who are supposed to be the right-thinking heroes of the story.

Sprawled on the autopsy table first is…

Yes, I let our ten year old watch Buffy the Vampire Slayer with me.  Let me explain this before you call Social Services.

Sex: Buffy has very, very little sex (in the first season, anyway) and very little conversation about sex.  It does have sexual issues, but that’s a matter for the Values section.  The big exception in season one is "Teacher’s Pet".  I skipped this one with the child as I didn’t want to explain what Xander and the other captive boy are talking about when they talk about the giant preying mantis forcing them to mate with her.  Season two of Buffy has a lot more sex and sexual issues, but that’s a separate article.

Violence: Buffy’s violence has always been pretty low-key.  There’s just some martial arts fights and that’s about it.  Darla opens up with two pistols on Buffy at one point, but that’s it.  No one gets shot.

Horror: Okay, this is where Buffy gets a little dodgy.  Buffy has a lot of scary stuff in it that many parents would not like their kids to see.  In our family we keep with traditional super-hero values and adopted.  Thus, our little girl came to us with a bit of personal history that I will not go into here, but needless to say she was no stranger to horror.  When it comes to scariness and violence she has a thick skin.  Your child may not.  The one episode that gave my girl trouble was "Nightmares".  The ugly man who endlessly calls for "lucky number 19" was a very frightening image to her.  I didn’t skip this one, but in retrospect I think that was a mistake.

Values: for me this is where Buffy makes up for all other sins.  I not only feel that the gender issues in this show are dealt with in an acceptable manner, I consider them important for kids to see.  Chief amongst them is "I Robot, You Jane".  That episode has a very important lesson about online identity and the dangers of making friends through chatrooms and the like.  Xander’s little treatise about how anyone can claim to be anything on the internet, may seem to be a little too adult in content as it has suggestions of fetishistic sexuality, but to kids who don’t understand that context it’s just an important lesson.

Conclusion: Buffy season one is great for Values, pretty good for Violence, but sketchy when it comes to Sex and Horror.  You can skip "Teacher’s Pet" and "Nightmares" to avoid the worst of the Sex and Horror, without losing too much of the story arc of the season.