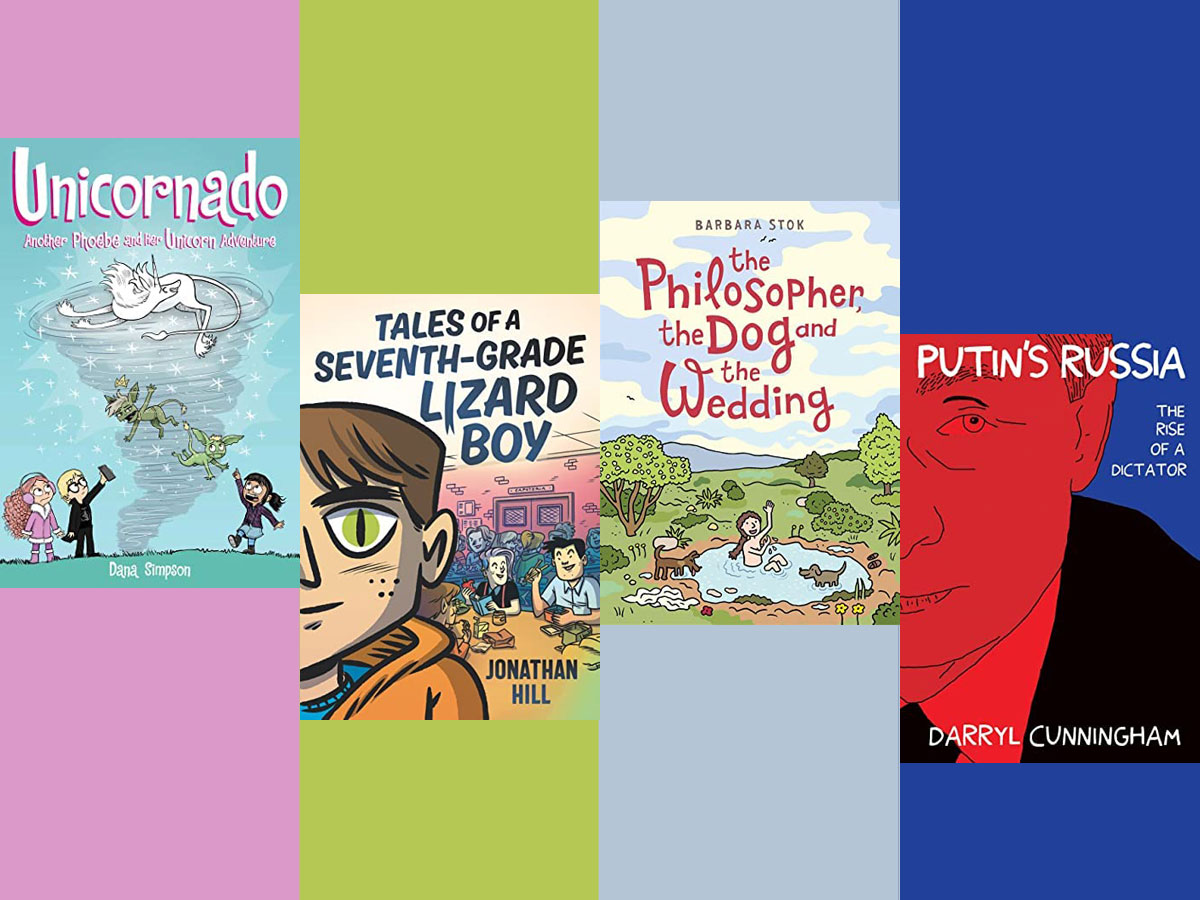 One of my reading resolutions for this year is to catch up on some of my comics reading. I feel like I fell behind last year and the comics have started piling up a bit more than usual. I’ve just got a few titles today that I’ve read recently. 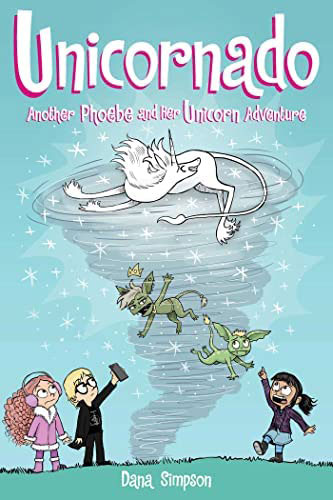 We’re all big fans of Phoebe and Her Unicorn, so I’m always excited when these arrive in the mail. And since we missed a few at some point, I went back and picked those up at the bookstore, so now our collection is up to date. Unicornado is book 16! Phoebe and Her Unicorn celebrated its tenth anniversary last year and is still going strong. In this latest volume, Phoebe discovers that Marigold’s presence has turned her house into a magical sylvan glen, attracting various other mystical creatures. Phoebe and Marigold get lost in a corn maze in the fall, with amusing results. The two also try to investigate tensions between the Goblin Queen and Phoebe’s frenemy Dakota, which involves Phoebe going undercover as a goblin. 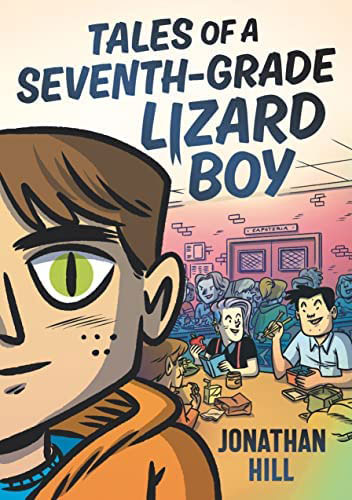 Tales of a Seventh-Grade Lizard Boy by Jonathan Hill

This is one that I bought for myself at the store—I met Jonathan Hill (who’s local to me) several years ago and I had read some good things about his latest book.

Tommy Tomkins has a secret (though it’s right there in the title). He and his family are actually lizard people from the center of the earth, disguised as humans to blend in. It’s hard enough being a middle schooler, but Tommy hates the way he has to hide his real identity, from his appearance to his real name to his preferred foods. He eventually does make a couple of new friends, Dung Tran and Scarlett Roberts, two kids who also have some trouble fitting in for different reasons—but then nearly ruins everything because of a misunderstanding.

While it’s a fun sci-fi story for middle schoolers that includes a good amount of humor, the lizard people are also a metaphor for immigrants: they’re refugees who have been forced to abandon their homes and have to make tough decisions about assimilation and preserving their way of life. Jonathan Hill explains some of his inspirations in his author’s note, including why his story has its own Vietnamese immigrant kid. 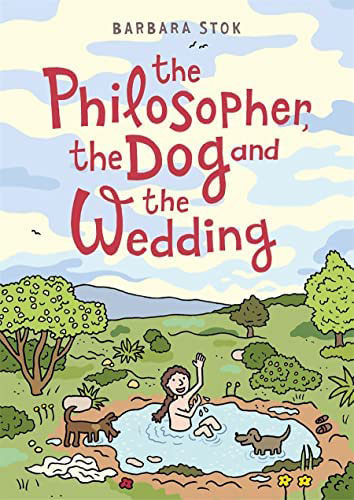 The Philosopher, the Dog, and the Wedding by Barbara Stok

This comic book tells the story of Hipparchia, one of the first women to become a philosopher back in the fourth century BCE. As the book opens, she is headed to Athens to meet a potential husband from a wealthy family—she is already older than most brides and her family worries that they won’t find her a suitor before it’s too late. She loves to read and is interested in philosophy, but of course that’s for men.

While in Athens, she encounters Crates, a philosopher who lives on the streets and has a curious approach to life. Curious, she disguises herself as a man and begins to attend his open-air discussions. He teaches, among other things, that most people are chasing after the wrong things—status and wealth—which will not actually make them happy. As Hipparchia considers his teachings and compares them to the things her potential husband cares about, she begins to realize that the life he could offer isn’t really the one she wants.

Crates and Hipparchia are from the school of philosophy known as Cynicism, which valued a simple life and flouting conventions. It’s a huge contrast to our way of life, and I felt myself drawn to the ideas that Crates and Hipparchia contemplate in this book. This comic book serves both as an easy introduction to a fascinating woman who dared to defy cultural norms and to some philosophical ideas that I think many of us could stand to learn from. 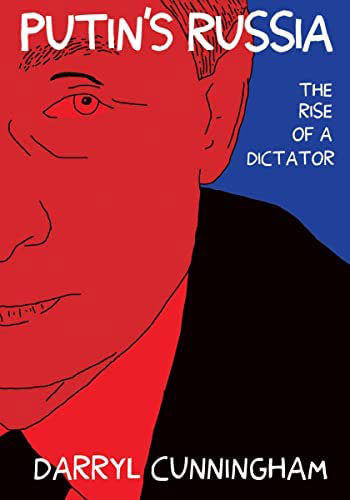 Putin’s Russia: The Rise of a Dictator by Darryl Cunningham

About a year ago (has it been that long?) I wrote about another comic book by Darryl Cunningham, Billionaires, in which he wrote about the lives of several billionaires and showed both how they got their wealth and the outsize influence they have because of it. This book was actually published in 2021, before Russia’s invasion of Ukraine, but I hadn’t gotten around to reading it until this past year.

Putin’s Russia chronicles Putin’s rise to power and why it has been so hard to rein him in. The book tells of the various people who have tried to stand up to Putin or to publicize his misdeeds, and then how they’ve been killed or attacked as payback. The book covers the period of Trump’s presidency and the beginning of the COVID pandemic and raises an alarm that Putin should be treated as a dangerous crime boss rather than a respected international leader. I would say that reading it now feels prophetic, but that would imply that the message wasn’t loud and clear even before the 2022 invasion.

Cunningham’s book uses a lot of text and a line drawing style that is somewhat minimalist; there’s a lot of information packed into these pages, but the comics format helps break up the text to make it a little easier to digest. It’s certainly not a pleasant book to read, but I felt more informed about Putin after reading it. I will note, in case it wasn’t already obvious, that this book makes no pretense of being impartial or unbiased—Cunningham has a particular thesis he wants to argue and sets about it from start to finish.

I just finished Bastille vs. the Evil Librarians by Brandon Sanderson and Janci Patterson, a long-overdue conclusion to the Alcatraz vs. the Evil Librarians middle grade series; it’s one that I read a couple years ago and was so put off by the fifth (and at the time final) book in the series that I never wrote about it. This book finally wraps up the story but I’m still not sure I’m satisfied—maybe more on this soon. I just started reading Liberation Day: Stories by George Saunders, and at the rate I’ve been going I’ll be done very soon. So far, these stories have been quite pointed, a little uncomfortable to read but very good.

Disclosure: I received review copies of these books except where noted otherwise. Affiliate links to Bookshop.org help support independent booksellers and my writing! 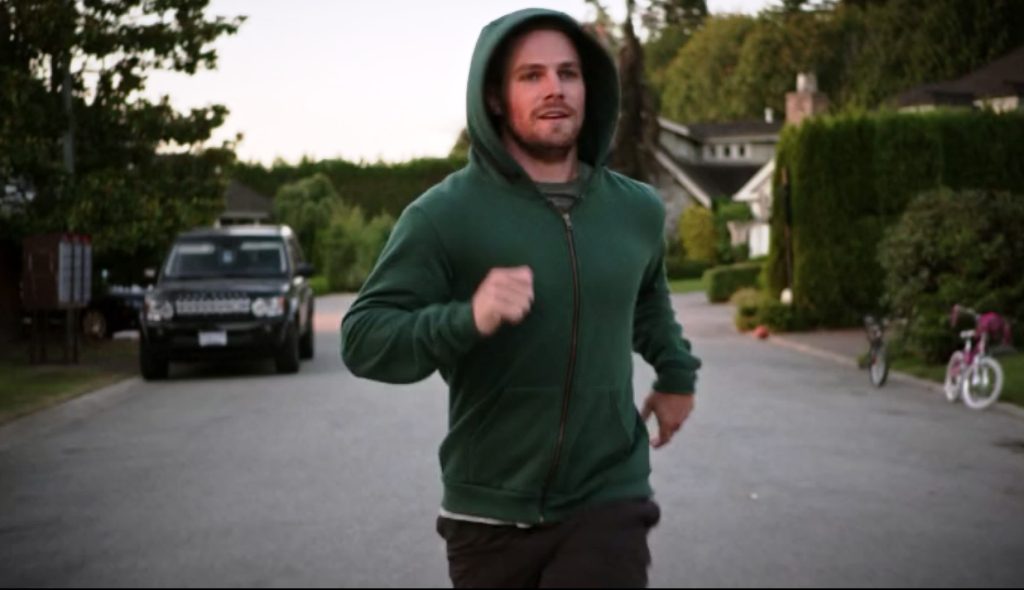