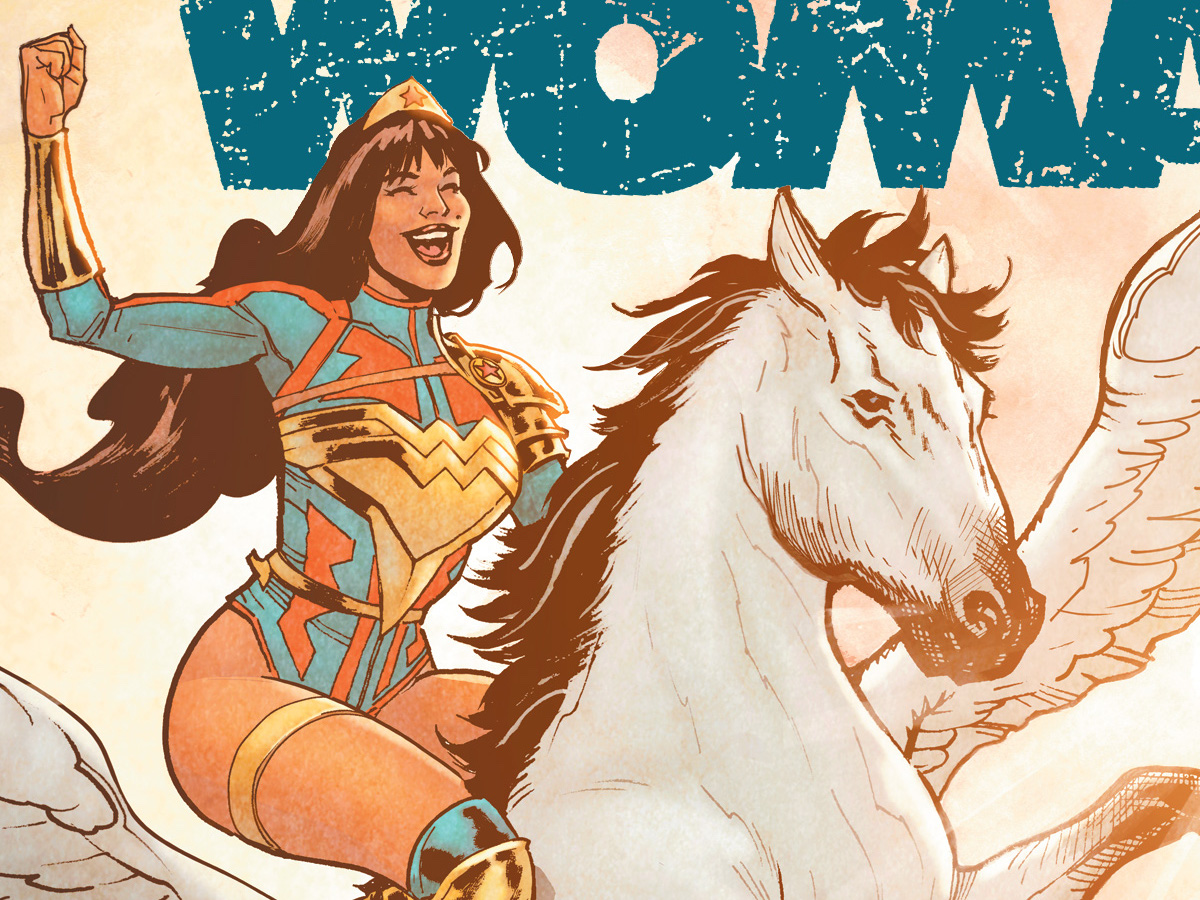 Ray: The war between the Amazons and the Gods is ramping up, and this chaotic issue definitely ramps up the action. Last issue saw Yara Flor return to help Diana confront the Gods—just in time for Yara’s twisted ex-paramour Eros to be revealed as one of the masterminds behind Hera’s plot. Eros is a great villain, just the right mix of oily and threatening, and he ruthlessly manipulates Yara by playing on their past connection and the death of Yara’s mother in his previous plot. But Yara, while not an unpleasant character to show up, has had the least development of any of the DCU’s new introductions in recent years, and she and Diana don’t really seem to have much of a rapport yet besides Diana trying to calm her down.

More chaotic and more fun is the team-up of the secondary characters in the book, as the Titan Hyperion rises from his tomb and starts attacking the city. Steve Trevor—still with his broken leg—enlists the help of Cheetah and Siggy to launch a motorcycle-based attack against an ancient God, which feels about right for his character. The guest-art by Amancay Nahuelpan is top-notch, perfectly capturing the vibe of these ancient fantasy characters, but the plot feels just a little scattered. The ending sets up a new challenge for Diana based on Eros’ magic, but things just seem to ping-pong all over the place a little too often for my tastes. It’s fun, but it might be trying to juggle a little too much.

The Young Diana storyarc seems to be coming to a close after Antiope’s departure in the last issue, but the final arc seems to be an emotional one. It’s the once-in-a-century memorial service for the Amazons who fell in battle, and Diana is attending for the first time. But before she does, she’ll take a perilous journey to the underworld and encounter a famous figure from mythology. This series has done a very good job capturing Diana’s world and her growth, and this final arc has some brilliant visuals to accompany it.