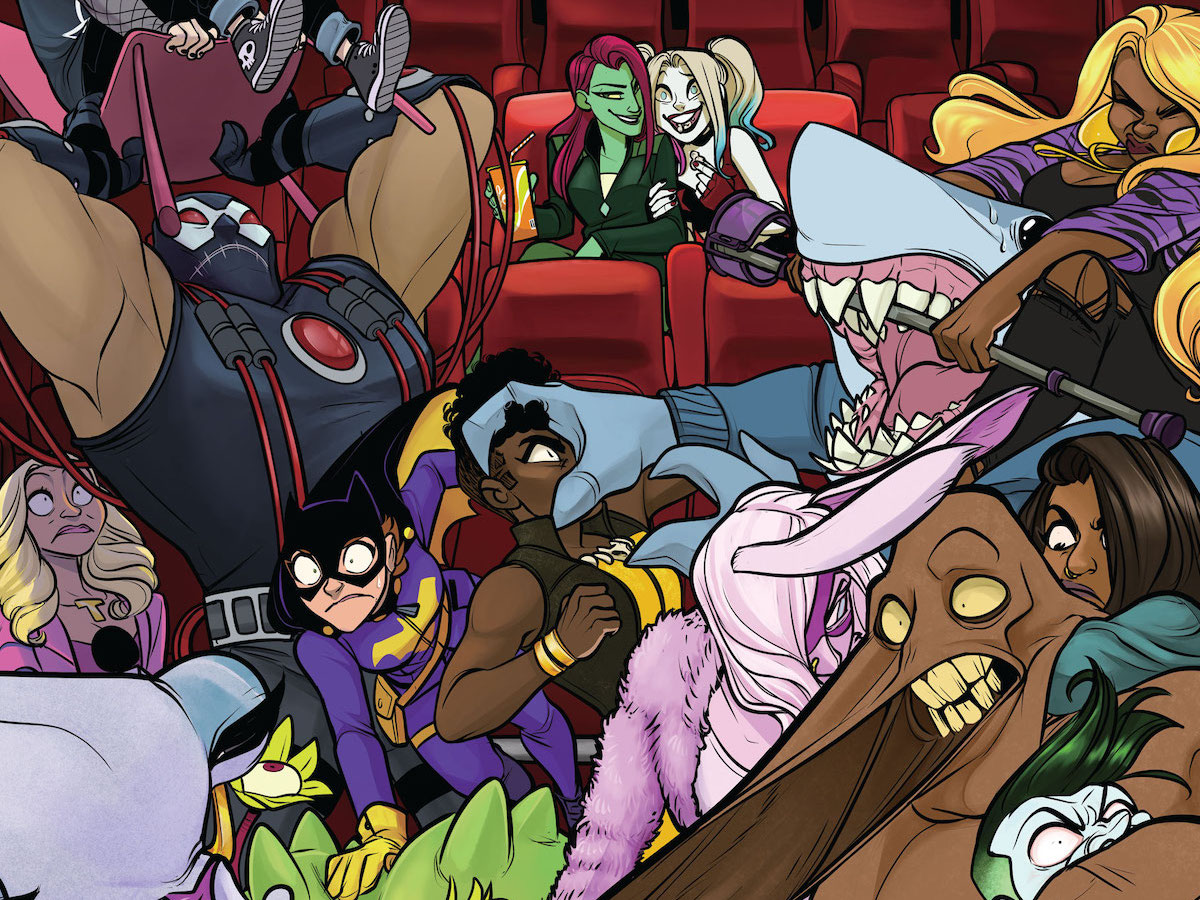 Ray: The popular Harley Quinn animated series is back for another season, and its off-kilter gang of vigilantes and villains are getting a comic book anthology to celebrate! How do the six stories play out?

“Tawny Talks” by Tee Franklin and Max Sarin kicks us off, and it’s just a short series of pages focusing on the setup to each of the stories as Tawny hosts her talk show with one strange guest after another. Co-hosted by Frank the plant!

First up is “Double Date” by Franklin and ONeill Jones, focusing on Harley, Ivy, and Vixen. As Vixen and her girlfriend Elle plan for a couple’s night with Harley and Ivy, Vixen is derailed by chasing after the criminal Wu-San sisters. The main appeal of this segment is the banter-filled depiction of the two relationships, and Franklin’s portrayal of an inter-abled relationship is refreshing, although the whole thing can be a bit too quippy.

“Identity Crisis” by Alexis Quasarano and Erica Henderson focuses on Batgirl as she supervises a cleanup of Gotham, plans for a study date, and lives the life of a normal teenager—except she attends a supervillain-run university and her final involves hacking into Waynebook. This leads to a bizarre virtual reality caper that calls back to Barbara’s other identity. It’s visually fun, but is a rather frantic tale.

Clayface is next up in “Showtime!” by Conner Shin and Logan Faerber. This is probably the best story of the issue, focusing on Clayface as he goes on benders and takes a gig as a DJ at a spoiled mob princess’ birthday. But he gets an unusual assist from a teenage girl attending the party who seems to know who he is—and that leads to an unexpected twist that I could see being followed up on in the TV show.

“Wild Ride” by Jimmy Mosqueda and PJ Holden focuses on Dr. Psycho, and oddly has many similar themes to the previous story as Psycho winds up taking his moody son for the weekend and getting into a bizarre psychic hellscape along with Joker and King Shark. It’s pretty clear where it’s going, and what doesn’t work as well as the previous story is that Psycho is just an irredeemable creep. Shark is really the only person to root for here.

Finally, Jamiesen Borak and Jon Mikel tackle “Two Jokers,” a bizarre parody of Three Jokers involving Mayor Joker encountering a frenemy from Clown College. Honestly, this was the only one of these stories I couldn’t see the appeal of at all. Just two incredibly irksome clowns arguing and then causing some chaos in the final pages.

Overall, there are some fun stories here, but much like the series itself, it’s just a little too… much. Most of the characters feel like parodies or caricatures, and eighty pages of that is only for die-hard fans. 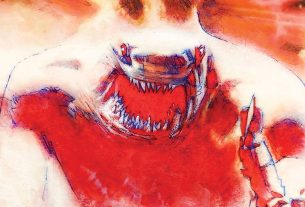