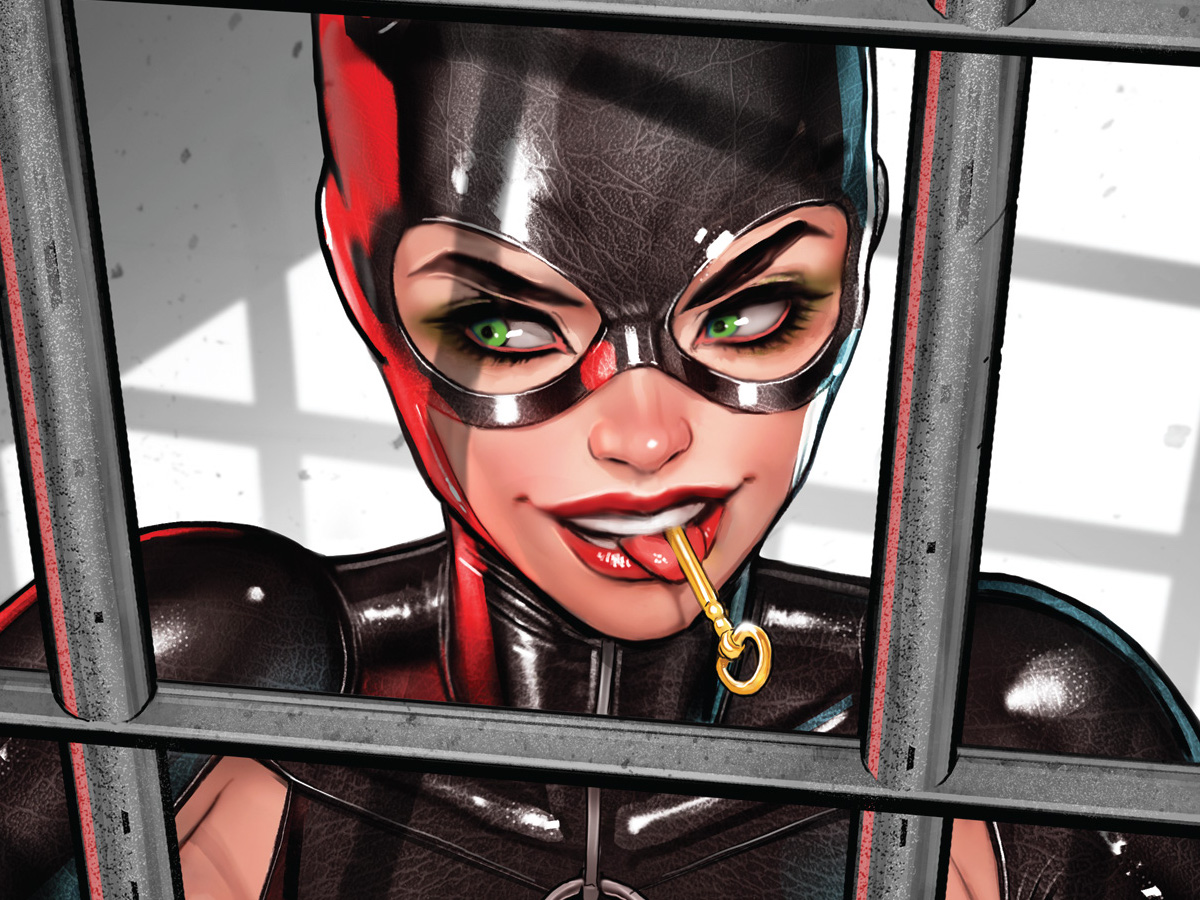 Ray: Selina Kyle is in prison, locked up for the murder of international rogue Valmont—but this isn’t the first time she’s been there. Pre-New 52, she had a stint in prison that led to her “breaking bad” and becoming a villain again. That one was largely treated as a “babes behind bars” pulp thriller, complete with all the tropes of leering guards and murderous fellow inmates. Now Tini Howard is giving it another go—and the inspiration is very different. It seems clear that the grittier, more clear-eyed take on womens’ prisons in “Orange is the New Black” is a big influence here, with Selina quickly finding herself at the bottom of a complex pecking order of fellow inmates and ruthless guards. It doesn’t take long for her to arouse the ire of a prison gang leader named Hoops, and get the potential assistance of a mysterious inmate named Marquise—all the while she’s trying to game the system.

Meanwhile, Selina’s few remaining allies are trying to pick up the slack. Eiko has taken over as Catwoman, while Dario is tagging along and trying to get into the vigilante game. These two are so radically different in personality and skill that it’s rather fun watching them try to carry out Selina’s missions. The weakest part of the issue is probably Selina’s mourning over Valmont—the character was never compelling enough to be this big a part of the series, alive or dead. However, with him gone, I feel like the series has taken a dramatic step up. It’s not long before Selina’s pulling off a major con within the prison walls, taking control of the prison power structure and making herself some powerful enemies in the process. Howard’s run seems to be returning Selina firmly into the role of an antihero instead of a hero, and this issue is a good step towards cementing her as Gotham’s queenpin again.