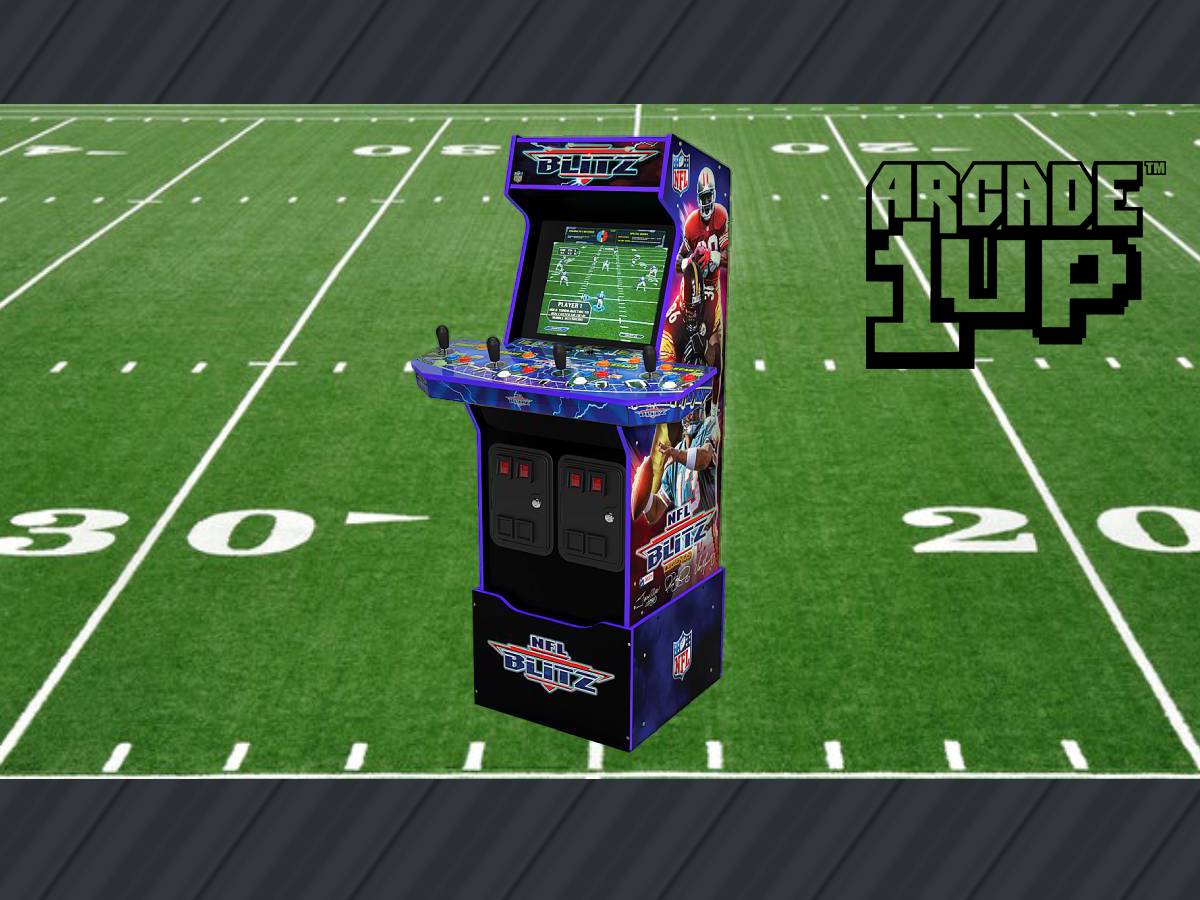 This has been a great year for retro arcade games. Hot on the heels of reviewing the Atari Legacy Arcade Machine Centipede Edition, Arcade1Up sent me their latest cabinet, the NFL Blitz Legends Arcade Game.

I spent most of my arcade time in the ’80s and early ’90s, so I didn’t really play NFL Blitz, which was released in 1997. So I was approaching the game with fresh eyes and relied on my friends to tell me how this version compares to the arcade game.

Like the Atari cabinet, the NFL Blitz Legends Arcade Game comes unassembled and is approximately 3/4 the size of the original arcade cabinet. The machine includes a matching riser, which helps raise the cabinet to a height that’s comfortable for teens and adults to play. This particular arcade cabinet has a control panel that accommodates up to 4 players.

The NFL Blitz Legends Arcade Game includes the original NFL Blitz, NFL Blitz ’99, and NFL Blitz 2000: Gold Edition. It retails for $599.99 USD but is currently on sale for the holidays for $499.99. It is available from Amazon and directly from the Arcade1Up website.

Putting together the NFL Blitz cabinet was an almost identical experience to assembling the Atari Legacy Arcade Machine Centipede Edition. If anything, it was easier the second time around. Not only was I very familiar with the process, but the marquee assembly for this machine was much more straightforward than in the Atari cabinet.

If you take your time, putting the cabinet together should only take a few hours. Just be sure to have a Phillips screwdriver handy, as that’s the one bit of hardware you’ll need that Arcade1Up doesn’t provide.

When you first connect your NFL Blitz Legends Arcade Game, you’ll be greeted by this custom Arcade1Up screen animation:

You’ll then be asked to enter your network information. This is important not just for online play, but also to receive any updates. And you will definitely be updating before you play.

Once you’ve updated your game, you’re ready to play! As mentioned before, you have your choice between 3 different NFL Blitz games.

When you want to switch games, you hold down the start button for 5 seconds, and it will bring you back to the game select menu.

Family and friends can jump into a game with you just by hitting the start button at an open spot on the console. The O.G. NFL Blitz is 1-2-player only, while NFL Blitz ’99 and NFL Blitz 2000: Gold Edition can both support up to 4 players.

Here is a quick clip of gameplay from NFL Blitz, so that you can get an idea of how the game looks and sounds:

Besides playing against others on the same screen, you can try your skills online with other players. When NFL Blitz Legends Arcade Game was first released, you could only play the original NFL Blitz online. But as of this writing, Arcade1Up has enabled online play for all three games.

To join an online game, you hit the turbo button, choose an open game, then select it. You’ll connect with the other game, but it’s up to the person hosting to decide if they’ll let you join or kick you out. I got several rejections before someone accepted me to play in my first online game.

Of course, the rejections may have been because they were waiting for someone specific to play with. You can save people as favorites, and if you have a friend who also has the NFL Blitz Legends Arcade Game, you can easily connect with them for an online game.

Once I was able to connect with a game, it played just as smoothly as a game does in person. Though, I knew I was in trouble when my opponent quickly entered the secret code for “Big Head” mode. It will come as no surprise to anyone that I got stomped badly. Thankfully there isn’t any video footage of that game, but here’s the final breakdown, so you can see for yourself just how badly I got beaten.

I invited my friend Ray, who also helped me to test out the Atari Legacy machine, to join me and my girlfriend in playing all three games on the NFL Blitz Legends Arcade Game.

And we had a blast! I’m not a big football fan (that’s a bit more my girlfriend’s wheelhouse), but there was a ton of laughter and smack talk in the room as the three of us enjoyed all the games on the cabinet.

I had deliberately ignored one of the assembly instructions for the NFL Blitz Legends Arcade Game and hadn’t permanently attached the cabinet to the riser. When the gameplay gets heated, you’ll instinctively be slamming your joystick around. We slightly tipped the cabinet during one particularly frenetic play, and that assured me that Arcade1Up’s instructions certainly weren’t gratuitous.

This not being a full-sized arcade cabinet, there are definitely a few minor shortcomings to be aware of. While the control console on the NFL Blitz Legends Arcade Game is fairly wide, you’ll still be a bit cramped with four adult players at the controls. Also, if you’re on one of the two outer sets of controls, you’ll suffer a bit by being at an angle to the 17″ LCD screen. And, while the marquee itself is lit up, it would have been nice to have a little more lighting underneath it. There are some additional gameplay instructions there, and they can be difficult to read as they’re kept in shadow. 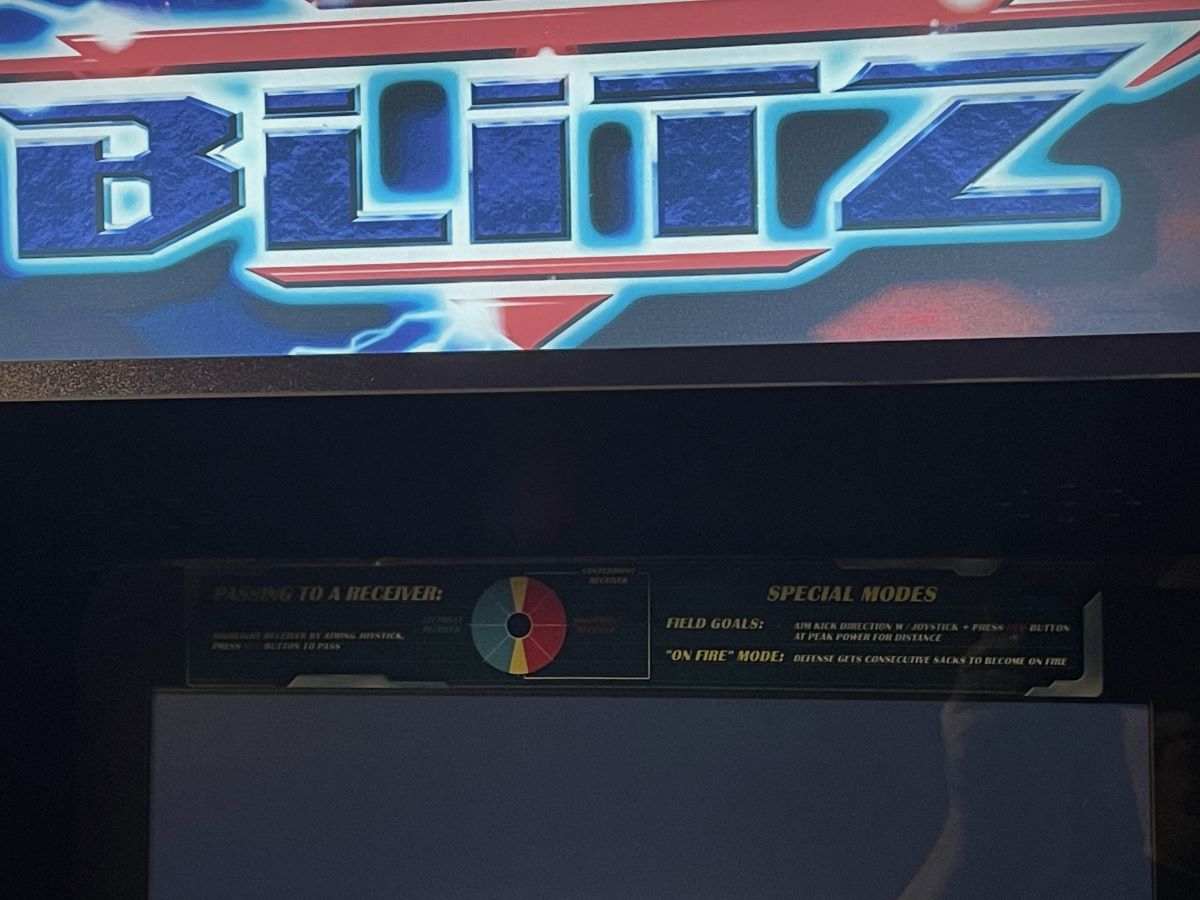 Still, those quibbles will not interfere with your overall enjoyment of the NFL Blitz Legends Arcade Game. The controls are responsive, the screen is bright, and the sound captures all the fun of a raucous football match.

While you can play solo or online, this is one of those games that are just so fun to play with other people in the room. If you have a group of friends over, you’ll definitely have people calling “next” for their turn at the game. All three versions of the game play well, so which one (s) you play really comes down to personal preference.

With the playoffs approaching, now is the perfect time to pick up the NFL Blitz Legends Arcade Game. Even I, the non-football fan, am now thinking of hosting a Superbowl party so that we can have an NFL Blitz tournament before the game.

For more information on the NFL Blitz Legends Arcade Game, head over to the Arcade1Up website.

Arcade1Up sent me a unit for evaluation but had no input into the review. As an Amazon affiliate, I may earn a small commission on qualified purchases. 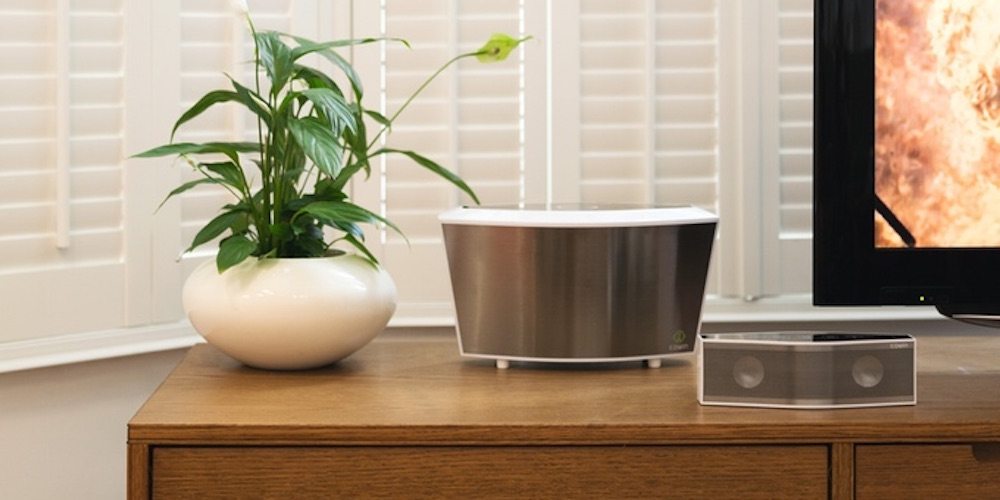 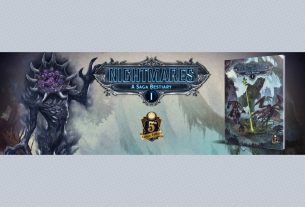 Bring Fresh Insanity to Your ‘D&D’ 5e Campaigns With ‘Nightmares: A Saga Bestiary 1’