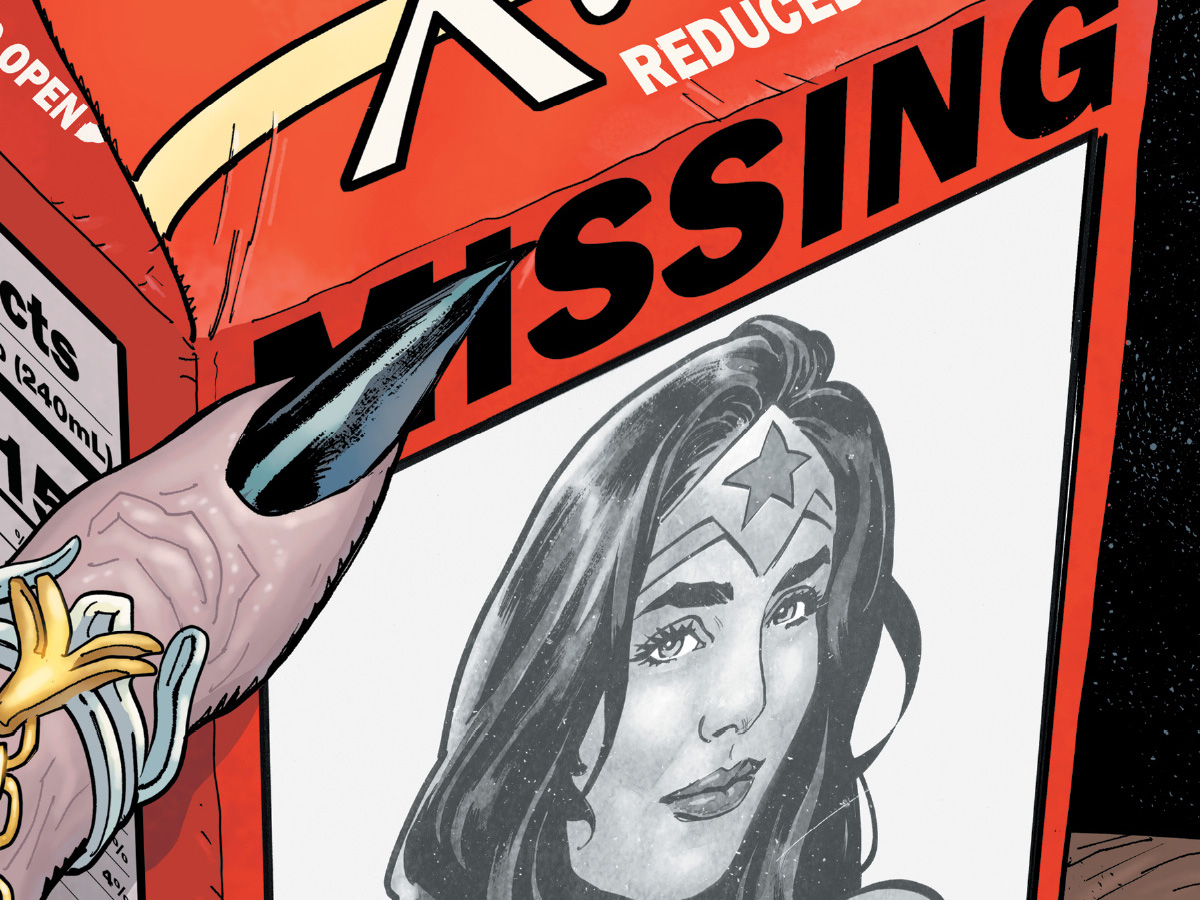 Ray: A new arc begins, now that the threat of Cziko’s mysterious milk corporation has been fully revealed. It’s not just a misogynistic cult—it’s an actual cult of the Gods led by Hera to weaken Diana and restore her own strength on Earth. With Diana otherwise occupied and Steve Trevor on the injured list, it falls to Viking warrior Siggy and loosely-reformed villain Cheetah to invade the headquarters, terrorize some minions, and get the information they need. This is a funny segment, but things take a much more serious turn when random people start professing loyalty to Hela, temples start rising out of thin air, and the Gods decide to officially make their power play on Earth itself.

After Diana’s solo issue last month which spotlighted her relationship with the Justice League, she’s plunging right back into the main plot, but she may just be outclassed against this new caliber of villains. First are the scheming demigods Phobos and Deimos, who take on the role of feuding trickster Gods this issue. Then there’s the reveal of which God is actually pulling the strings on this plot for Hera, and it’s someone we’ve seen before—who has caused no small amount of trouble. The arrival of Yara Flor to assist Diana is also welcome, as the newest Wonder Girl has definitely not had enough focus yet in the main line. It’s a solid issue and the new team dynamic is a lot of fun.

The best part of the issue may be the latest installment of the Young Diana story, which focuses on Antiope planning to take her leave from Themyscira. Instead of being angrily kicked off the island by Hippolyta, things have been resolved and she instead plans to leave on a new adventure like she always planned. There are some great emotional scenes here as Diana struggles with the loss and wonders what will fill the void. It feels like this could have been an ending to the arc, but more is coming and the stunning art and deft writing make me pretty excited to see where it goes.