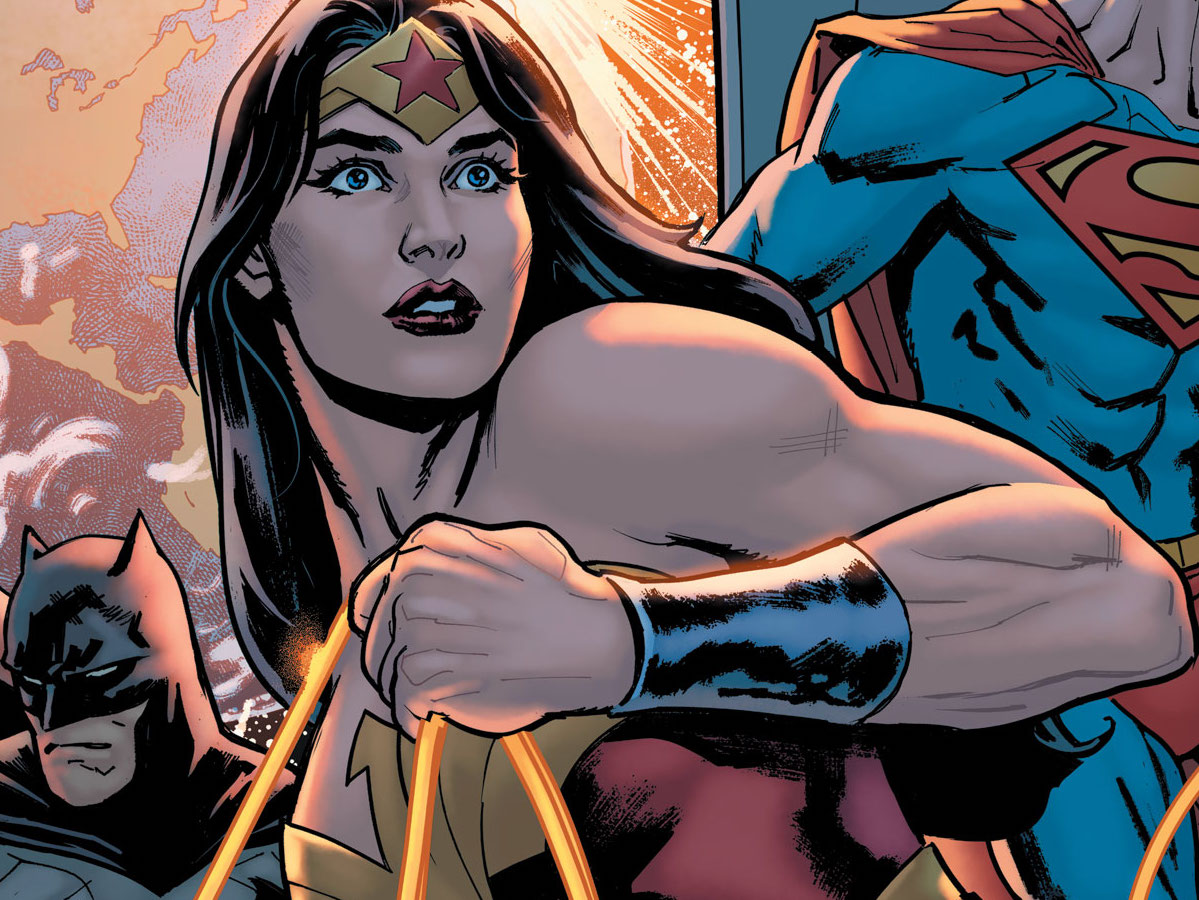 Ray: After a lot of fallout from Diana’s death (the previous one, not the one in Dark Crisis!) and the recent Trial of the Amazons event, it’s sort of refreshing to have a fun done-in-one comic focusing on Diana’s friendship with the rest of the Trinity. After her recent escapades in South America and an awkward team-up with Cheetah, Diana is taking a break—at least, until Batman and Superman need her help to investigate a mysterious break-in on the Watchtower. Superman is just back from Warworld as well, so this is a catching-up opportunity for the three of them—until they get to the center of the trouble and discover J’onn J’onnz waiting for them, along with several other Leaguers. It doesn’t take long to realize something is just a little off.

Sure enough, it’s actually an obscure group of alien shapeshifters called the Imperium, but it’s not a powerful invading force. It’s a small group of leftovers from a past invasion, still fighting a war long after they’ve been abandoned, and Diana and Clark show a surprising amount of compassion towards the strange creatures. Aside from this plot, the issue gives Diana the opportunity to decompress after a long run of intense stories that took her to rock bottom, and we wind up getting to see some interaction between the Trinity that reminds me a lot of some of the best lighter JLA runs. It’s a great change of pace after so many serialized stories, and shows how much fun this run can be at times.

The Bellaire/Ganucheau Young Diana backup is a lot of fun as well, although I still think it’s going to read a lot better collected. This issue follows up on Diana after she nearly died and wakes up in Olympus—greeted by Zeus and his daughters. This is a gorgeous story as usually—Ganucheau is one of the best artists at DC right now. Like all the installments, it’s really just a fragment of a story, but it does nicely set up Diana to become the confident, fully-formed superhero she’s going to be in the future.