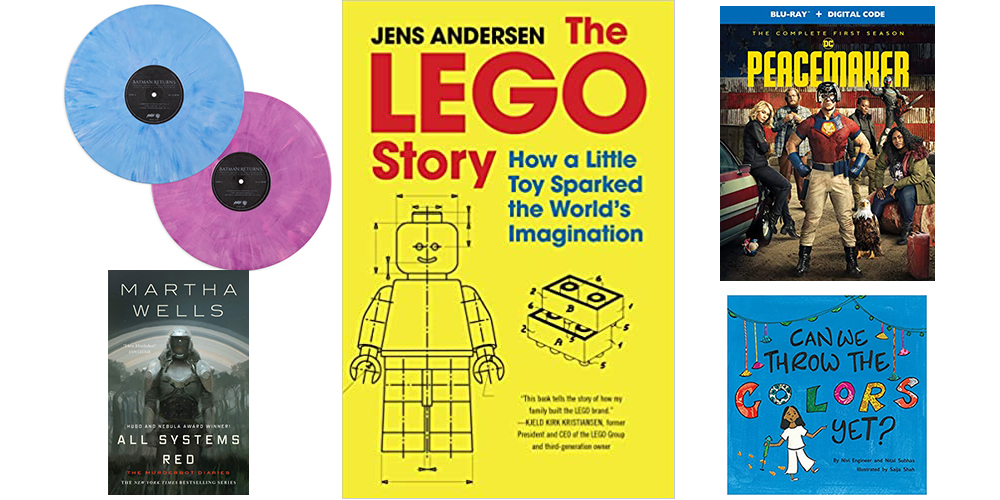 There are few things we GeekParents love more than sharing our favorite media with those around us. Whether it’s gifting a cherished book to a friend, passing on a passion for a classic record to the younger generation, or embracing a newfound fandom with a partner, the holidays are the perfect time to channel your inner literary, musical, or multimedia fanboy. Below are our picks for 2022, and we sincerely hope you find (at least) one that resonates with the special someone on your gift list.

Disclosure: Some of the links below may be affiliate links. This means that the GeekDad/GeekMom contributor may make a small amount of commission if you click through and purchase the item at no extra cost to you. We may have also received the item for review from the manufacturer. 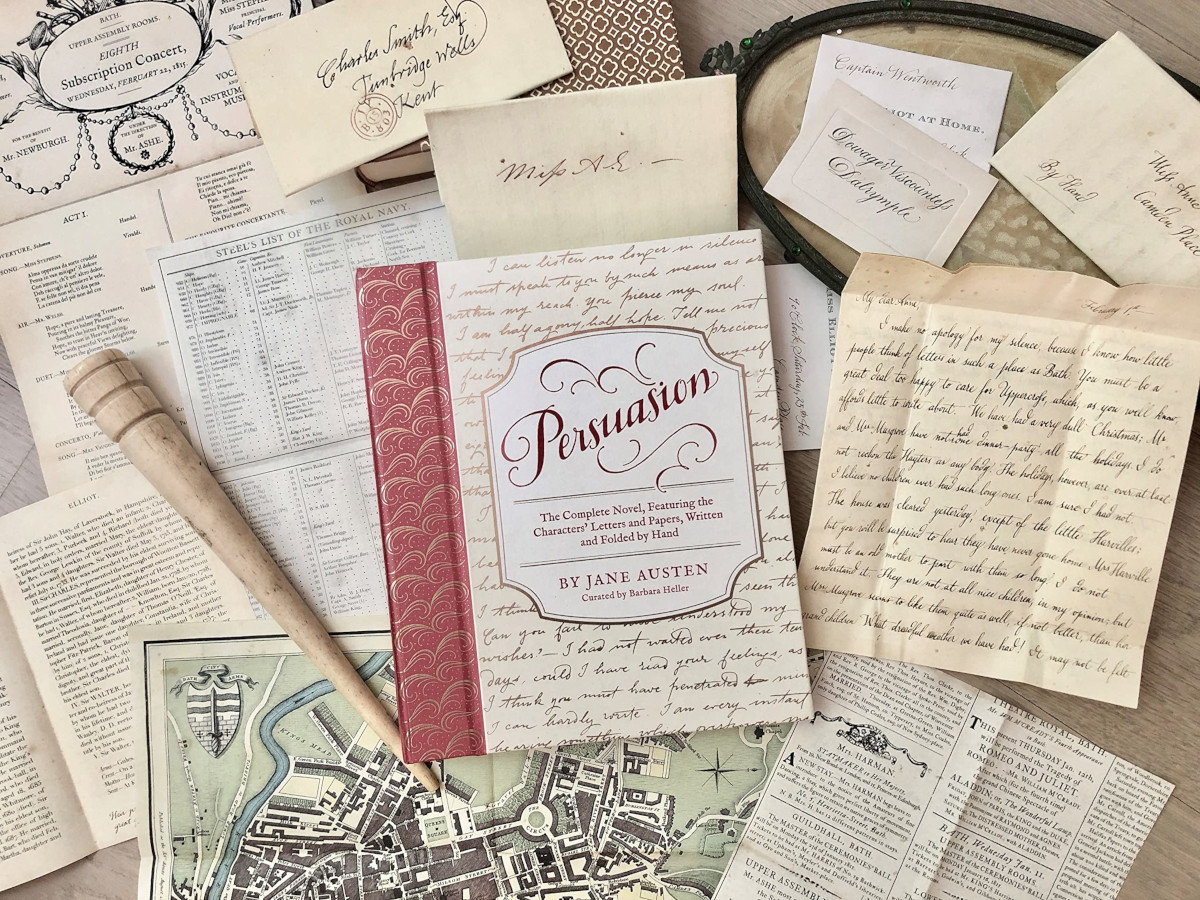 Persuasion by Jane Austen, Complete With Replicas of Letters and Documents

Suggested by: Jenny Bristol
Mfg: Chronicle Books
Price: $34.99
Purchase: Persuasion by Jane Austen
People who love Jane Austen really love Jane Austen, and you can solidly put me in that camp. Fans of hers seem to feel that having just one version of each of her six novels is a bit limiting. You’ll want your everyday read, your annotated version, and at least one special version of each novel. For a special version of Persuasion (or Pride and Prejudice), I recommend these new versions that include replicas of hand-written letters and other documents that make their appearance in the books. Read my full review of Persuasion and Pride and Prejudice on GeekMom. -JB 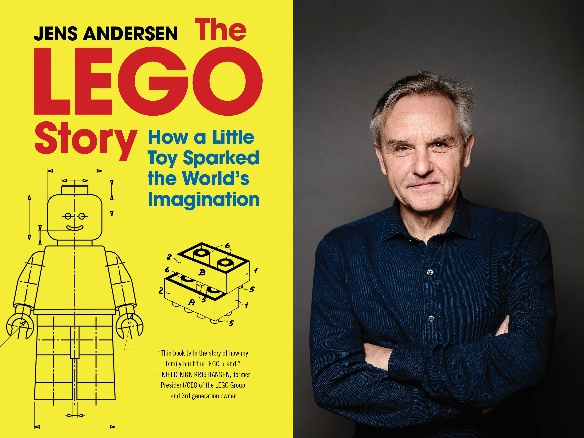 The LEGO Story: How a Little Toy Sparked the World’s Imagination by Jens Andersen

Suggested by: Jenny Bristol
Mfg: Mariner Books
Price: $29.25
Purchase: The LEGO Story: How a Little Toy Sparked the World’s Imagination by Jens Andersen
Brand new on the scene (in its English translation) is this in-depth look at the LEGO brick, its cultural history, and the history of the company and its founding family. The LEGO company has always stood for the importance of play (see my review of The Secrets of LEGO House), and this 400+-page book will likely stand as the definitive history of how the company has both evolved with the times and never wavered from its focus on quality products and the value of play. The book covers LEGO’s history, decade by decade, covering topics such as LEGO’s origins in woodworking, how the LEGO brick system came to be, and expanding product lines. Access to the company’s archives and extensive interviews with the former President and CEO of the LEGO Group, Kjeld Kirk Kristiansen (grandson of its founder, Ole Kirk Christiansen), has informed the book’s contents, and over 200 photos and illustrations really bring the company’s evolution to life. You’re likely to recognize something from the photos from your own childhood. This book would be a fabulous gift for anyone with a special interest in LEGO or the history of play. -JB 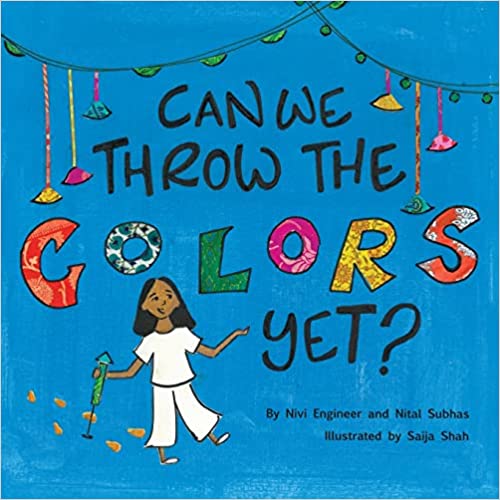 Can We Throw the Colors Yet?

Suggested by: Nivi
Mfg: Gatekeeper Press
Price: $9.99
Purchase: Can We Throw the Colors Yet?
This children’s book about Holi, the Indian festival of colors, is told from the point of view of Juhi, who is excited to celebrate with her cousin who is visiting from India. But the day tests her patience as one thing after another gets in the way of her getting to throw the colors. -NE [Full disclosure: This is a book I wrote and recently published to celebrate the Indian festival of colors, which will be on March 7 next year.] 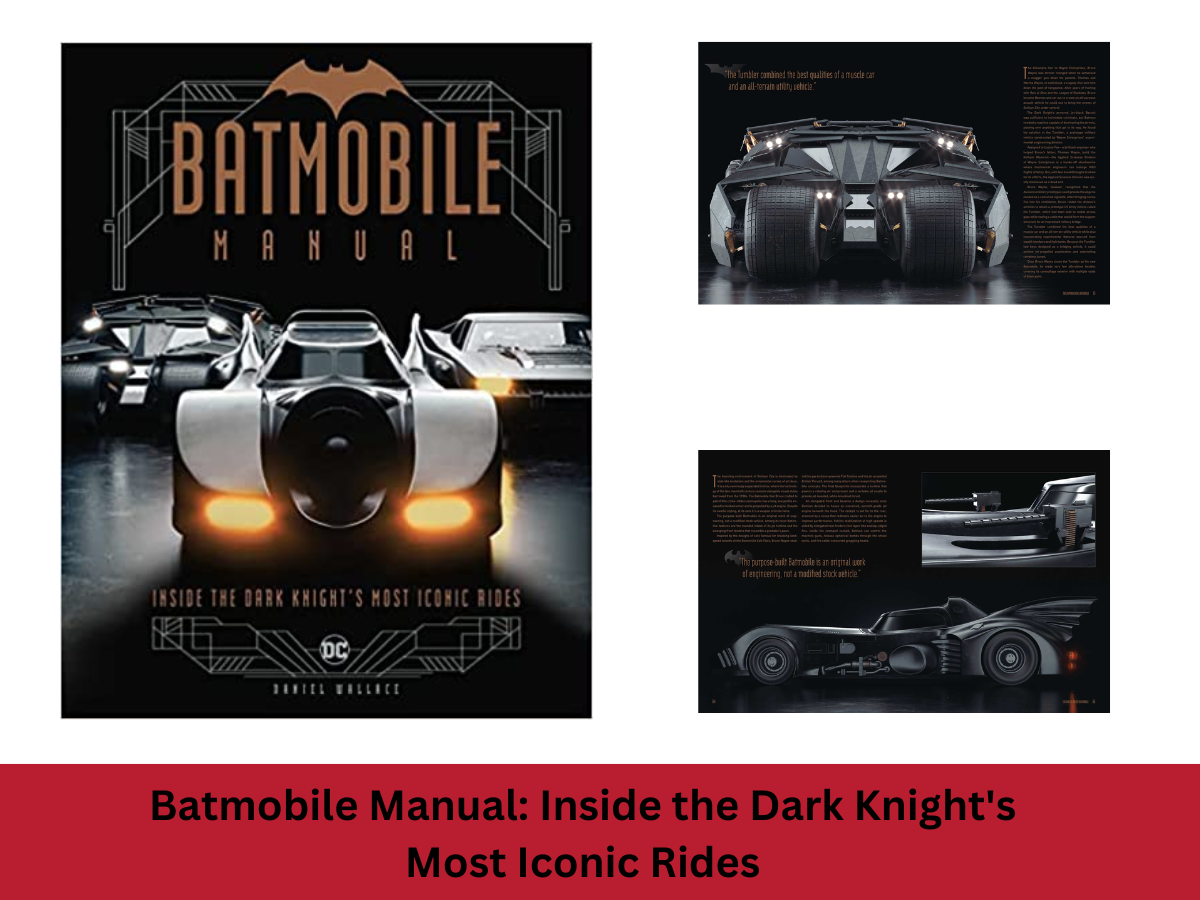 Suggested by: Dakster Sullivan
Mfg: Insight Editions
Price: $30
Purchase: Batmobile Manual
For the ultimate Batman fan, get them the book with the most complete collection and detail of the most iconic car in comic book history: the Batmobile. This hardcover title is fully illustrated and shows off the entire fleet of Batmobiles from the various realms of the Bat universe. Fans will be able to check out the inner workings of Batman’s famous ride and draw on decades of Batman lore from film, comics, animation, and video games. -Daks 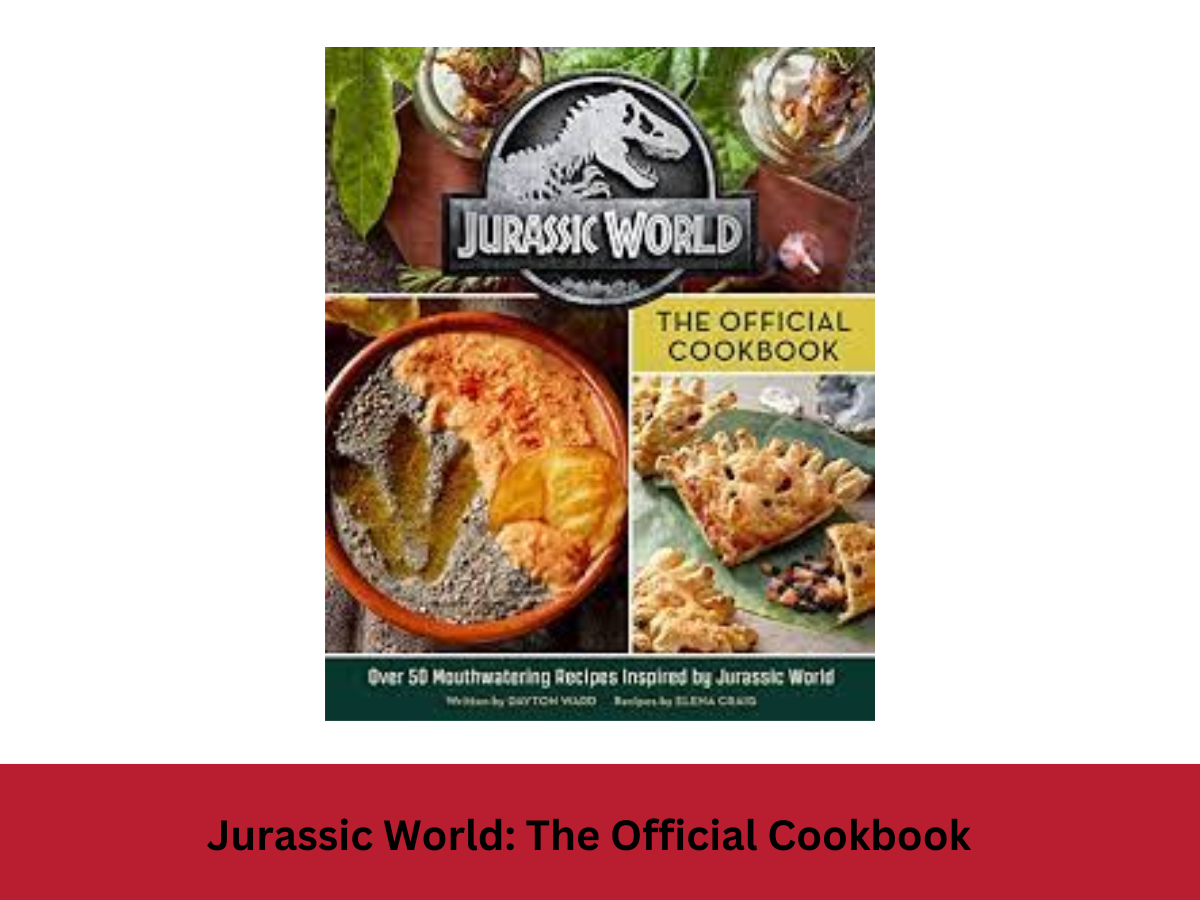 Suggested by: Dakster Sullivan
Mfg: Insight Editions
Price: $15
Purchase: Jurassic World: The Official Cookbook
Inspired by the blockbuster franchise, this official in-world cookbook takes you on a trip to the famous Isla Nublar to serve up some incredible dishes that pay tribute to the inhabitants of the island while also teaching you a thing or two. This cookbook is filled with real-world dinosaur facts, data, and delicious photography. -Daks 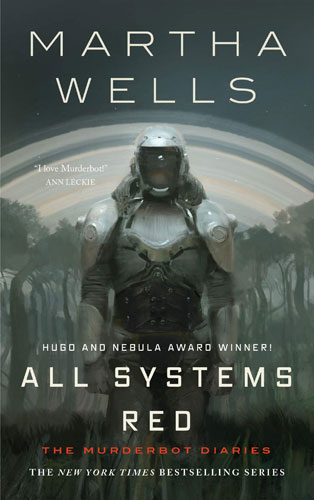 Suggested by: Jonathan H. Liu
Mfg: Tor
Price: varies
Purchase: The Murderbot Diaries series by Martha Wells
All Systems Red, the first novella in The Murderbot Diaries, was first published in 2017, but I didn’t get around to it until earlier this year… and then immediately tracked down the rest of the books. (There are four novellas and two full novels so far.) The so-called Murderbot is a cyborg security unit that has hacked its own governor module so that it can be independent, leading to very different experiences in this corporatized universe. It’s an excellent series, funny and adventurous and thought-provoking, and I’m glad I finally picked it up. -JHL 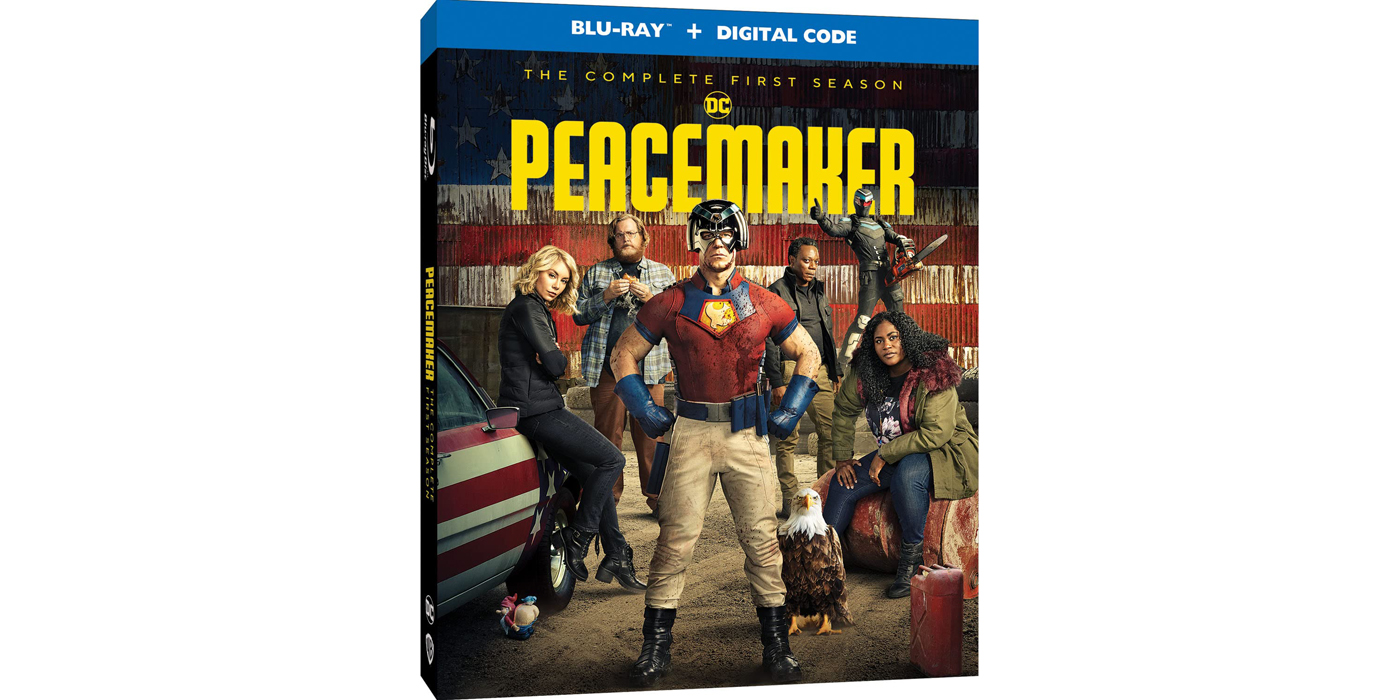 Suggested by: Z.
Mfg: DC/Warner Bros.
Price: $24.95
Purchase: Peacemaker: The Complete First Season
As much as I enjoyed 2021’s The Suicide Squad, I honestly didn’t think John Cena could anchor his own spin-off television series. After watching the first season of HBO’s Peacemaker, though, I have to admit I was wrong. Now, that’s not to say the success of the show is based on Cena’s strengths alone; he is but one piece of an intricate machine that also includes such outstanding cast members as Danielle Brooks (Orange Is the New Black), Rizwan Manji (Outsourced), Steve Agee (Bob’s Burgers, Adventure Time), and Robert Patrick (Terminator 2: Judgment Day), plus the fingerprints of showrunner James Gunn are all over every inch of the production. Combined, this makes for a hilarious, action-packed, and somehow strangely poignant narrative that explores everything from familial trauma to the transient nature of control—all this while featuring the jingoistic vigilante you love to hate and, of course, the single greatest opening credits sequence of all time. Bring Peacemaker: The Complete First Season home for the holidays, just, um, maybe don’t watch it with the kids around. -Z. [Review materials provided by Warner Bros. Home Entertainment Inc.] 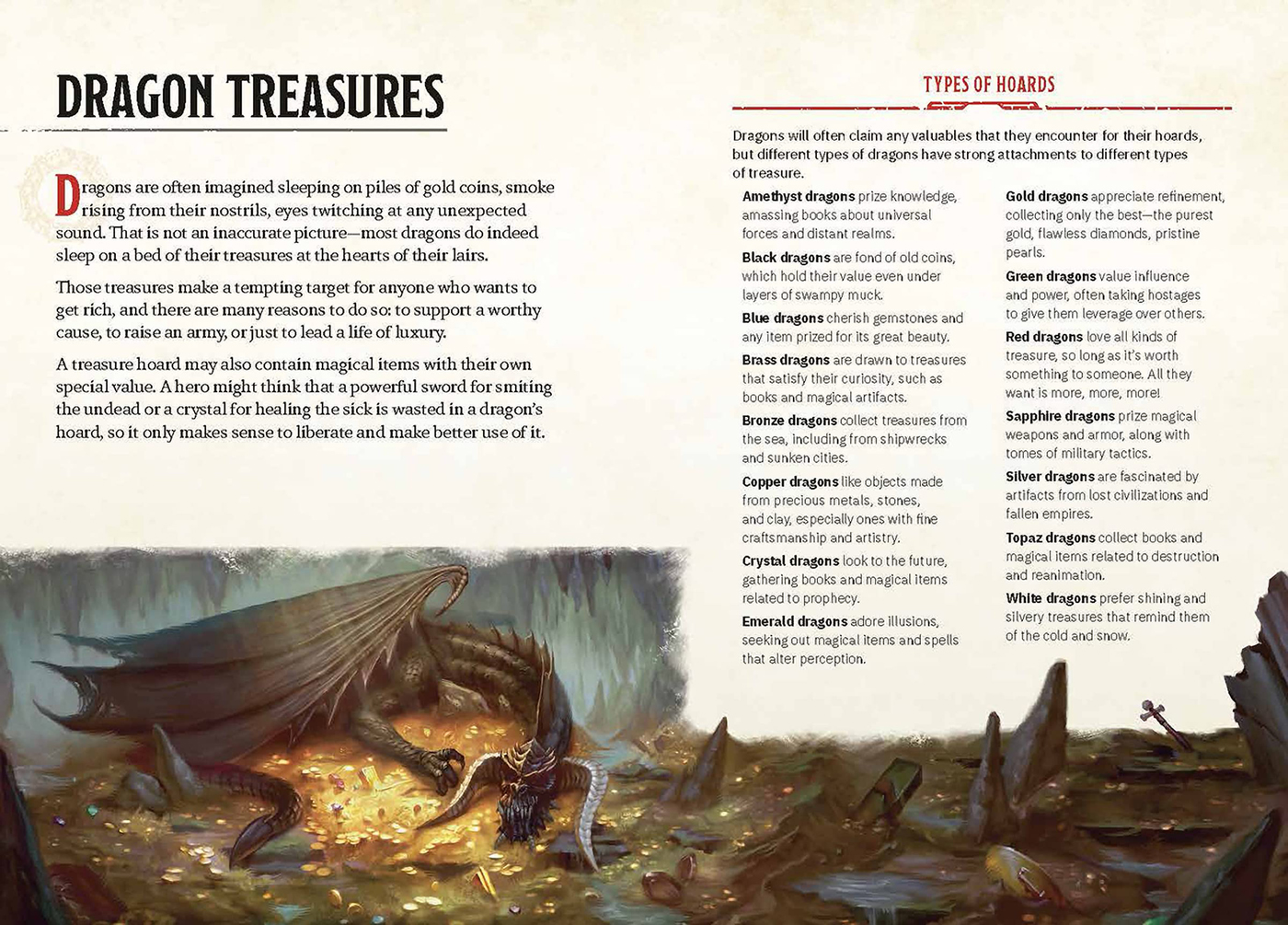 Suggested by: Z.
Mfg: Ten Speed Press
Price: $11.69
Purchase: Dungeons & Dragons Young Adventurer’s Guide: Dragons & Treasures
The Dungeons & Dragons Young Adventurer’s Guide series is the perfect starting point for kids interested in the world’s most enduring tabletop roleplaying game as well as older readers looking to get a proper introduction to D&D without all the dice rolls, rules, and stat blocks required for proper play. The latest volume, Dragons & Treasures, is a tidy 105-page hardback that illuminates not just the basic chromatic and metallic dragons, but things like the diet, lifecycle, and fundamentals of dragon society. There’s even a crash course in the Draconic language and a listing of legendary dragons from D&D lore. Written in a clear, approachable style and lavishly illustrated, Dragons & Treasures makes a great gift for fantasy fans of all stripes! -Z. [Review materials provided by Penguin Random House] 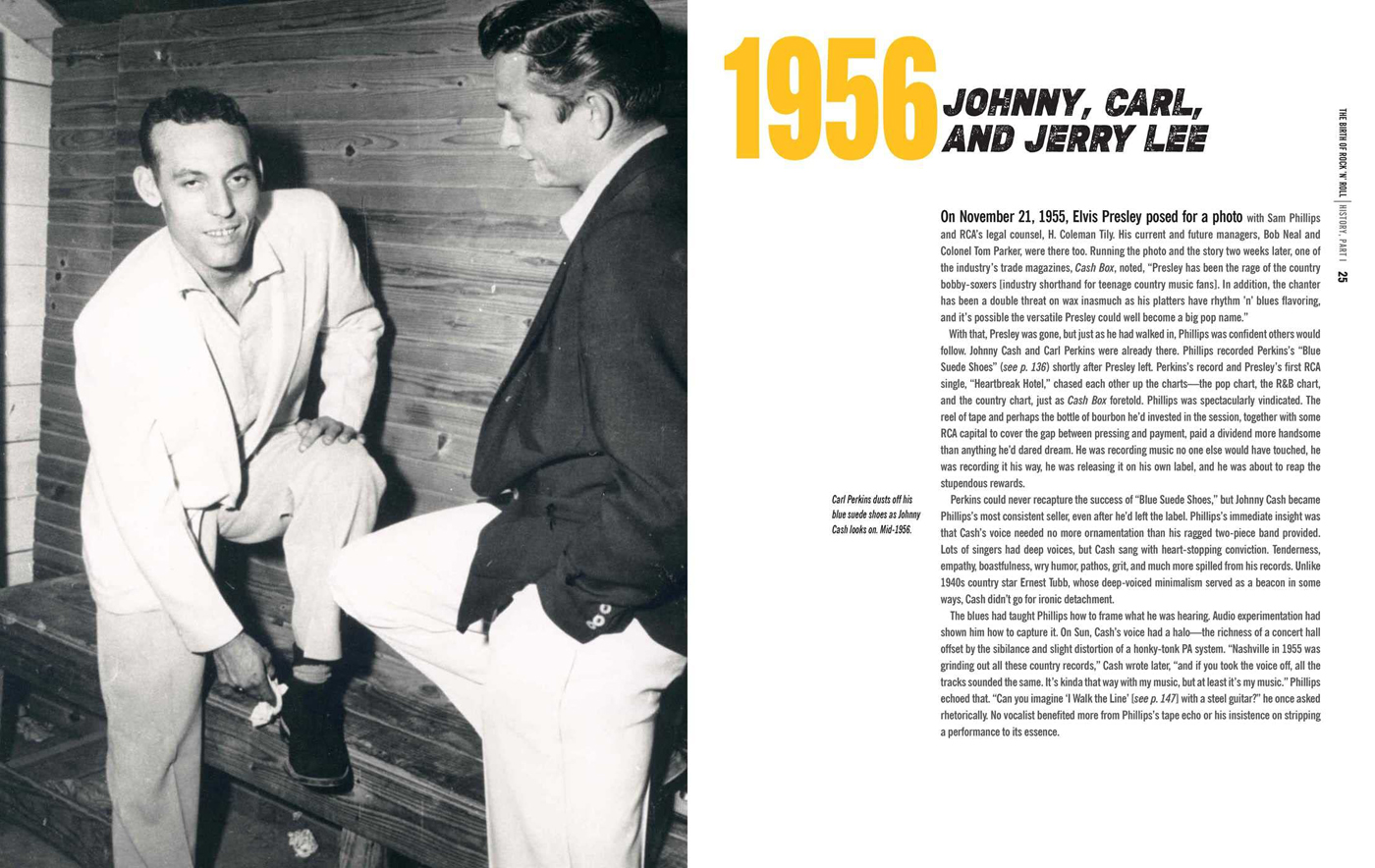 The Birth of Rock ‘n’ Roll: The Illustrated Story of Sun Records and the 70 Recordings That Changed the World 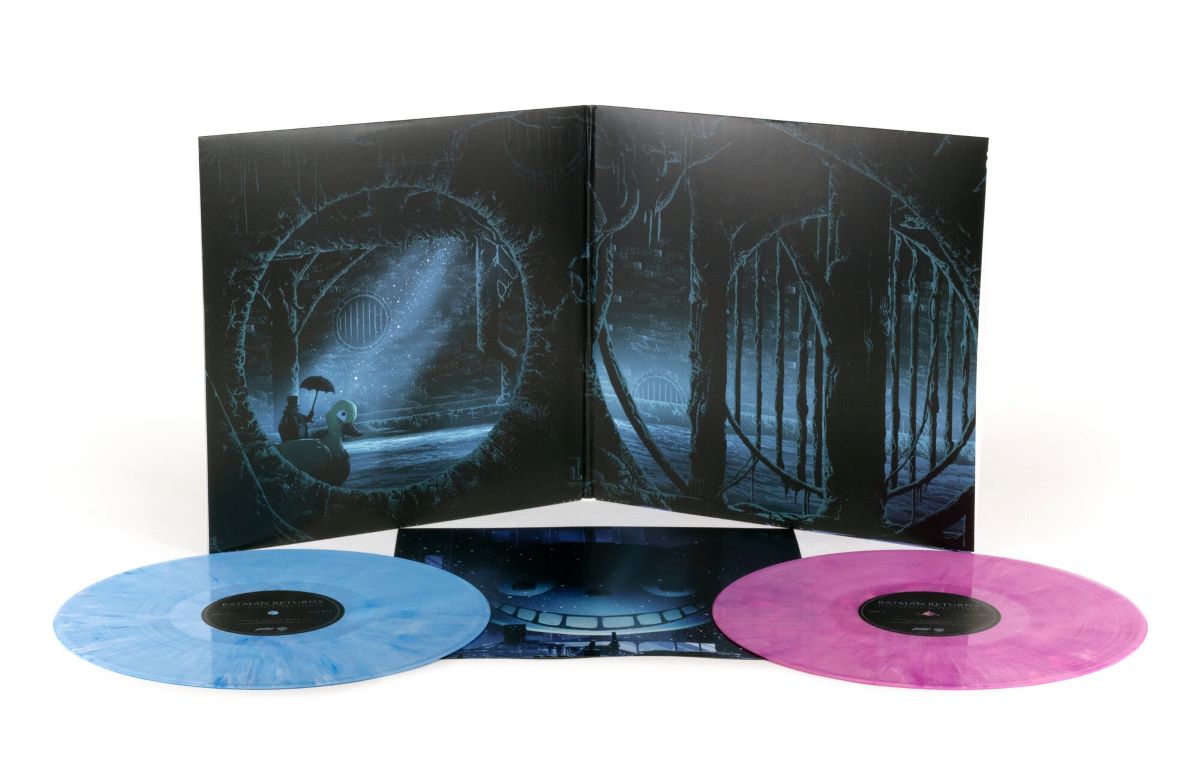 Suggested by: Paul Benson
Mfg: Mondo Music
Price: $35
Purchase: Batman Returns Original Motion Picture Soundtrack 2XLP
If Batman Returns is on your list of favorite geeky Christmas movies, then you’ll definitely want to check out Mondo’s 2XLP remastered version of Danny Elfman’s score. There are two different versions available: 180 Gram color vinyl (as pictured) and 180 Gram black vinyl. If you are ready to celebrate the holidays in Gotham City, then pick up this soundtrack today. -PB 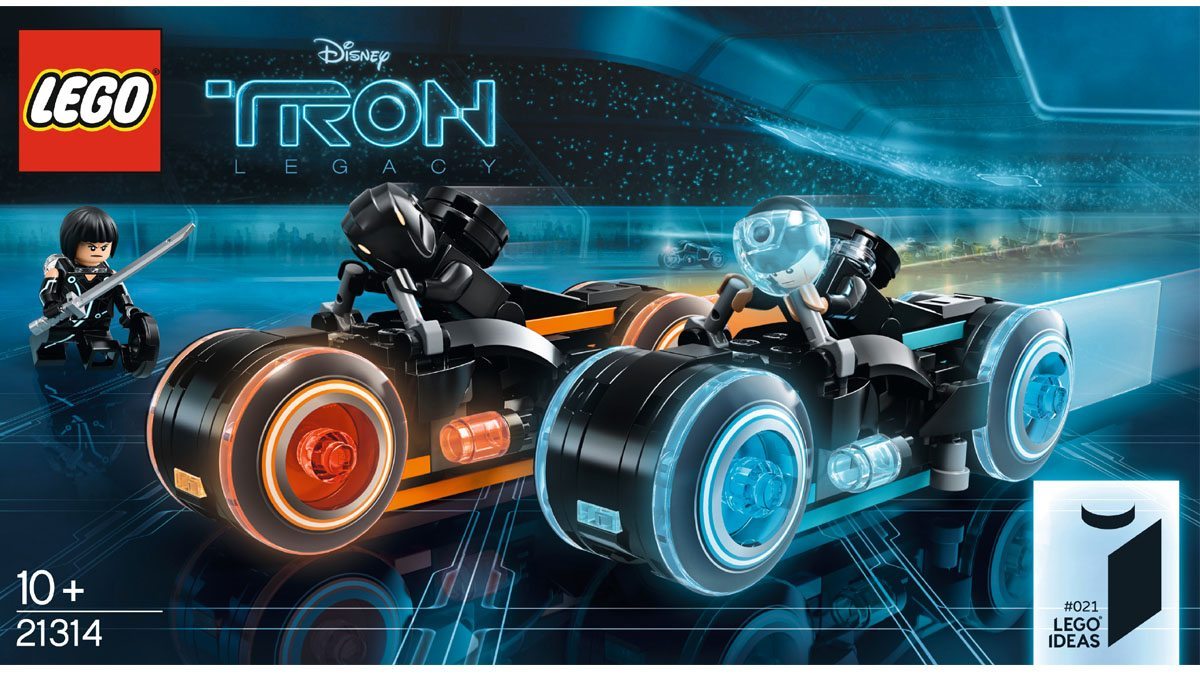 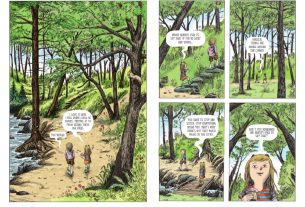 ′The Ghost of Wreckers Cove′- A Solid, Beautiful Mystery