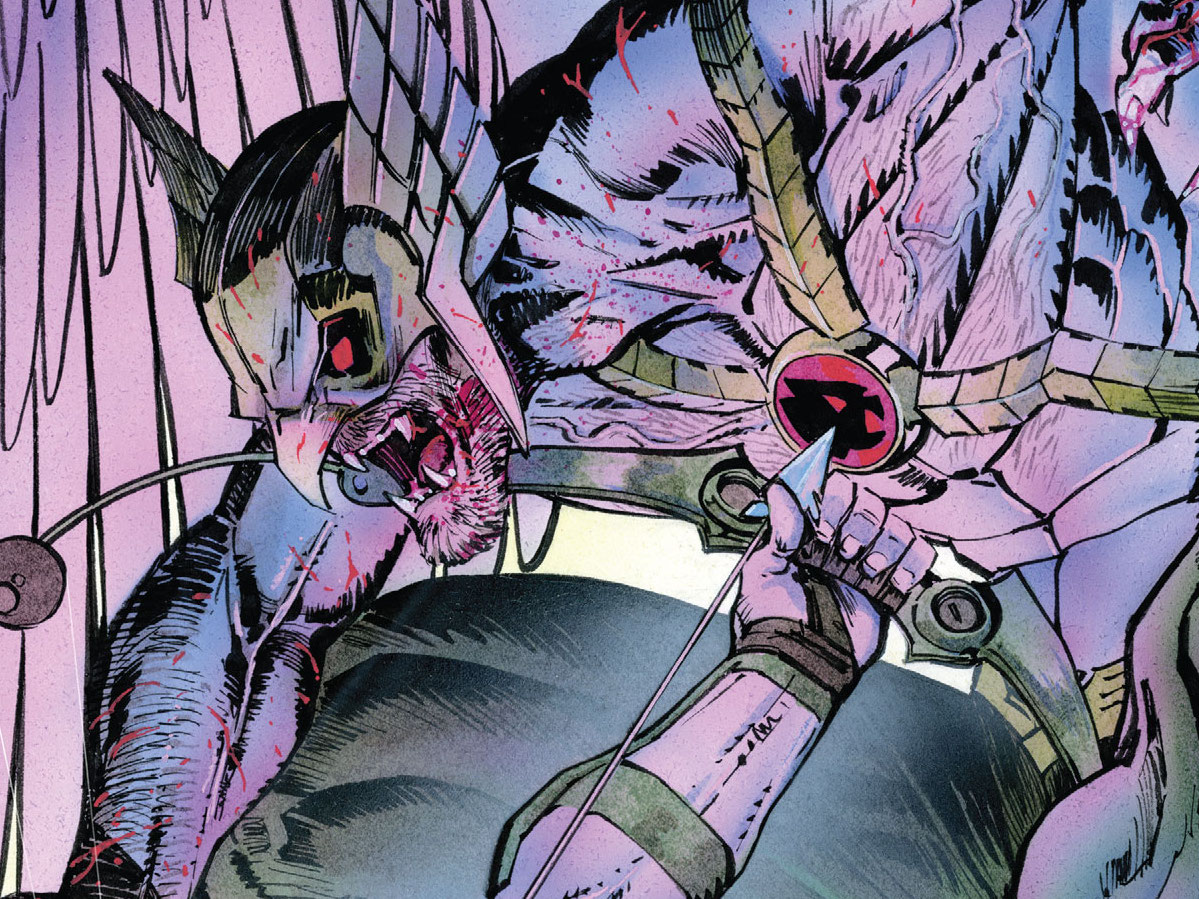 Ray: It’s the penultimate issue of both this mini and the side-story this month, and unlike DCeased, it actually does feel like this story is being set up to end with its original mini. Knowing that, this penultimate issue does a good job of setting the stakes while leaving most of the big action to the final issue. The heroes have been divided into different teams, with the squad of John Henry, Kara, and Jayna getting the most interesting plot. Kara remains the key to the entire mission, so this entire issue is largely a feint to get her where she needs to be. But at the same time, some other players get fun moments as well. Damian and his squad mostly cause some chaos, but it’s Lobo who surprisingly gets to steal the show. We learn a lot more about what’s happening to aliens in this world, and how the main man fits into it. This is an incredibly mercenary world, and this issue plays on that nicely. It’s not just the vampires that are a threat.

Ray: The penultimate issue of Kenny Porter’s anime-inspired giant robot adventure delivers some solid action, as the heroes take to the sky one more time to try to fend off Kalibak’s invasion. This series often seems like it comes down to heroes sacrificing themselves for each other, and that curse strikes again this issue with another dramatic final act, but there is some solid characterization behind everything. This take on Superman in particular, a man who grew up alone in space and only recently experienced human kindness, is intriguing. The best part of the issue is probably what Luthor is up to, as he debuts a strange experiment that backfires horribly and likely sets up the final showdown next issue. With only six issues, it doesn’t quite feel like this had time to set up its world and its characters fully, but it remains a fun side-story for the DCU with a lot of great visuals.

Ray: This tie-in to the video game is so far more interesting than the actual game, if reviews are any indication. The main part of the story, which has the Bat-fam investigating a strange rage plague linked to Scarecrow gas, is more standard but has some intriguing character beats. It does a good job of evoking both the tension between Batman and Nightwing as well as the ways Nightwing is in some ways a better crimefighter than his father. But the 1847 segment is by far the stronger one, exploring a Gotham City that’s a refuge for former slaves with a mysterious protector of its own. While Vivian Foxworthy tries to claim her freedom and start a new life, we also see the mysterious vigilante get pulled into a strange mystery involving disappearing black men—and an enemy that’s been plaguing Gotham long before there was a Batman. It pretty consistently rises about its roots as a video game tie-in.

Ray: The writing teams are switching off with this series, and now it’s time for Ivan Cohen to tell a denser and wackier tale than the first issue’s Ra’s Al Ghul adventure. Poison Ivy is the villain this issue, and her main plot involves bombarding the GCPD with poison sumac spray, leaving the entire group down with a nasty rash—including Batgirl, who was in the wrong place at the wrong time helping her dad. That leaves Daphne to take over the Batgirl costume for the issue to help out her friend, as she and the rest of her crew investigate Ivy’s rampage. There are some really fun effects this issue, including an attack of a creature right out of Attack of the Killer Tomatoes, but there’s also no real mystery here and the issue spends a little too much time focusing on how itchy everyone is. Still, it’s great to see the Mystery Machine crew getting to explore every weird corner or Gotham!

Ray: I haven’t listened to the podcast this comic is based on, so I can’t speak too much about the tone, but this comic reminds me a lot of Batman ‘66 played a little straighter in places. It has the same kind of old-school pulpy action, with villains using wacky devices and colorful traps as opposed to descending into full madness. Robin’s escapades this issue while Bruce is busy with the Killer Croc case sums this up nicely. There are quite a few original characters here, like the eccentric kids’ gang The Burma Shave Boys, but it’s really Croc who steals the show. Apparently a hulking monster who talks to an invisible little girl, flashbacks show that he was originally a harmless kid who may have been turned into a monster against his will—and he may be a lot younger than he looks. This comic is a little all over the place in terms of plotting, but some of its many subplots really hit well. 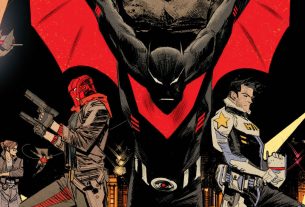 Review – Batman: Beyond the White Knight #1 – A New Knight