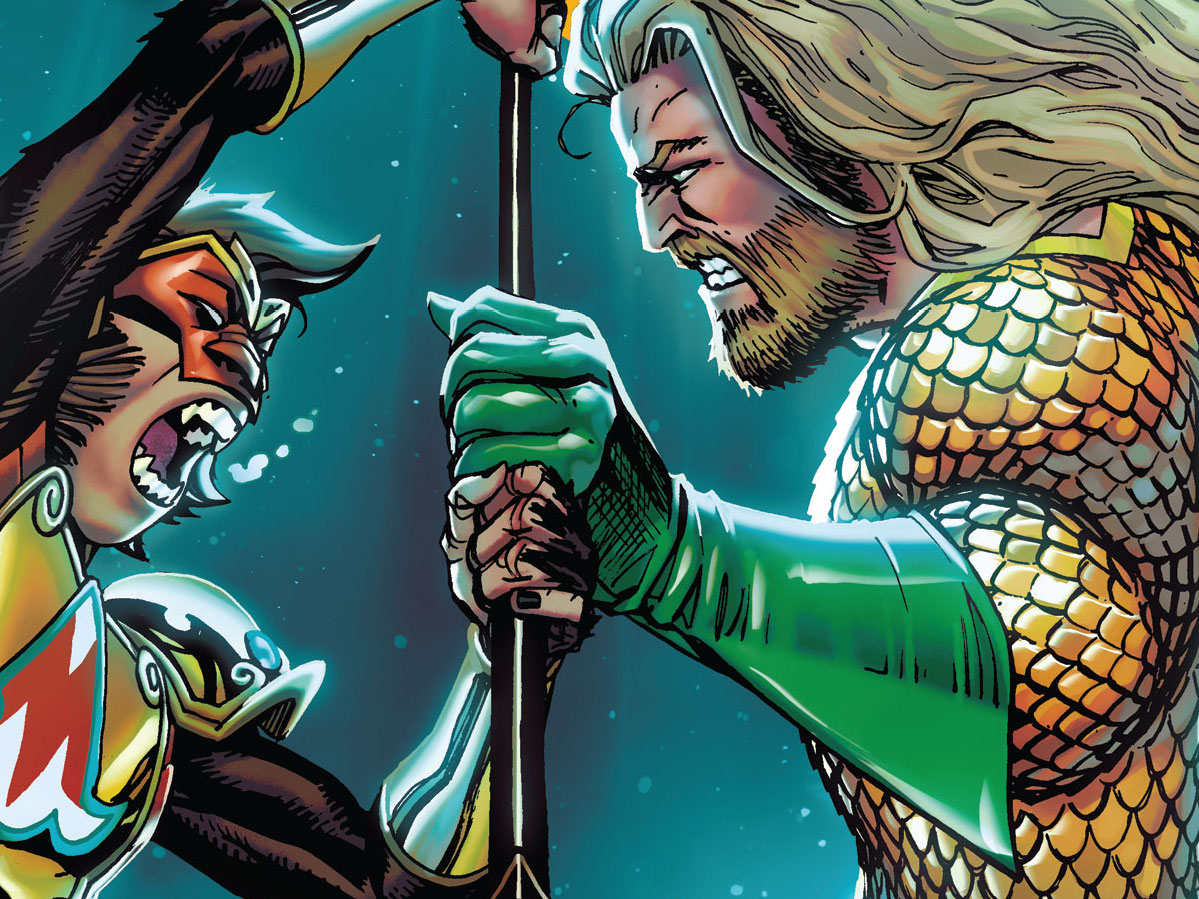 Ray: Gene Luen Yang has been working with the character of the Monkey King for a long time, and during the hiatus of this book I read his first comic work—the famously offbeat fantasy memoir American-Born Chinese, which featured a rough-around-the-edges Monkey King and his mythological adventures. That brings a lot of things into focus as this book returns, particularly why our Monkey Prince seems to not be able to help himself at times as he turns into a less-likable, less heroic version of himself. It’s his father’s influence creeping out, as we see when he and Shifu Pigsy arrive in Atlantis and get accused of being invaders by Aquaman and Mera. While his mentor tries to use diplomacy, Monkey Prince wastes no time insulting the royals, picking a fight, and is only saved from a fight he can’t win by a sudden magical catastrophe in Atlantis—the exact thing he’s searching for.

This is an odd issue and maybe not the best one to come back with, because this issue doesn’t feature much of the supporting cast and slice-of-life elements that made the series work so well. It’s almost entirely Monkey Prince and Pigsy as they try to talk and fight their way out of trouble, with the main character’s parents only appearing briefly in Black Manta’s submarine. The biggest challenge the Monkey Prince faces this issue is a battle of wills with a magical entity that’s manifesting as a giant pillar in the middle of Atlantis and crushing everything underneath. That’s the main selling point of this book—it’s out-there in a way few modern comics are allowed to be, and it’s also one of the most personal works Yang has worked on for DC. While the antagonists weren’t as interesting this issue and I think Aquaman may have acted a little out of character at times, the main characters are fun enough that the book gets a lot of rope from me.

Review – The Silencer #15: Smoke and Mirrors 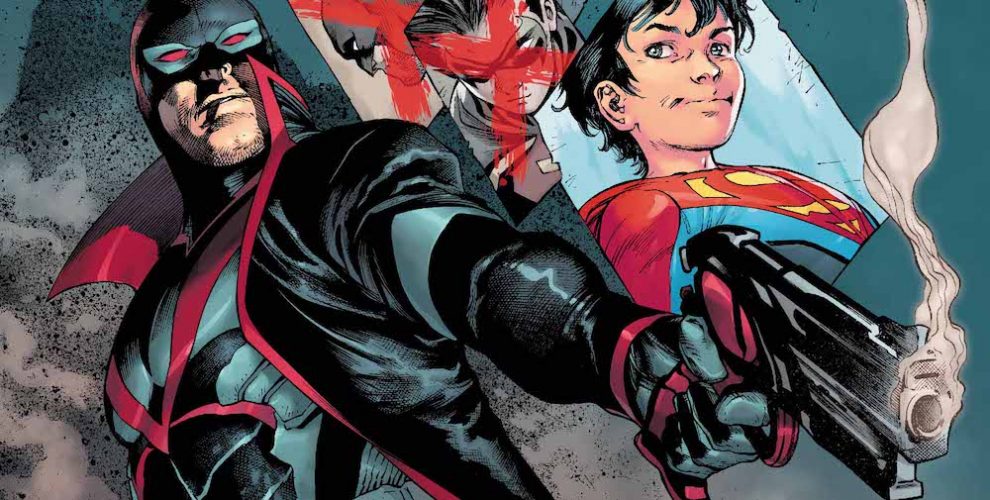