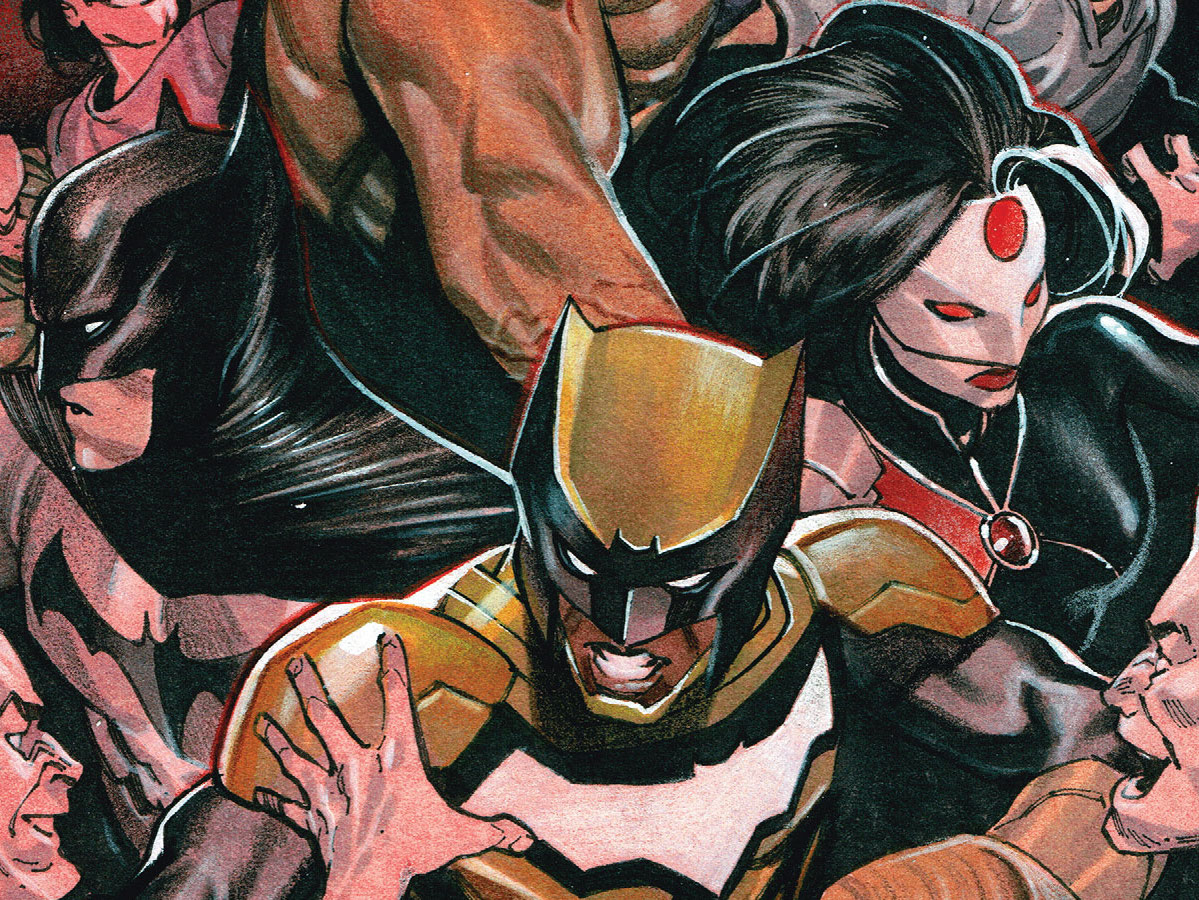 Ray: With five stories again this month—three new ones and two continuing ones—how does this issue shake out?

First up is the second chapter of “Signal and the Outsiders,” the continuation of Brandon Thomas’ regular feature. This is a full-length comics, and picks up after the Outsiders gave Duke a break from the battlefield so they could investigate the case of his mother’s disappearance. Now they’ve found where she is—and it leads them down a twisted path involving Francine Langstrom’s shady father, a Joker-ized man-bat, Metamorpho hitching a ride inside a creature like a chestburster, and a massively chaotic battle. But despite that, it’s actually a really well-done story with some great emotional catharsis as it wraps up.

“Tiny Hands in the Dark” by Zac Thompson and Hayden Sherman is a Batman-centric horror story involving a child-size serial killer who is stalking Gotham and killing people—usually parents. The reveal of who is responsible isn’t a big surprise and is another attempt to elevate a fairly weak Batman villain, but what makes this story shine is Sherman’s incredibly creepy art. This is a slasher film in comic form at its core, and the art absolutely packs each page with tension.

“Call It” by Joey Esposito and Mikel Janin is a Two-Face-centric flashback story, only two pages, as Batman thinks back to his many fights with his old friend and to those seconds of uncertainty as they all wait for the coin to drop. Two-Face has always been one of Batman’s more tragic villains, and this story captures this well, even if it is more of a mood piece with brilliant art rather than an actual story.

“The Pennyworth Files” by Chris Burnham feels a lot less grim now that Alfred is back among the living, and we can all enjoy our favorite Butler’s adventures in Cozy mysteries. After saving a stabbing victim’s life with some unconventional battlefield medicine, he delves deeper into a strange cult involving harpoons, whaling, fish men, and other assorted horror. Burnham has always had a great handle on the surreal, and watching Alfred properly attempt to investigate a truly strange Gotham case is incredibly entertaining.

Finally, “Leather Bound” by Brandon Easton and Will Robson gives us a Batman and Killer Croc mystery featuring a series of rare reptiles around Gotham being found slaughtered—maybe in an attempt to bait Killer Croc out of hiding. Batman barely survives the initial confrontation, and now he has to stop Croc from taking his anger out on Gotham civilians. He finds an unlikely ally in the head Herpetologist at the Gotham Zoo, as they investigate the reptile serial killer. This is a fast-paced, brutal story with a truly disturbing villain and a lot of violence. Killer Croc rarely gets to actually be the focus of stories, and this is a clever twist on the character’s world.

Overall, five solid stories and not a weak link in this one, although the two continuing stories are definitely the superior ones. 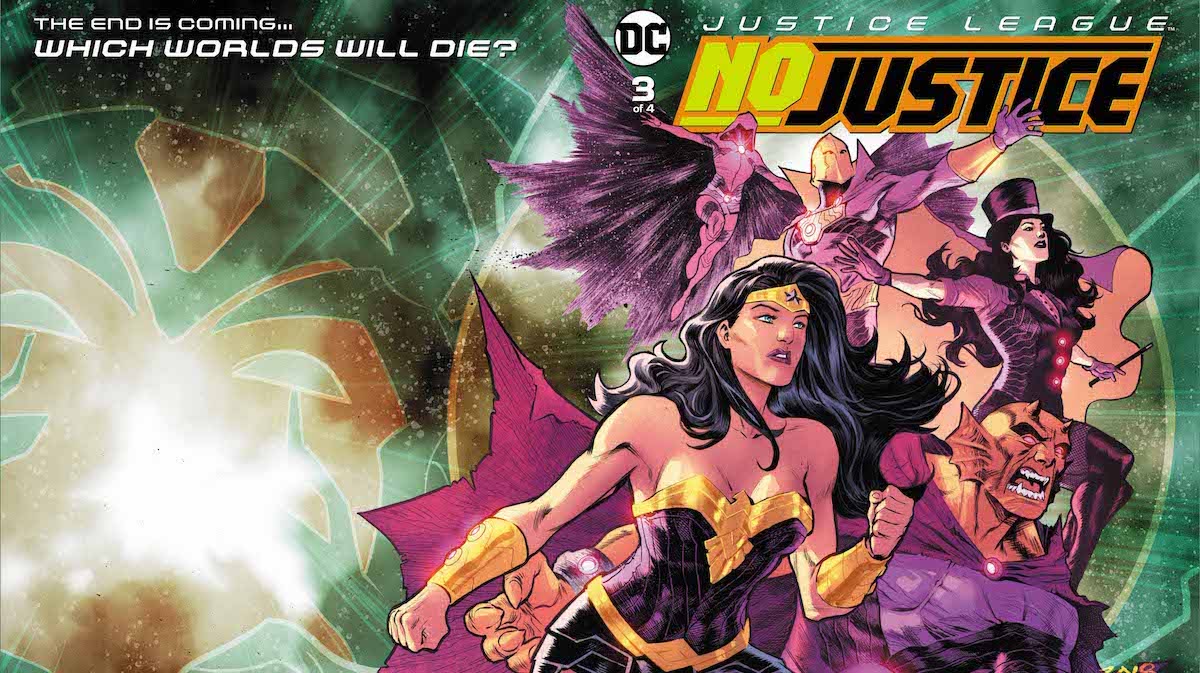 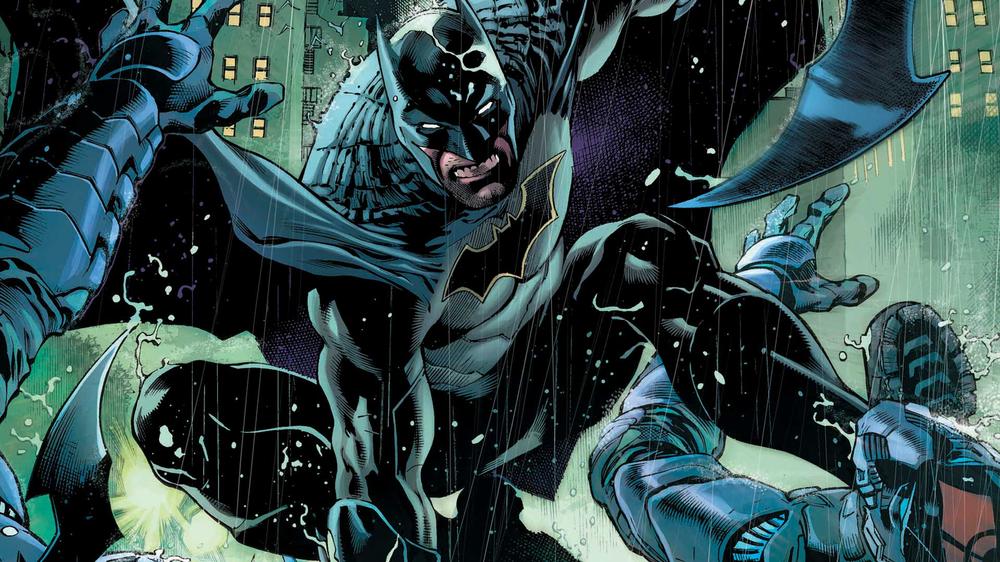 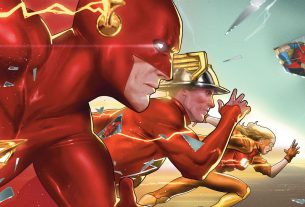