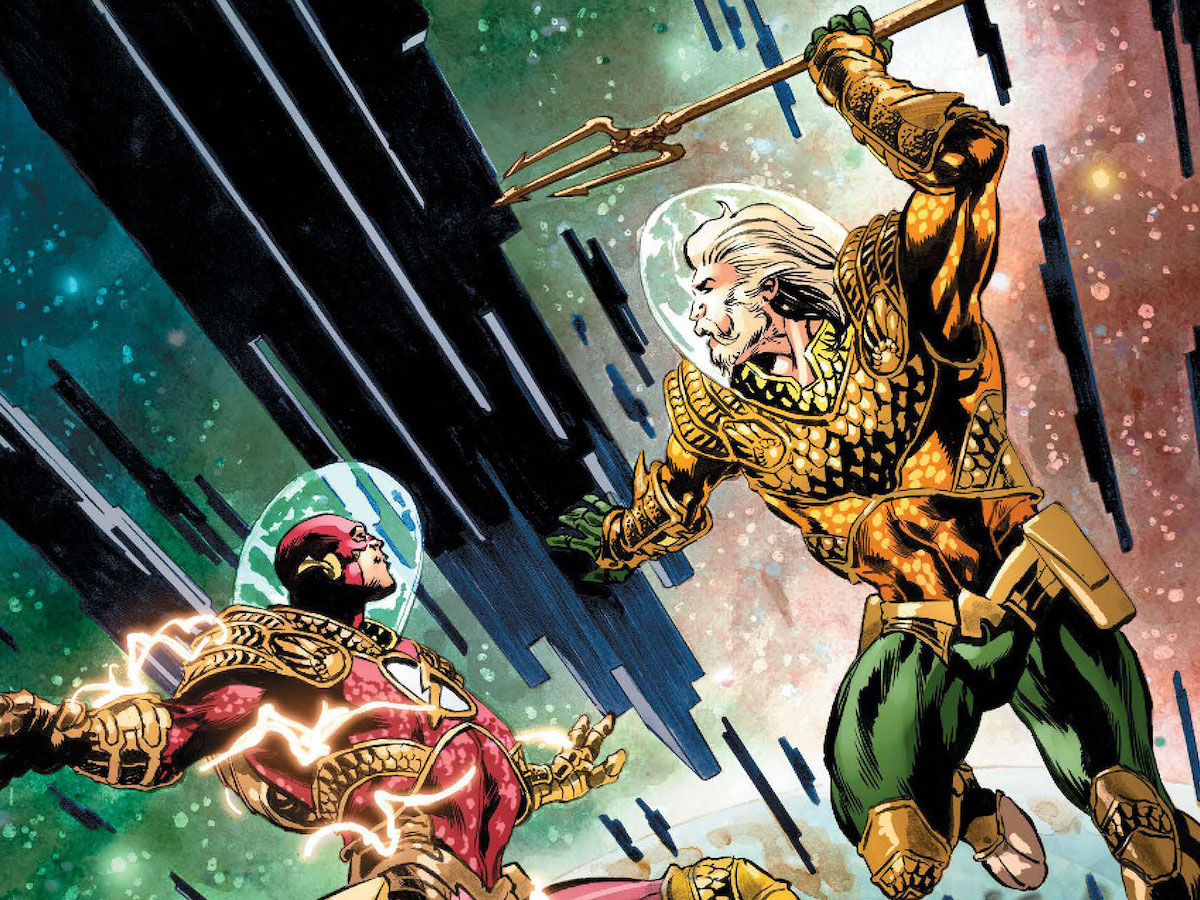 Ray: The first two issues of this oversized prestige-format minseries have been promising but a little odd—a cosmic horror story set alongside an odd-couple superhero team-up that had both Flash and Aquaman being oddly caustic both to each other and to their wives. Last issue revealed that the cosmic menace that had frozen the world in place except these two had ties to Aquaman and that he had betrayed Flash by stealing a piece of the Speed Force—a development that led to Flash essentially saying he was done with Arthur after this battle. Needless to say, that’s not going to stick, but it’s a while before we get there, with the two clearly tense as they battle alien spaceships and seem to be fully willing to sacrifice themselves to save the rest of the world. The visuals in this opening segment are spectacular, but the actual resolution of the plot is surprisingly subtle.

The alien menace, which is never 100% explained but the series does a good job of establishing as something beyond our comprehension, manages to trap Flash in a lotus-eater machine where he gets a chance to repair his relationship with Iris and she tries to convince him to stay in this personal paradise. It’s a well-done scene, although these problems in this marriage still seem to come out of nowhere. This series as a whole has been a surprising amount of psychological interplay amid cosmic chaos, and the defeat of the villains almost feels like an anti-climax once the world is turned back on and the heroes get backup. The final battle is almost wordless, but delivers some amazing visuals. Once the world is back to normal, the story ends with a fun segment where Arthur and Barry actually manage to get some bonding in and their characterization seems much more like what it should be. This has been an odd series, but I think it brought it home in the end.