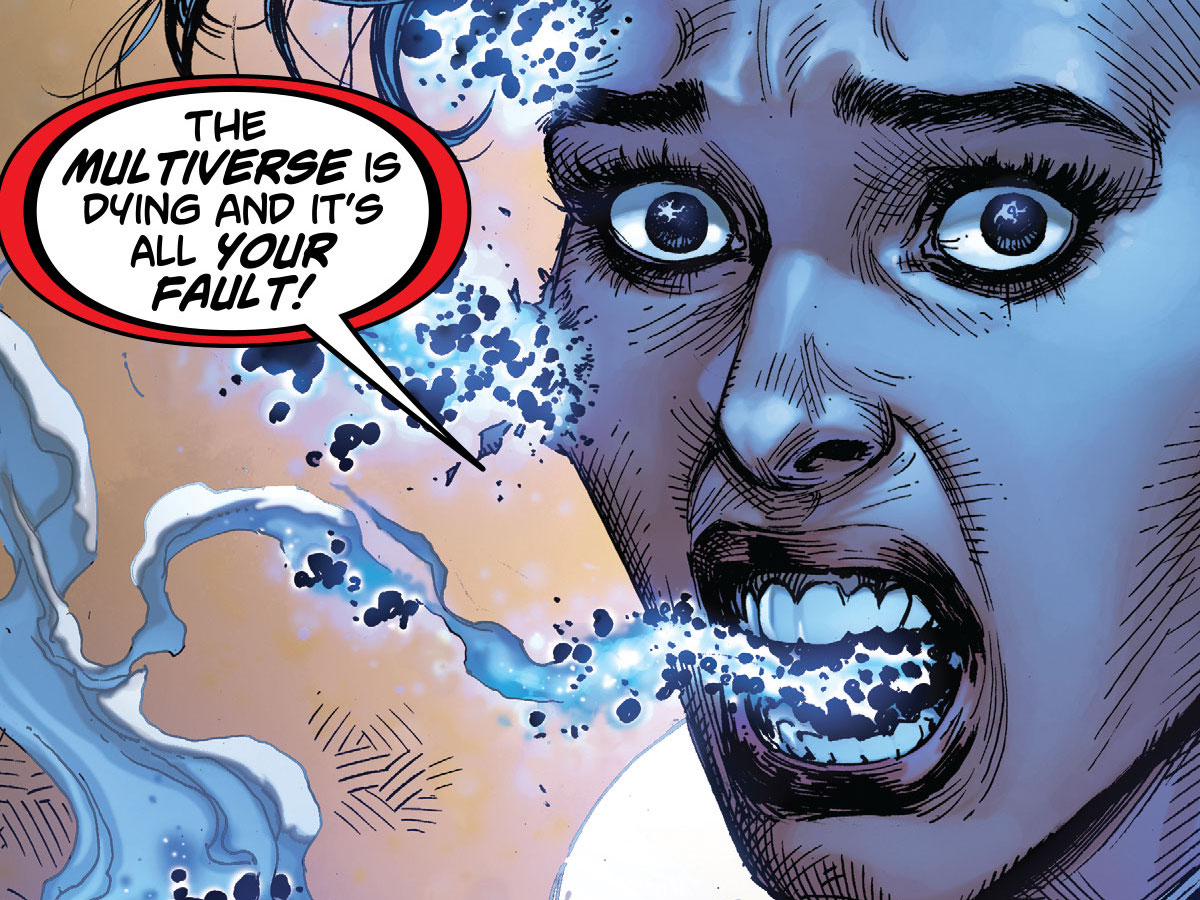 Ray: One of the chaotic books to come out of DC in a long time, this comic has delivered whiplash with every issue. Coming off a multiverse-hopping issue, though, this one is surprisingly laid back—even as it delivers some massive exposition about the future of the DCU. The opening ten pages, drawn by Batman Inc. artist Chris Burnham, is less a straight narrative and more a tour of the history of the DCU guided by Doctor Multiverse—and it takes us through every event that has featured the multiverse in the last forty years. Even more surprisingly, it reveals a new hidden hand behind all of it—a villain known as the Great Darkness, who even Darkseid fears and has been puppeting everyone from Nix Uotan to Superboy Prime to Doctor Manhattan as they wreaked havoc with DC continuity. And it’s this coming threat that has led Doctor Multiverse to decide that she needs to align with Darkseid.

While the Justice League Incarnate has been mostly aligned in this series, this issue throws that all for a loop. While President Superman is determined to hold the line against Darkseid, Doctor Multiverse believes that the greater good requires an alliance—and Thomas Wayne has a darker plan to neutralize the threat that indicates that he hasn’t changed all that much from his brutal original world. Things unfold fast in the second half of the issue, with a shocking death that I’m not sure is going to stick down the line. It also has a lot of splash pages, as artists Mike Norton and Andrei Bressan really get to cut loose with battles on a cosmic scale. But after the great character beats of the second and third issues, it’s a little hard to get invested here with a pared-back cast and a much darker tone. With the conclusion fast approaching and a tense cliffhanger, it’ll be interesting to see how act two of the DCU’s bold new frontier mic-drops. 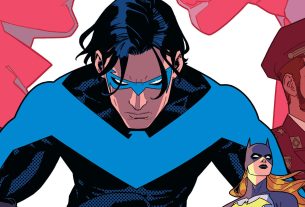 Review – Nightwing #92: The Battle for Bludhaven