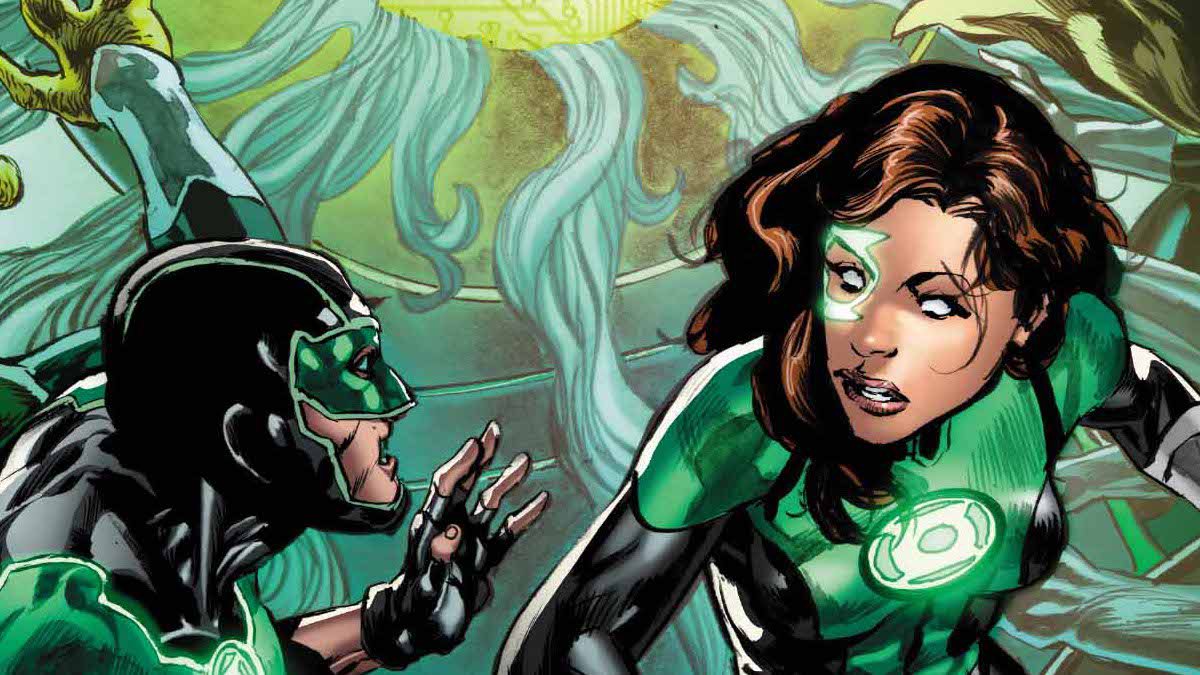 Ray: Dan Jurgens takes over on Green Lanterns, becoming the third regular writer on the series after Sam Humphries and Tim Seeley. The issue is, unlike that transition, this one doesn’t feel like the same book. Jurgens is a very good writer, and he’s still probably my favorite Superman writer of the last few years. However, he’s a very conventional, old-school writer, and I was unsure if he was the right pick for two progressive characters like Simon Baz and Jessica Cruz. Based on this first issue, I think I was right to be worried. It’s a perfectly competent Green Lantern Corps series, but it’s not Green Lanterns. Simon and Jessica feel like they’re demoted to supporting characters, as John, Guy, and Kyle all migrate over from Hal’s book to play major roles. Taking place after that book’s upcoming finale, with Hal missing in action, the story opens with a meditating Guardian being attacked by something ancient and dangerous. When John shows up to investigate, he finds that his ring isn’t properly obeying him anymore and he comes under attack by a massive fleet led by a mysterious villain who describes himself as a member of the Us.

Remember the big space arc of Jurgens’ Action Comics where Superman had to protect Luthor? One of the wild card aliens from that arc is back too. In fact, he appears in this issue sooner than Simon and Jessica do. Jurgens did his research with the characters, writing them capably, although I do have to note that he seems to have fast-forwarded Jessica’s recovery. Seeley ended his run with Jessica finally confronting her past trauma, but now she’s hanging out at a nightclub with her sister, one of the most stressful things for people with a panic disorder to do. Simon is fine, albeit relatively generic. The issue doesn’t quite make clear what the big threat facing the Lanterns this arc is going to be, although it does pick up a lot in the second half with a massive, world-threatening storm descending on Mogo the Living Planet, and a murdered Guardian throwing the Corps into chaos. The attempt to throw suspicion on Simon is obviously a fake-out, but as a whole the issue is competent but forgettable. It feels like they’re combining the two titles for the final act before the big retooling, and that’s to the detriment of the unique Green Lanterns title. 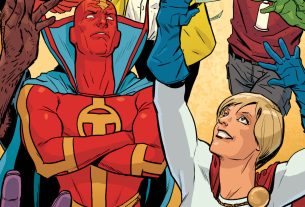