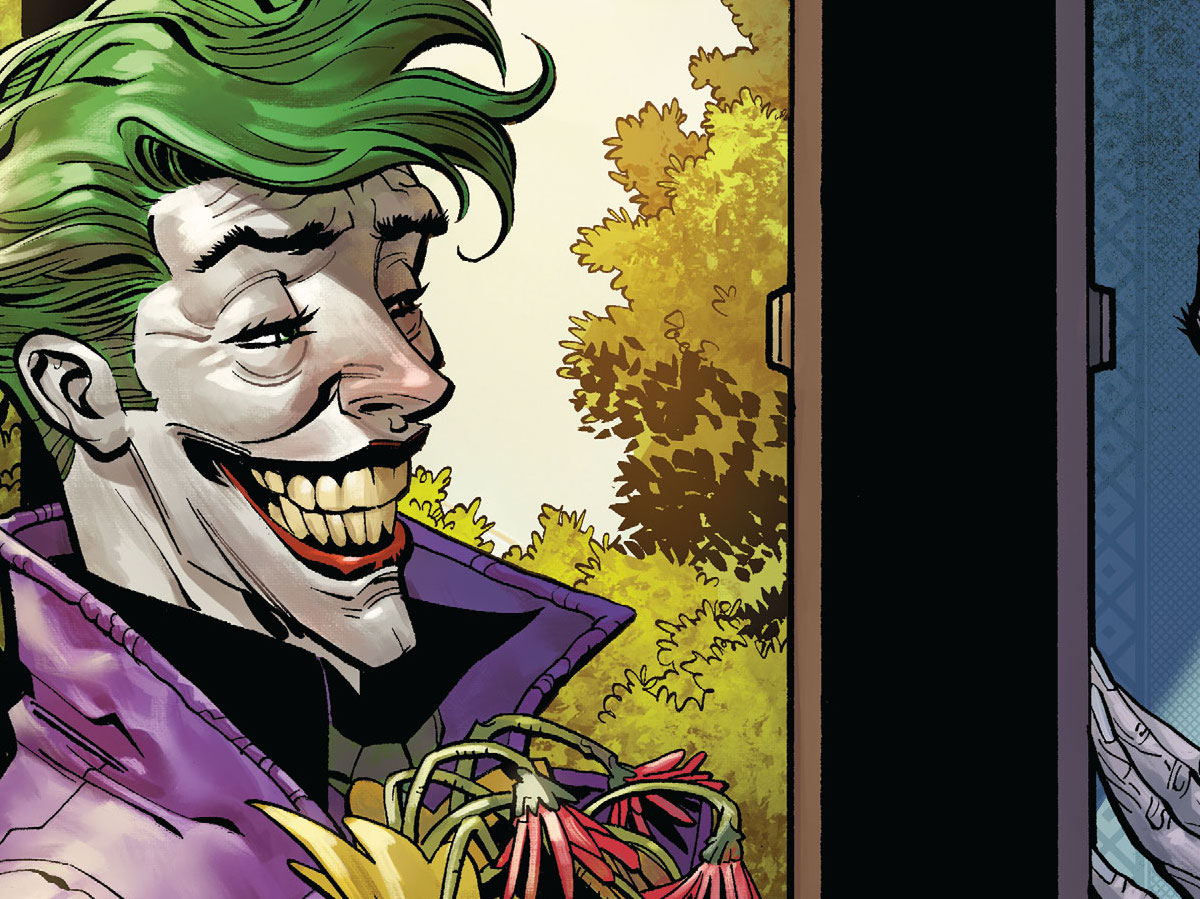 Ray: We’re entering the last act, and things are drawing to a violent close. But surprisingly, the main character may be withdrawing from the battlefield. Jim Gordon ended the last issue by getting stabbed in the chest just as all the villains of the series converged. Left for dead, he instead wakes up in Gotham with his daughter and Julia Pennyworth looking over him. Barbara wants to take over the case and leave her aging dad out of it—going so far as to say that Cass is waiting to kick him back into bed if need be. As the two women head to chase down Joker, Jim calls the one ally he has left—Harvey Bullock, and the two former commissioners make one last play to round up the evil.

Joker, meanwhile, has found himself in hot water too. The deranged Sampson clan, a band of hillbilly serial killers who struck oil and used the money to cover up their twisted hobbies, are out for revenge after one of their family members died on A-day. They want to get their payback in blood from Joker—except that Joker probably didn’t do it. With the Court of Owls and Vengeance lurking in the background, the final three issues should be tense and bloody. But none of this would work half as well if it didn’t have Jim Gordon as its lead, bringing decades of weary awareness of just how deadly Joker is. He’s one of the Bat-family’s best supporting characters and it’s great to see him finally get his spotlight.

The Punchline backup this month is mostly dedicated to the introduction of the Royal Flush Gang, now a more complex band of four rival families—and completely disconnected from the recent Bendis reintroduction. As Cullen wonders whether he can be involved with his new boyfriend given these reveals, Harper and Leslie battle to get Kelly on the stand for her testimony against Punchline. As the prosecutors doubt Kelly’s credibility and the traumatized witness struggles to maintain her sanity, we build to a creepy last-page reveal that sets the last three chapters up for a hell of a climax.