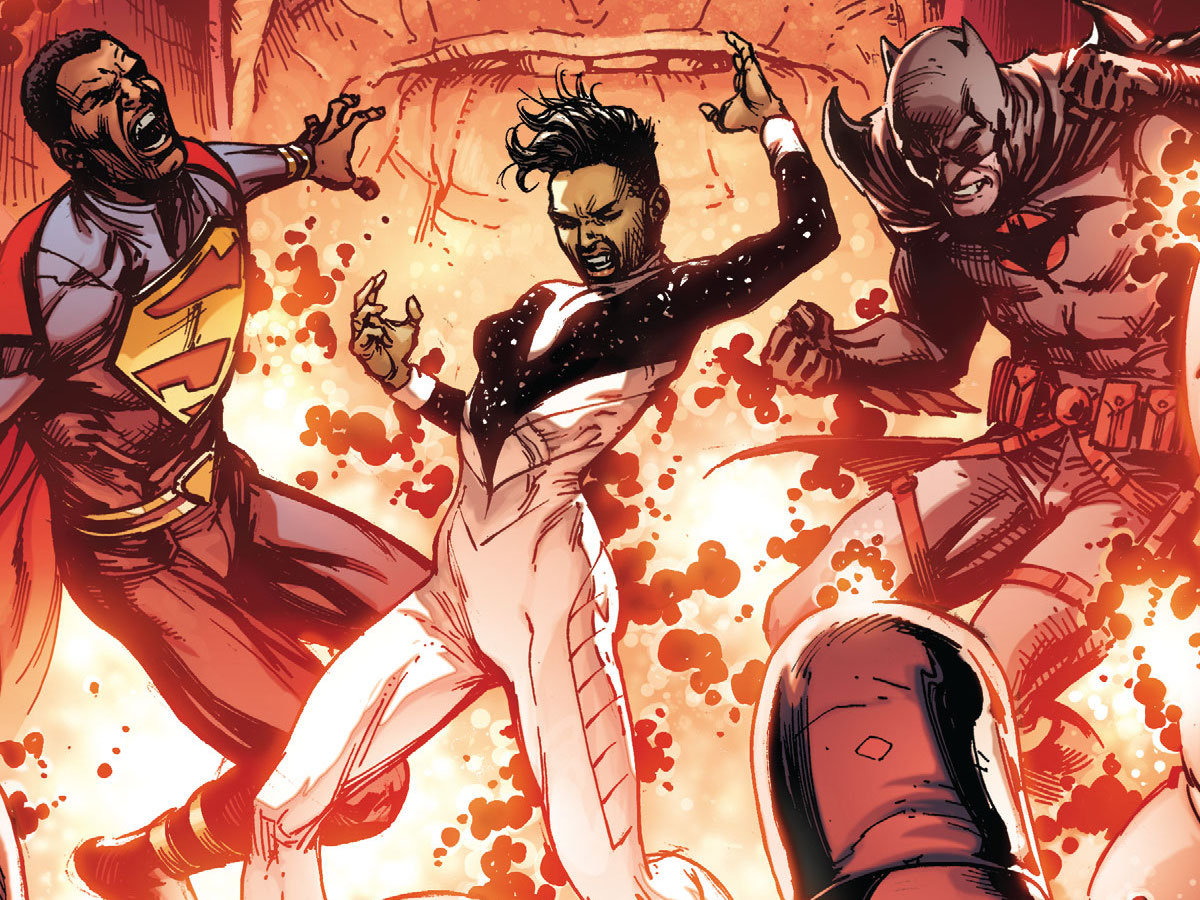 Ray: After two issues of mostly setting things up, the heroes of the Justice League Incarnate are trapped on various worlds of the multiverse—and what results is one of the most inventive comics DC has put out recently. It helps that all the heroes are probably on the world least suited for them, and that every world has its own unique artist. While Thunderer and a few others are left behind on the mysterious Earth-7, Captain Carrot finds himself on an Image-inspired world—the home of Dino Cop, filled with ruthless 90s antiheroes. Wisecracking Gen-Z teenager Avery Ho finds herself trapped on a ruthless pirate world and captured by a ghost pirate, but is rescued by a band of Amazon pirates in a concept that begs for a stand-alone spinoff. The gem of the issue, though, has got to be Todd Nauck’s two pages as Thomas Wayne’s Batman finds himself fighting alongside the overly welcoming heroes of the Zoo Crew. It’s as absurd and fun as the wackiest of Nauck’s work on Young Justice.

The most inventive segment, though, has got to be Mikel Janin’s genre-bending story as Calvin Ellis and Doctor Multiverse are stranded on a world where their powers don’t exist—and DC Comics seem to steer the direction of the multiverse. It’s not Earth Prime, but it seems close, and they soon realize that their only chance is to make a comic that saves the day. To get there, they have to deal with a slowed-down timeline, internal conflict, and a meddling DC editor who seems to want Darkseid to win. There are a lot of clever twists in this issue before the heroes finally unite, and the last few splash pages deliver a shocking gut punch on Earth-7 that sets up a high-octane last half of this miniseries. The mini this spins out of had enough plots and surprises to shake a stick at, but somehow this one has gone even bigger and infused the story with a massive dose of Morrison-esque no-holds-barred energy. 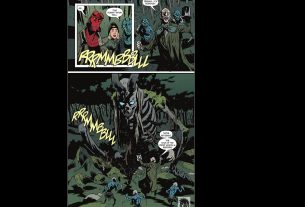 ‘Hellboy: The Bones of Giants’ # 3 -– The Merging of the Nine Realms 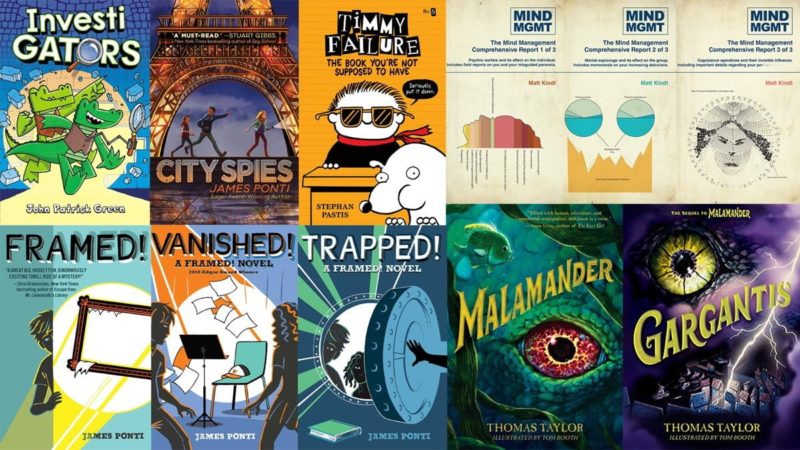