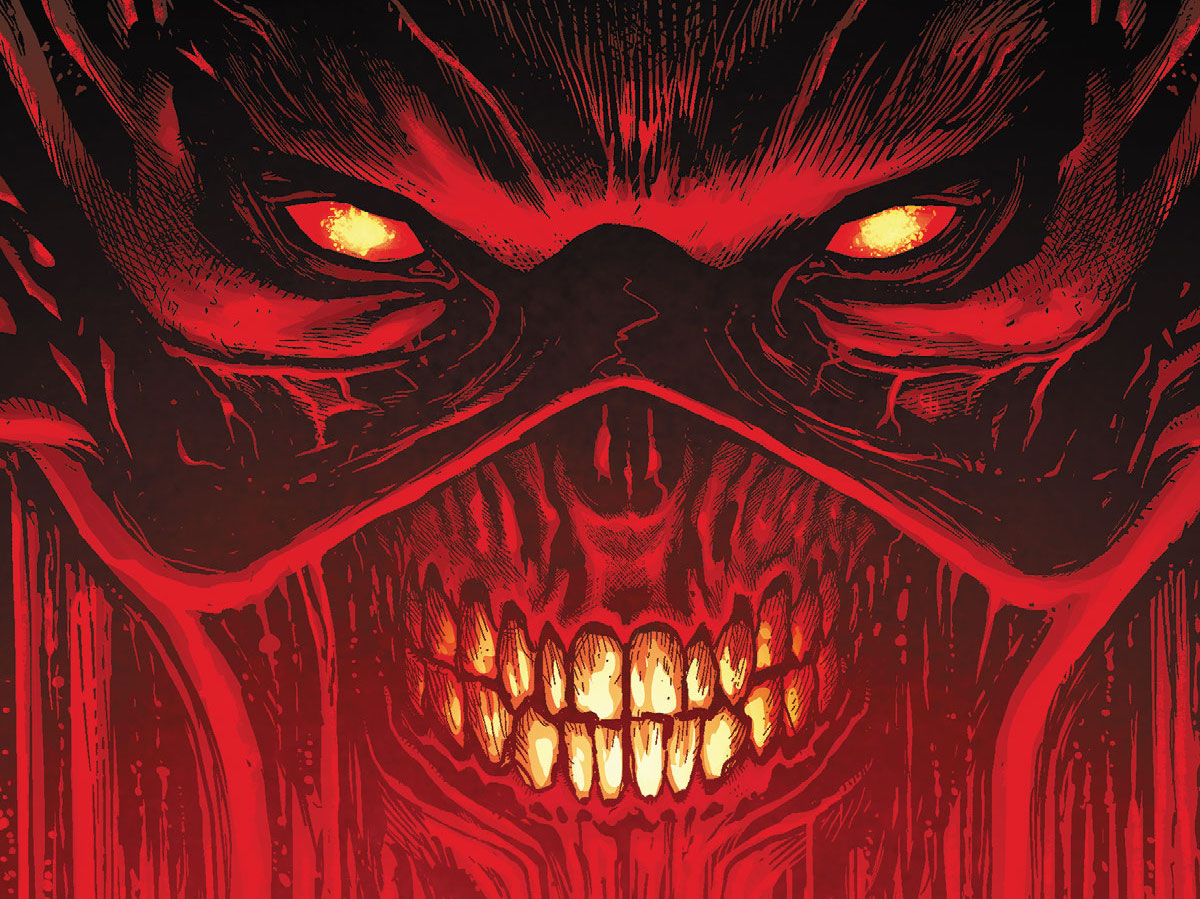 Ray: Whenever Jeff Lemire returns to the DCU, it’s an event. That’s the case for this stunning new Black Label miniseries, a gruesome horror tale that spins out of the mythology Lemire and Snyder developed in the New 52 era. But as it begins, Swamp Thing is nowhere to be seen. The world is in dire straits, with the only people seemingly still alive being a small colony in the middle of nowhere. Some live in a humble fishing village where a father tries to coach his daughter in how to survive and warns her to stay away from the mysterious lighthouse where a dark figure lives. But they’re frequently terrorized by a nearby band of pirate raiders who make their home on an abandoned oil derrick—and their leader has surprising ties to the father.

But that’s not the main threat in this post-apocalyptic world. How did humanity get to this terrible point? The culprit seems to be that the three Great Parliaments—the Green, the Red, and the Rot—at some point simply decided that they were tired of humans dominating their world and it was time to return to the natural order of things. Now, with humanity on the ropes, they scheme to finish them off—and one foolish decision by the two clans of villagers gives them the chance to make their move and resurrect an ancient threat. Swamp Thing is always an imposing figure, but he’s usually tempered by humanity and falls short of terrifying. Not here, as we see what an avatar of the Green can do when truly unleashed.

Doug Mahnke is a fantastic choice for the artist here, as his hyper-detailed, stylized art style really brings home how deadly this creature is and how grim the world is. But the real strength is in the tension of the story and its compelling characters. This isn’t a story too deep into the mythology of the DCU beyond the books it spins out of, but it does feature one other major DC player—and he’s written incredibly well in his few brief scenes. The last line of the book sets up a conflict for the character we’ve never quite seen before, and Lemire’s kicked off what could be a defining story for the Swamp Thing mythology. No surprise that whatever he touches in the DCU turns to gold. Another big win for Black Label.