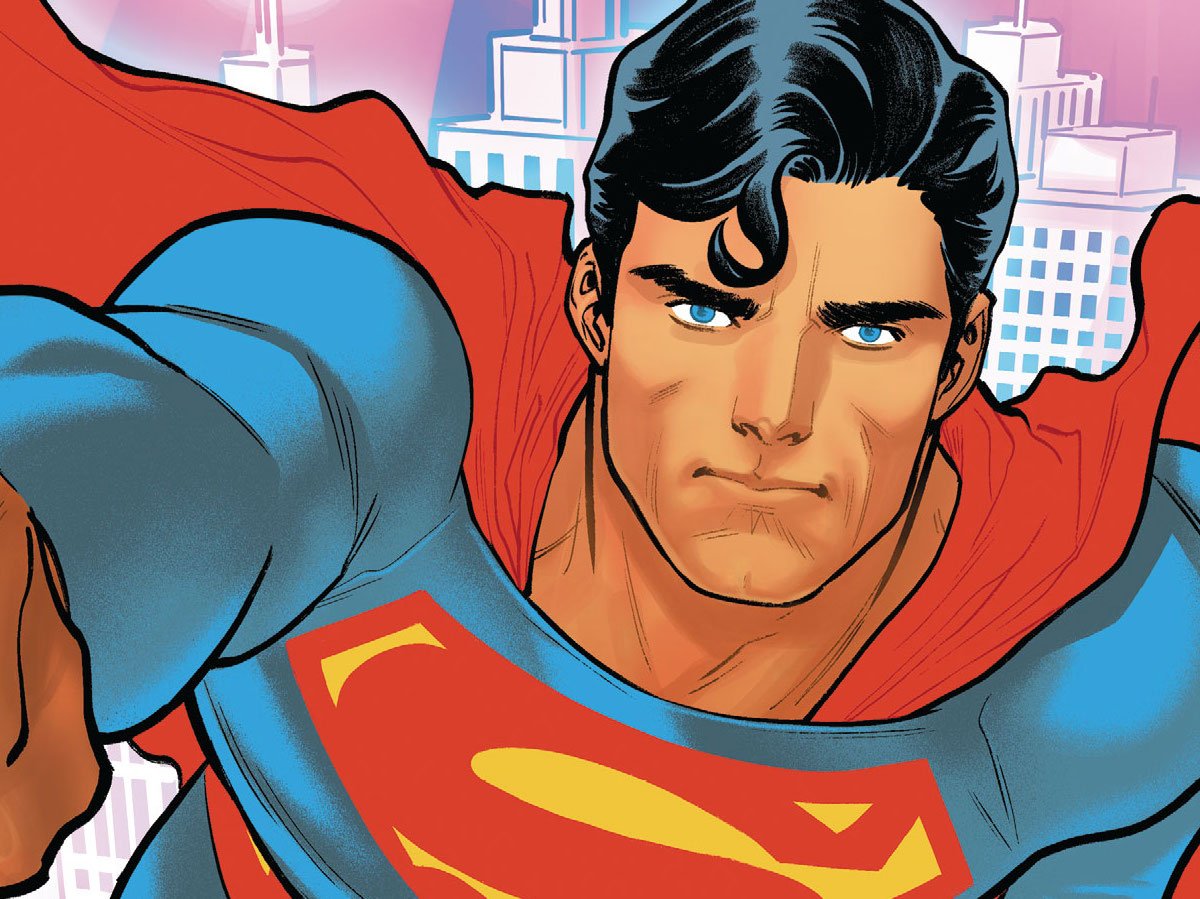 Ray: The penultimate issue of this throwback miniseries continues to deliver the greatest Superman movie that never was. When we last left off, Superman had been transported into the bottled city of Kandor where he met his parents for the first time—but a last-ditch effort to escape and a scheme to contact him by Lois and Luthor raised Brainiac’s attention once again. The sinister alien intelligence decided that humanity needed to be contained, and began the plan to bottle Metropolis. Artist Wilfredo Torres does a fantastic job in this scene, showing the confusion and horror of the citizens of Metropolis as their city starts to defy gravity and physics. Torres’ biggest strength is the way he can capture both massive-scale chaos and intimate reactions in the same scene. I was a little surprised by Luthor’s absence from this issue’s action, as he played a pretty big role in the setup.

Superman, meanwhile, is making a last-ditch attempt to transport himself out of the bottle and back to his adopted city—which means he has to say goodbye to his parents again. This brief reunion has been the emotional heart of the series, and the final scene between the three of them is one of the best moments of the run so far. But once Superman gets out, it’s a no-holds-barred fight to the end. Brainiac has been more of a hands-off villain for much of this run—which fits with most of the villains from the film series, although I suspect that’ll change next issue. Instead, a trio of Brainiac robots straight out of ’50s sci-fi horror make up the heavies. This is an old-school comic in the best way, capturing Superman at his best in a story with high-stakes and a timeless feel. It might not be quite as ambitious character-wise as its Batman counterpart, but it may be a better tribute to its title character.