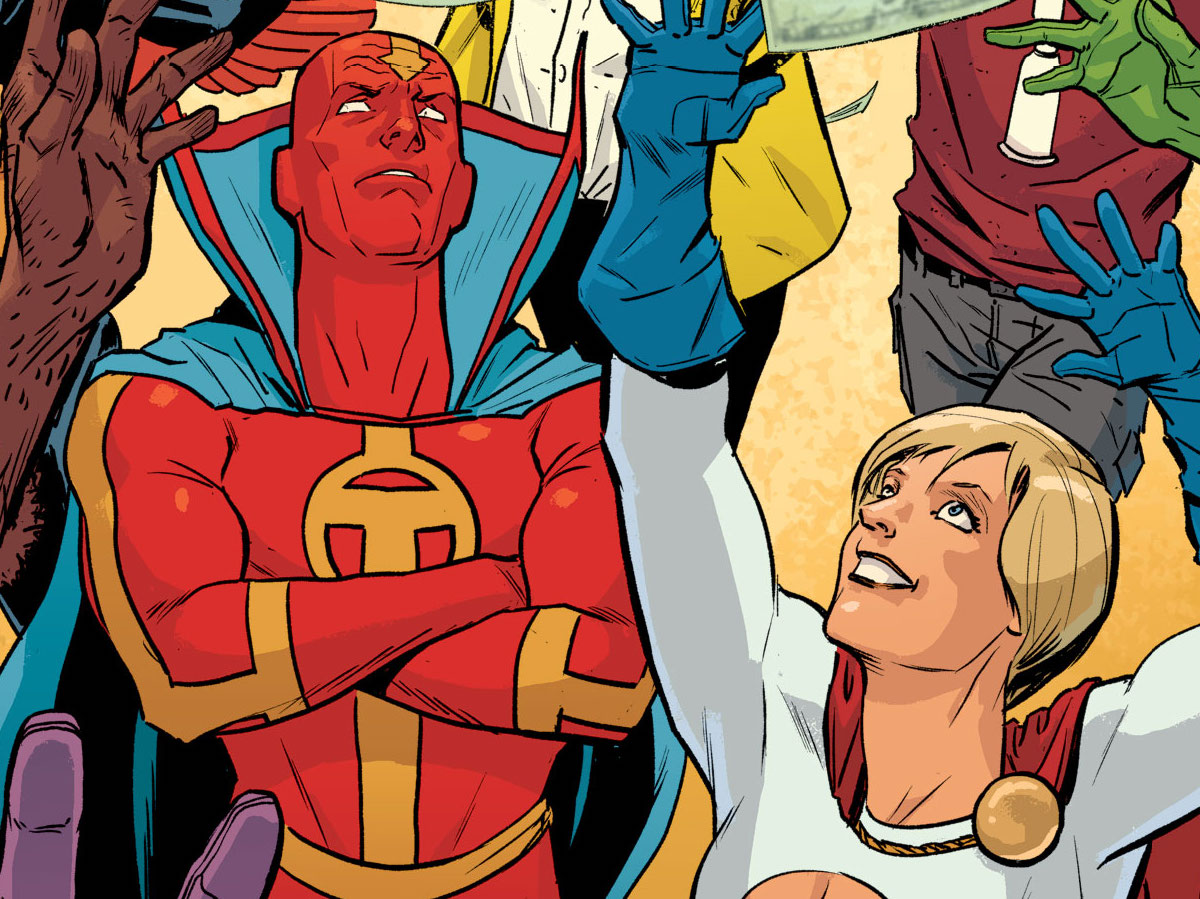 Ray: It’s a new Mark Russell superhero satire, which means we’re probably going to get some absurdity featuring D-listers and maybe something surprisingly profound along the way. This satire of the gig economy seems to have more on its mind than even Russell’s usual fare, though, and it sends us into a slightly off-kilter world where B-list to Z-list heroes have started their own company. Wouldn’t you like to hire a superhero for security or just to show up at your party? Led by Red Tornado and Power Girl and featuring workers including Minute Man, Black Condor, and the Heckler, it’s not exactly an all-star operation and flashbacks show us how these former Justice Leaguers fell on hard times or decided to change careers. But at its core is a much darker theme—namely, the fact that these men and women gave up the prime of their careers for the greater good, and it chewed them up and spit them out.

That becomes clear with the other main character, Gangbuster. Jose Delgado was a B-list Metropolis vigilante who worked with Superman, but now he’s a hulking and possibly brain-damaged homeless man who gets released into Red Tornado’s custody from a mental hospital. This book is a really good depiction of PTSD and the way it manifests itself in some very challenging ways that make people turn their backs on the sufferers. It doesn’t feel like a straight-forward comedy so far, but it does have some hilarious dialogue mixed in with some very pointed comments about the way the gig economy exploits people. I’m not sure it serves all the characters well yet—the cliffhanger in particular will make fans of one character a little antsy. But it’s a unique book that tackles a very different side of superheroes, and I wouldn’t expect anything besides greatness from Russell’s DC work by now.

Review – The Dreaming #3: Reign of Gallows