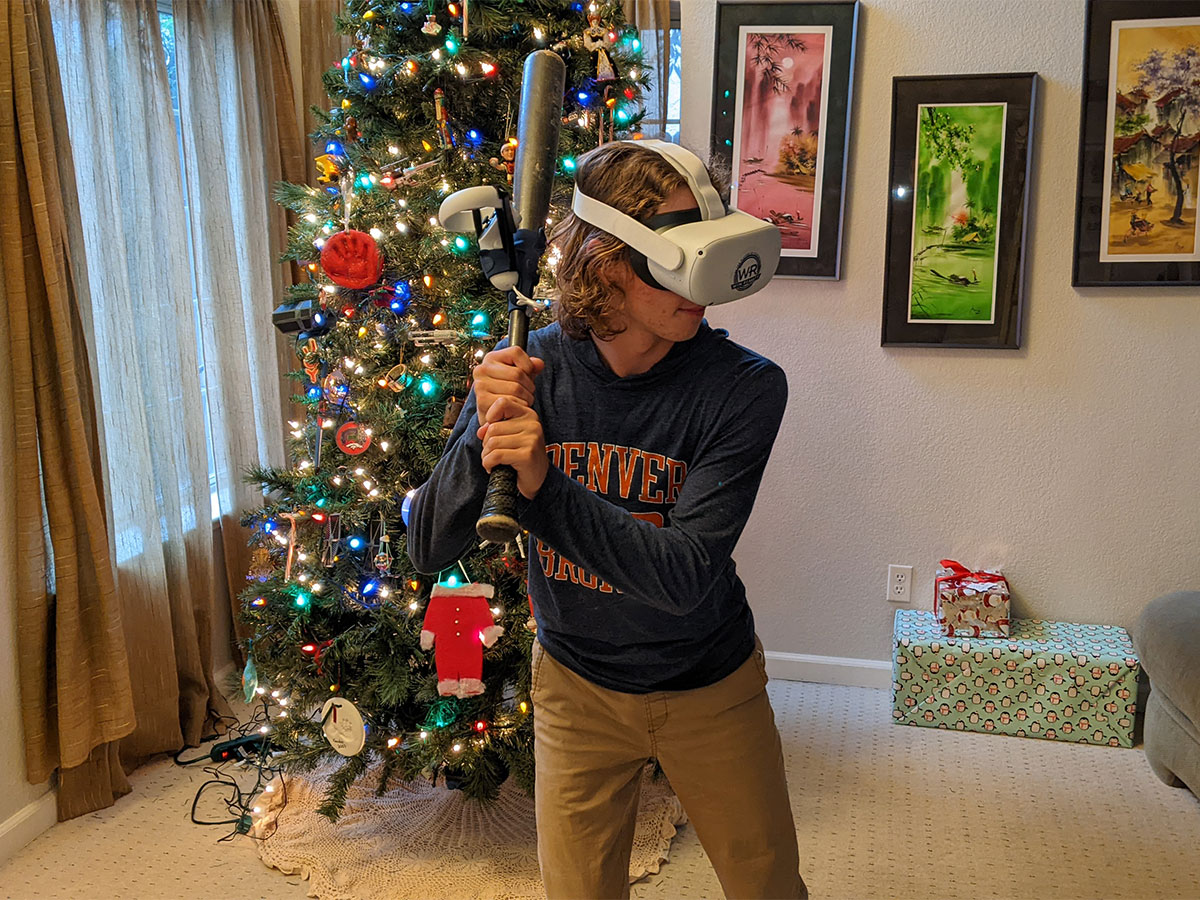 I heard once that the hardest single thing to do in sports is hitting a major-league fastball. I have no real idea if that’s true (I saw it on the internet, so it must be true), but I can say that now that I have had the opportunity to see a fastball (virtually) thrown by a (virtual) major league pitcher, I can say that it’s really, really hard.

How did I get to face a major league pitcher? No, I don’t know a guy who knows a guy, and I didn’t win some kind of contest. In fact, I didn’t even leave my house. I faced that pitching—along with a high school baseball pitcher, a 10U kid, and a high school softball pitcher, all in the (relative) comfort of my living room thanks to the WinReality VR system.

WinReality is designed as a baseball training system that puts you in a virtual reality environment and lets you work on your batting. And it’s kind of brilliant.

My son has been playing baseball since we first signed him up for youth ball when he was 4. He’s now 16 and has played for his high school team. But I never played baseball growing up. In fact, I wasn’t even a fan of the game until I worked for the San Francisco Giants in my mid-20s. So I was always limited in how much I could help my kid as he progressed through the years. Yes, there are batting cages around, but while they are great for getting in reps, they don’t help much in actual teaching, and, also, facing a batting machine doesn’t help you with things like release point and pitch recognition. I was always useless—if we went up to try to have him hit, I was as likely to hit him with a pitch as I was to get the ball anywhere near the plate. (He’d insist that I was in fact more likely to hit him.) And, of course, both of those options were dependent on time, weather, availability of the cages or fields, and the rest.

I only wish we’d had the WinReality system years ago.

First, some technical details: the system works on the Oculus 2. The folks at WinReality were kind enough to send us an Oculus unit for testing, but this review is about WinReality, not Oculus. I will say that I was glad to finally see a VR headset that didn’t require a connection to a high-end computer (it’s in fact totally self-contained), but, otherwise, I’m not going to go into the hardware.

Well, not the Occulus hardware, anyway, because there is one piece of hardware that WinReality comes with that’s simply brilliant: a strap that allows you to attach one of the controllers to a bat. They also sent me an undersized bat to test out, which was fun and all, but my son greatly preferred using his real bat. And because there’s no tech involved in the bat itself—the VR is still being run through the controller—anyone working with the system can use any bat they want. (And there is, of course, the real value to practicing with the bat you plan to use in real game situations.)

Once you sign in, you’re put into a very cool virtual stadium and given three main practice modes: “assignments,” “practice,” and “batting cage.” The first of those steps you through a series of exercises to work on pitch recognition, speed, and batting. The second is more like a sandbox mode, so if you only want to work on pitch recognition, you can just do that. And the third is a virtual batting cage, where you can just get your reps in against a wide variety of pitching types.

I played around with the system a bit so that I could talk about it here first-hand, but I mostly observed my son working in it. And work in it he did. He hasn’t done as much batting since the end of summer ball as he did in the week he spent working away in WinReality. He’s at the point where he really can just benefit from the reps in the batting cage mode, although he definitely found the other modes fun to work with as well.

Given how impressive the hitting exercises were, my only real disappointment was that the system is only for hitting. I think it’d be great if they expanded the system to help with fielding positions as well. And while I’m wishing for things, an umpire mode would be awesome. Umpiring is how I am active in baseball these days. I umpire for my local Little League, and I’m in charge of training new, mostly youth, umpires, and if we had a system similar to this to help identify balls and strikes, it’d be amazing. Maybe someday.

But the fact that it doesn’t include things that it wasn’t designed to include shouldn’t be taken as anything other than my own wishful thinking. What you get with WinReality is worth every penny (more on the cost below).

Will the practice in WinReality help? At this point, there’s no way to be sure, at least with my son. We’re in that terrible time of the year known as “the offseason.” But the company trumpets its work with dozens of college programs across the country. And I’ve been around baseball for long enough now that I do understand what kinds of skills batters need, and from what I saw, this fits the bill really well.

I will say that none of this is cheap. An Oculus, if you don’t already have one, will set you back either $299 or $399, depending on how much internal memory you want. And then WinReality works on a subscription model: $19 per month if billed annually. The bat attachment by itself is a one-time $21 fee, and the hitting bundle, which includes both the bat attachment and a swing tracker that fits on the end of the bat and improves the ability of the system to evaluate your swing, is $99. So, an “everything” package is going to run you $327, plus the cost of an Oculus.

But here’s the thing to keep in mind: $327 for unlimited time with what amounts to a virtual hitting coach is a bargain. A live hitting coach, at least where we live in Northern California, is going to run around $50 per not-quite-an-hour session. So in just 7 sessions, you’re already spending more than you would on WinReality. Even if you need to buy an Oculus, and get the higher-end one, you’re looking at starting to save money after just 15 lessons. And, of course, that doesn’t account for extra costs like travel to and from the coach, or the fact that with a coach, you’re getting one lesson a week. With WinReality, you can learn as much as you want per day (or, more accurately, as much as the Oculus battery will allow you to learn per day).

Given that, we’re very seriously considering getting our son this system for Christmas (the review unit was only a loaner). After having spent just a small amount of time in it, but watching him spend even more time, I’m convinced that it’ll make him a better baseball player. 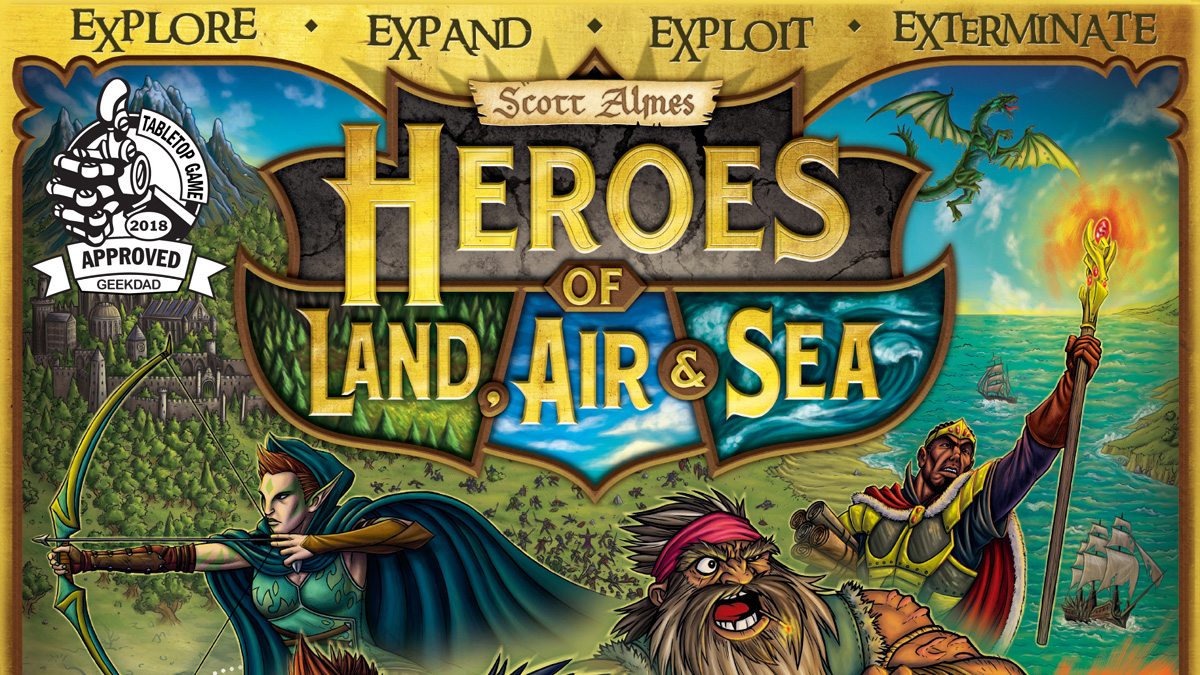 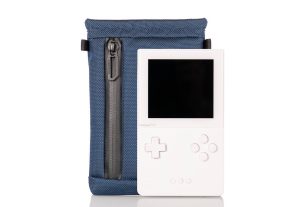